Celtic Quick News on News Now
You are at:Home»Football Matters»SVIATCHENKO WARNS HOOPS PALS
By CQN Magazine on 26th March 2016 Football Matters
ERIK SVIATCHENKO wants to complete a perfect year by helping to dump Scotland at Hampden on Tuesday.
Celtic’s £2million January signing from FC Midtjylland is likely to have a face-to-face confrontation with Hoops team-mate Leigh Griffiths when Denmark take on Gordon Strachan’s side in the friendly. 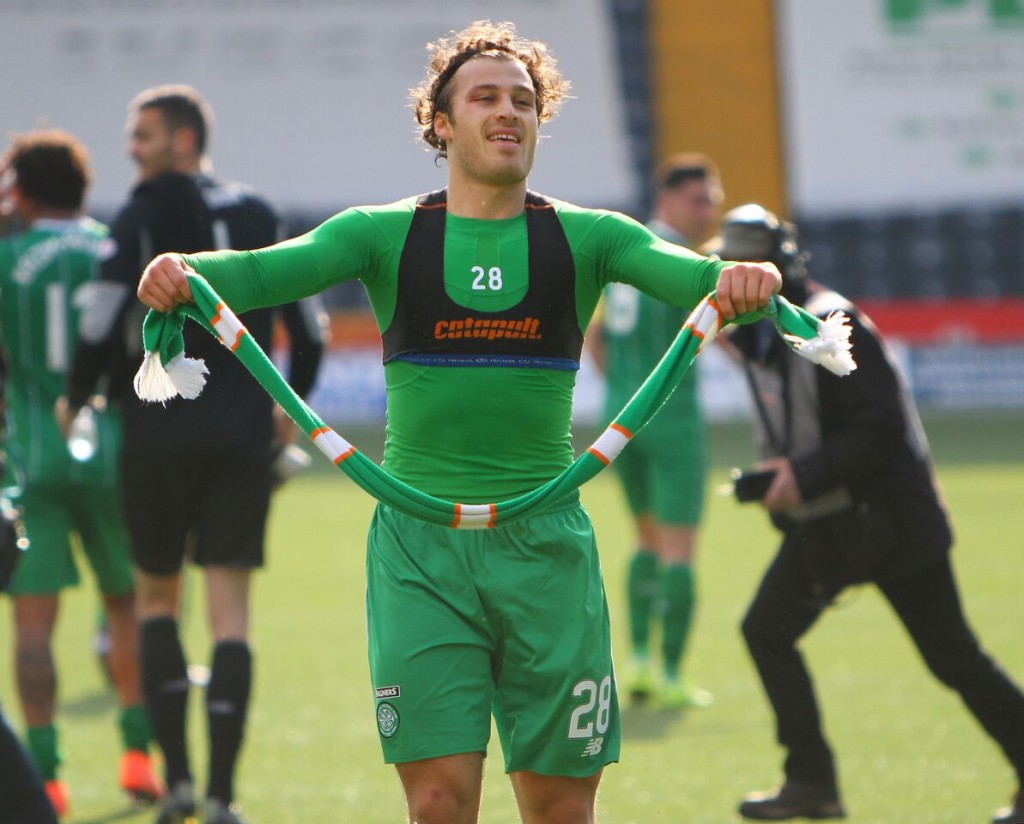 The central defender’s career has soared in the last 12 months since making his international debut for his country in a 3-2 win over the United States in Aarhus when former Arsenal striker Nicklas Bendtner claimed a hat-trick.
He featured in the Danes’ 2-1 victory over Iceland during the week and now has the Scots in his sights.
Sviatchenko said: “Exactly one year ago I made my debut for my country. I am honoured and very proud to be representing my national team.
“We enjoyed a victory (over Iceland) and now we are preparing for the game against Scotland.”
He has featured in 10 successive games for the Hoops since coming on to make his debut as a substitute for the red-carded Efe Ambrose in the 3-1 League Cup semi-final defeat to Ross County on January 31.
Scotland fans will be hoping he endures another defeat at the national stadium in midweek.
But Sviatchenko will want to make life tough for fellow-Celts Craig Gordon, Scott Brown, Charlie Mulgrew, Kieran Tierney, James Forrest and Griffiths who could all get game-time from ex-Hoops boss Strachan.