The thoughts of the irrepressible Bertie, who sadly passed away in November last year at the age of 83, are revealed by his long-time friend, author Alex Gordon, who co-wrote the Hoops legend’s best-selling autobiography, ‘A Bhoy Called Bertie‘.

CELTIC faced our old Rangers foes in a League Cup-tie on a gloriously sunny evening at Parkhead on August 30 1967.

We knew a victory would put us through; a defeat would knock us out of the tournament we had won the previous year when a goal from Bobby Lennox gave us a 1-0 triumph over Rangers in the Final at Hampden.

On this occasion, though, we were smack in trouble as Rangers took the lead early on through Willie Henderson and were then awarded a penalty-kick deep into the second-half. Something remarkable happened after that and it gave us all the wake-up call we urgently needed.

Kai Johansen stepped up to take the kick and thumped it high past Ronnie Simpson. But the ball crashed against the underside of the crossbar, bounced down and a posse of Rangers players raced into the box to get to the rebound. Johansen was first on the scene and got his head to the bouncing ball.

I’m sure there were a couple of other Rangers players in the vicinity who wanted to finish off the job. The referee immediately awarded Celtic a free-kick because Johansen had two consecutive touches of the ball without the opposition getting a kick.

HELPLESS…Ronnie Simpson has no chance as Willie Henderson puts Rangers ahead in an unforgettable League Cup confrontation at Parkhead on August 30 1967.

Every Celtic player took a deep breath. We knew we had been let out of jail. We realised how fortunate we had been. There was no getting away from it. With twelve minutes to go in front of an all-ticket crowd of 75,000, we had been given a second chance; a lifeline and we grabbed it. Willie Wallace levelled after their goalkeeper Erik Sorensen failed to clear a corner-kick and, in rapid succession, Bobby Murdoch put us 2-1 ahead and Bobby Lennox finished it with the third.

The Rangers players looked aghast and who could blame them? They were so close to taking a 2-0 lead and then, in a whirlwind spell, we had completely turned it around and finished 3-1 winners. Our rivals didn’t know what hit them. I’m glad to say we went on to beat Dundee 5-3 in the Final to retain the trophy.

A year before that was another occasion where Rangers didn’t know what hit them and were two goals down inside the first three minutes. These games were normally quite tight as the opposition weighed up each other in the opening spell – just like two boxers in the first round.

On this occasion, though, I scored in the first minute and Chopper flighted in a gorgeous second from the edge of the box. I had a good laugh when I scored and my old mate Joe McBride – Jose to his friends – won’t thank me for this recollection. Wee Jinky fired over an inviting cross from the right and it looked as though Jose was certain to score. He lashed at it and got a fair chunk of fresh air. 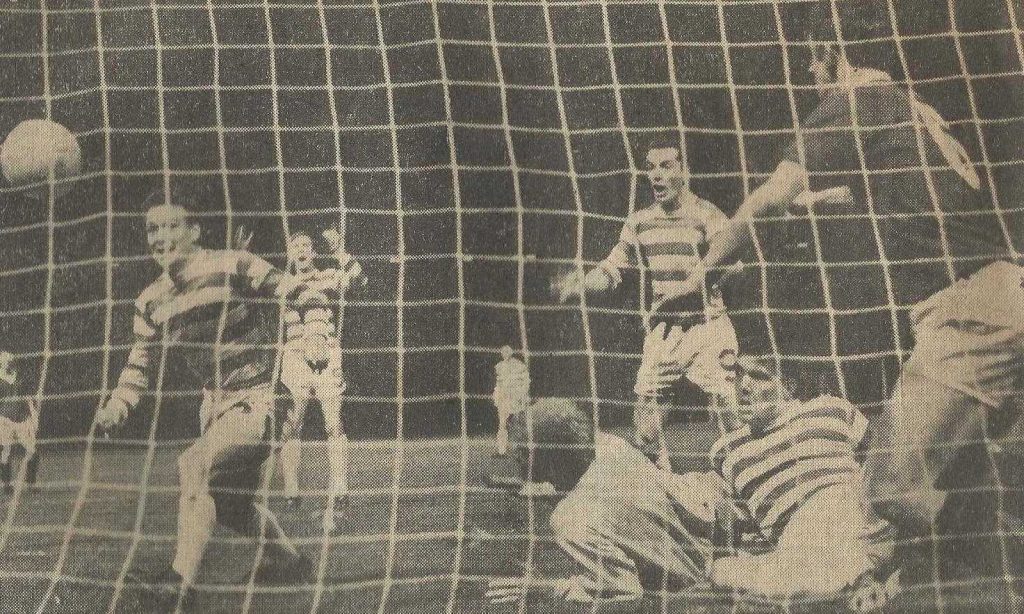 THE EQUALISER…Willie Wallace forces the ball into the net from close range with team-mate Bobby Murdoch and Rangers keeper Erik Sorensen on the ground. 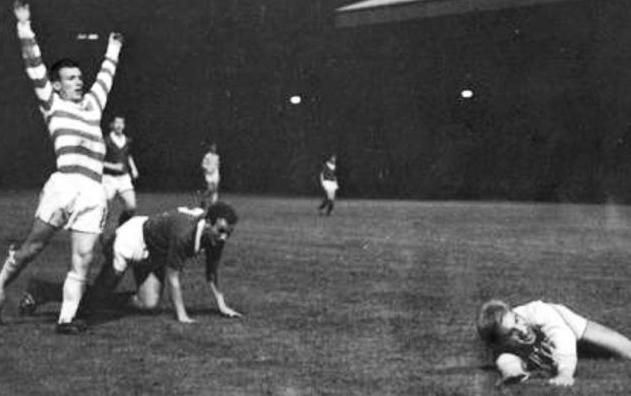 THE CLINCHER…Bobby Lennox rolls the ball wide of the diving Erik Sorensen to complete an astonishing fight back with a 3-1 victory on Celtic’s way to beating Dundee 5-3 to claim the League Cup in 1967.

The ball carried through to me and I planted it behind Billy Ritchie. Now Jose didn’t know whether to congratulate me or burst into tears. He is one of the biggest Celtic fans you are ever likely to meet, but, and I believe I am right here, I don’t think he ever scored a goal for us against our Old Firm rivals.

Yet the guy was so prolific against just about every other team in the league. He racked up 35 goals in 1966 before sustaining a horrendous knee injury against Aberdeen at Pittodrie on Christmas Eve. That was the end of the season for this genuinely lovely bloke yet he still finished as the top goalscorer in the country.

Jose didn’t even get on the scoresheet in the January 3 game in 1966 when Celtic beat Rangers 5-1. Stevie Chalmers snatched a hat-trick with Chopper and Gallagher adding two more. The extraordinary thing about this match was that our Ibrox pals had led 1-0 at half-time after a 90-second goal from Davy Wilson.

Talking about Gallagher, I must say he was a very clever and cultured player, but Big Jock didn’t believe we could play in the same formation. That was more than a little strange because Charlie and I played in the 1965 Scottish Cup Final success over Dunfermline and combined to score our first goal.

Jock stuck to his guns, though, and, therefore, we rarely teamed up in midfield. Charlie, of course, could have gone elsewhere and been guaranteed first-team football, but he loved Celtic so much he decided to stay and hope he would get his opportunity. When he was called up, I can tell you he never let the team down. Not once.

Games against Rangers never passed without incident, take it from me. I recall getting a telling-off from the Celtic management after a daft wee incident against Rangers. Their big defender Harold Davis scored an own goal in a Glasgow Cup-tie at Parkhead in 1960 and I couldn’t prevent myself from ruffling his hair as I raced past him.

It was meant to be playful, but Davis, who was built like a heavyweight boxer, didn’t find it amusing. I must have been on the brave pills to have done such a thing because Davis never took any prisoners when he was out on the pitch. I think he had been decorated in the war, too. 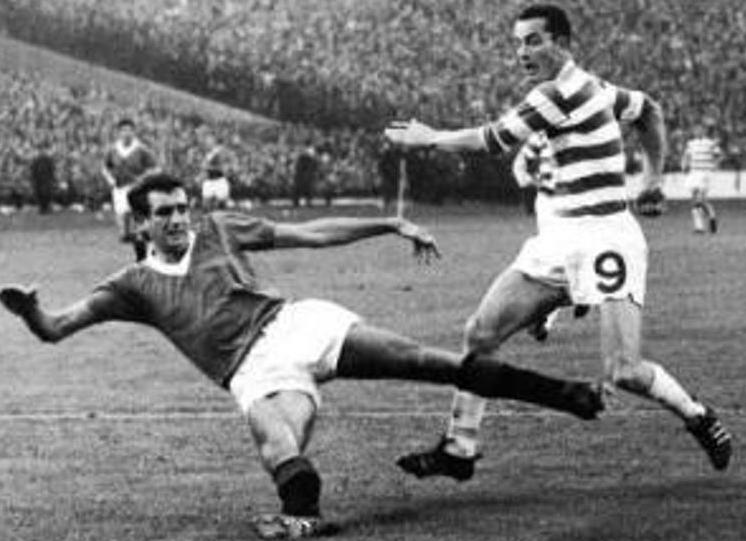 As I ran back up the park I looked over my shoulder and there was the Rangers defender, red-faced with steam coming out his nostrils, chasing after me. I didn’t realise I could run so fast. Thankully, he didn’t catch me and simmered down shortly afterwards.

Actually, the same thing happened in reverse in a Scottish Cup-tie at Parkhead in February 1970. This time Cairney, Jim Craig, put the ball behind Evan Williams to net for Rangers and Willie Johnston patted our disconsolate right-back on the head.

Cairney, thankfully for the Ibrox forward, didn’t possess a short fuse on his temperament and at least didn’t race after him all the way to the halfway line.

It didn’t matter in the end as we won 3-1 with goals from Jinky Johnstone, Bobby Lennox and Davie Hay.