CELTIC travelled to Partick Thistle making a few changes to the side that dispatched Aberdeen last Friday evening.

The Hoops calmly stroked the ball around the park until the first goal came. Andrew Dallas awarded a penalty when Paddy Roberts was fouled, with Leigh Griffiths scoring the resulting penalty. This was the Hoops 100th league goal of a remarkable season. 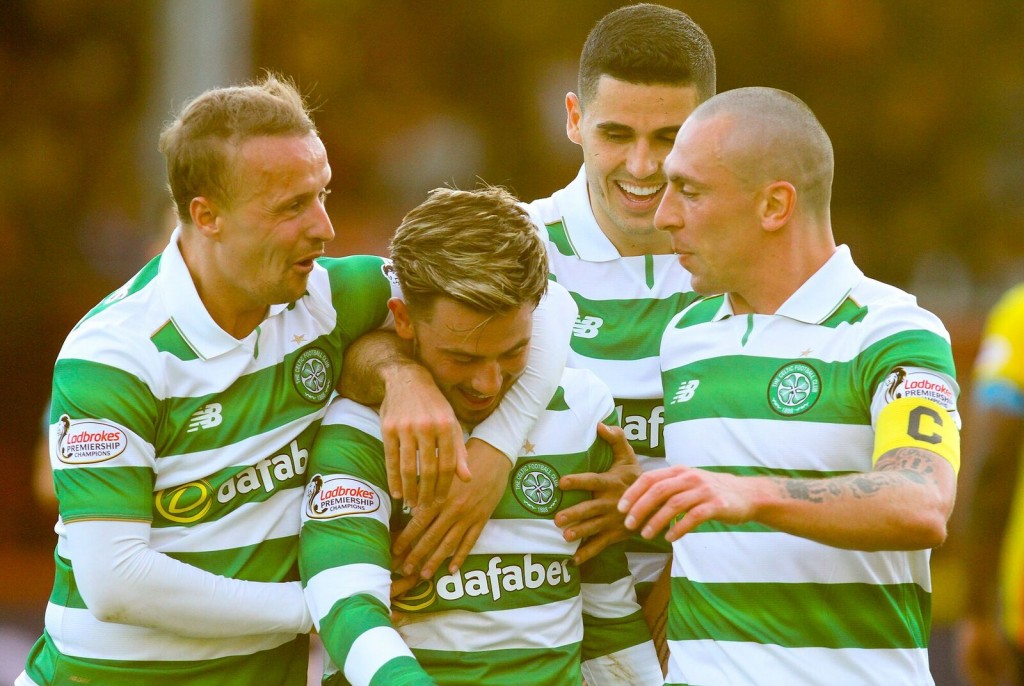 Celtic put Thistle under constant pressure with the lead being doubled after Tom Rogic latched on to a cross by James Forrest. This resulted in Jags keeper Tomas Cerny picking up an injury. After this Celtic settled down and continued to play the dominant possesive football which we have watched all season.
Shortly before the end of the first half Roberts rocketed the ball into the top corner to put Celtic on easy street.
For the most part of the second half Celtic were pretty quiet in front of goal, not creating many chances. Though, Callum McGregor grabbed his usual goal. He cracked the crossbar and then the ball trickled over the line. Sharply after this Celtic hit a fifth when Roberts struck another beauty.
A special mention goes out to the Bhoys that organised a very special Tifo tonight. Again, this was another top performance with Celtic looking totally unstoppable!
By Declan McConville