“No, not the Boston Celtics.”

For a Celtic supporter living in Canada, this phrase is hardwired into the brain; your chances of meeting a random Tim on the street are about as good as your odds of not getting frostbite on the walk from your car to your house. Supporting Celtic can be something of an ordeal here: the 6 a.m. wakeups; the arctic conditions in the only bar with Setanta for 100 miles; the distinct lack of beer. But, as any Celtic fan and indeed any football fan will tell you, it’s all worth it.

Growing up as I did, as a Celtic fan in northwest England, is also a strange experience. No one English believes you don’t support either Manchester United or Liverpool, and no one Scottish believes you support Celtic, what with that silly English accent. But when I used to go up for matches with my dad, I generally wasn’t allowed to wear my Celtic shirt around the city, on grounds of it being perhaps a temptation of fate.

I could hardly believe, in my youth, that wearing my green-and-white hoops should be even remotely dangerous, but with extra years the starkness of the tension between the two colours of the city became more and more evident to me. 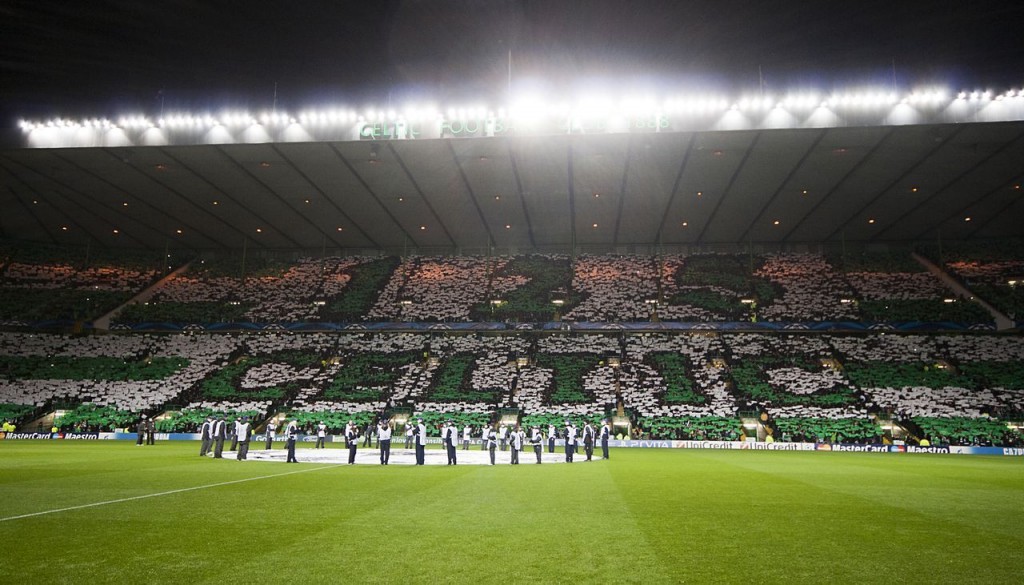 I am sure that the possible dangers of flaunting my allegiance were greatly exaggerated by a protective father, but the fact that these precautions were even hypothetically necessary is symptomatic of an incredible zealousness in the hearts of all football supporters, a fervor that goes unmatched in North America. In very few, if any, places on this vast continent is it possible to find such a large group of people so devoted to a sport, and to a team.

Undoubtedly, there are devotees of American football and NASCAR who would argue until they were blue in the face that their dedication far outstrips anything we could muster on our tiny little island, but I stand by my belief that supporting a football team goes deeper than merely showing up on match day with your foam finger and your watered-down Budweiser.

Nowhere else is this more true than in Glasgow, where supporting Celtic is something that is ingrained from birth and forms an integral part of your youth. It is an almost ideological divide that runs down the middle of the city, something that sadly runs over into a cultural and even religious conflict. Explaining the history and meaning of Celtic to the uninitiated is often quite trying: yes, since the 1800s; yes, as a charitable cause; yes, we’ve always played in Glasgow; yes, I’m serious no, absolutely no vuvuzelas.

his past autumn, when the National Hockey League franchise owners locked out its teams on salary disputes, effectively bringing the entire hockey industry to a grinding, shuddering halt. While these kind of pedantic goings-on are now fairly commonplace in North America – in the last twenty years, I count nine work stoppages in the professional sports leagues – the idea of even one matchday being cancelled due to labour disputes is inconceivable. Football fans wouldn’t stand for it.

The season finally begins January 19th, and while the players who signed with Russian teams in the interim were on the first flight home, the number of fans I have informally polled over the last two weeks who say that they will not be returning to the bleachers, or who are even selling their season tickets, is staggering.

Perhaps it’s the franchise system, whereby any team deemed to be performing undesirably can be unceremoniously uprooted at any moment and moved to a city with deeper pockets, but there does not seem to be the same camaraderie between hockey fans, the same unity of purpose or strength of devotion that you see in football. 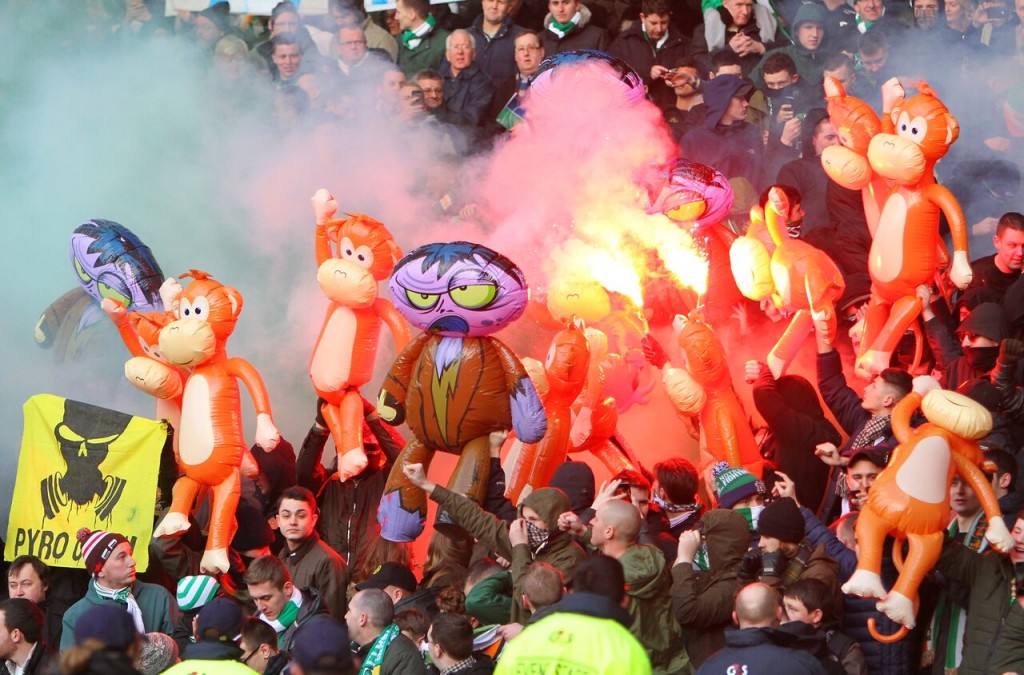 The atmosphere at the games for my local team, the Ottawa Senators, is nearly non-existent, even on a sellout night. The closest thing I ever get to the goosebumps of hearing “You’ll Never Walk Alone” is being confronted with the prospect of an eleven-dollar slice of pizza. Whenever I hear about someone’s plans to visit Scotland, I implore them to visit Paradise, just to experience the walk to Celtic Park, the songs, the love, the hatred, the mason in the black, and the feeling of 62,000 people’s collective will being exerted on a tiny leather ball.

Obviously I accept that I am by no means an unbiased auditor of the situation. But even on my trips to Anfield and Old Trafford, even on my trips to see Northwich Victoria take on a field of part-time decorators and electricians in front of a crowd of 32, there’s still something intangibly more special about cheering your team on from the stands and hurling vicious insults at the paltry away support.

And even if you can’t be there, even if you’re stuck in a freezing cold pub at 7 a.m., clutching a coffee and staring stubbornly at the flickering feed, you know that you share an unspoken bond with every bleary-eyed, unshaven Tim in the pub, and indeed all over the world; in some ways, it’s just like being there in the flesh.

Written by Greg Martin for CQN