Celtic Quick News on News Now
You are at:Home»Football Matters»LENNON: ‘NO REGRETS AFTER McCOIST BUST-UP’
By CQN Magazine on 14th April 2016 Football Matters

NEIL LENNON insists he has “no regrets” over his furious touchline feud with Ally McCoist when Celtic beat the Ibrox side in an explosive Scottish Cup-tie at Parkhead five years ago.

The pair had to be separated after going face-to-face at the end of a volcanic replay which was settled by a goal from Mark Wilson.

Lennon, who will be at Hampden on Sunday for the Scottish Cup semi-final, said: “It is something that the game does to you, it brings out instincts in you that you probably wouldn’t normally show. 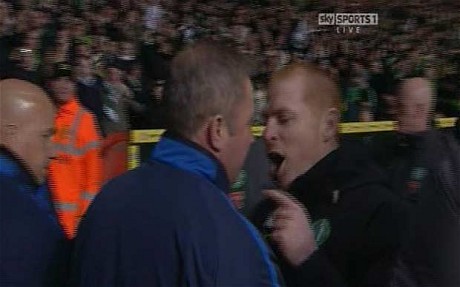 “But there is just so much pride at stake as well when it comes to these games. It means a lot to both sets of staff, both sets of players and certainly both sets of fans.
”There was a lot going on that night and I have no regrets. I am sure Ally doesn’t have any regrets, either.

“In the cold light of day, you are thinking ‘what are you doing’. But, at the time, we both reacted.”

The Hoops will head to Hampden as overwhelming favourites to beat the new Sevco club and book their place in the final against Dundee United or Hibs, who play on Saturday, and move within 90 minutes of another domestic double.

Ronny Deila could hand starts to the likes Erik Sviatchenko and Patrick Roberts and Lennon, who was sacked by Bolton last month, said: “Even in my first game all those years ago, the first 45 minutes was a blur. I was lucky because we played them back-to-back, so it was a Wednesday night and then a Sunday.

“So, I was really well prepared for the second game. For the novices and the debutants, it is going to be something different that they have never experienced before.”