SCOTT BROWN insists no-one at Celtic will panic, despite the feeble performance that brought Livingston their historic first victory over the champions yesterday.

The Hoops were left with 10 men following the 25th-minute dismissal of Ryan Christie – his first red card in his career – and toppled to a 2-0 loss with second-half goals from Scott Robinson and Lyndon Dykes.

It was by far the team’s worst performance of the campaign and it was the first in which they have failed to score after netting in 19 of their previous fixtures.

And the loss also meant the Parkhead outfit had dropped five points out of six following last week’s 1-1 stalemate against Hibs at Easter Road.

In a weekend of woe, Neil Lennon’s side were removed from top spot in the Premiership after Steven Gerrard’s men had beaten Hamilton Accies 5-0 at Ibrox and are now points ahead.

The Celtic captain, 34, has been involved for far too long to accept titles are won in October and he promised the dejected supporters there would be a positive response.

Brown, speaking to the Daily Record, said: “We always expect a reaction. It’s disappointing, especially going into the international break when you have a couple of weeks until your next game.

“Sometimes it can be good for you, as well. We’ve had a wake-up call before when we’ve lost the lead during the season and we’ve managed to bounce back.

“This team has that grit and willingness to win games. This wasn’t our day, we didn’t perform, but it’s a long season and we know we can do better.” 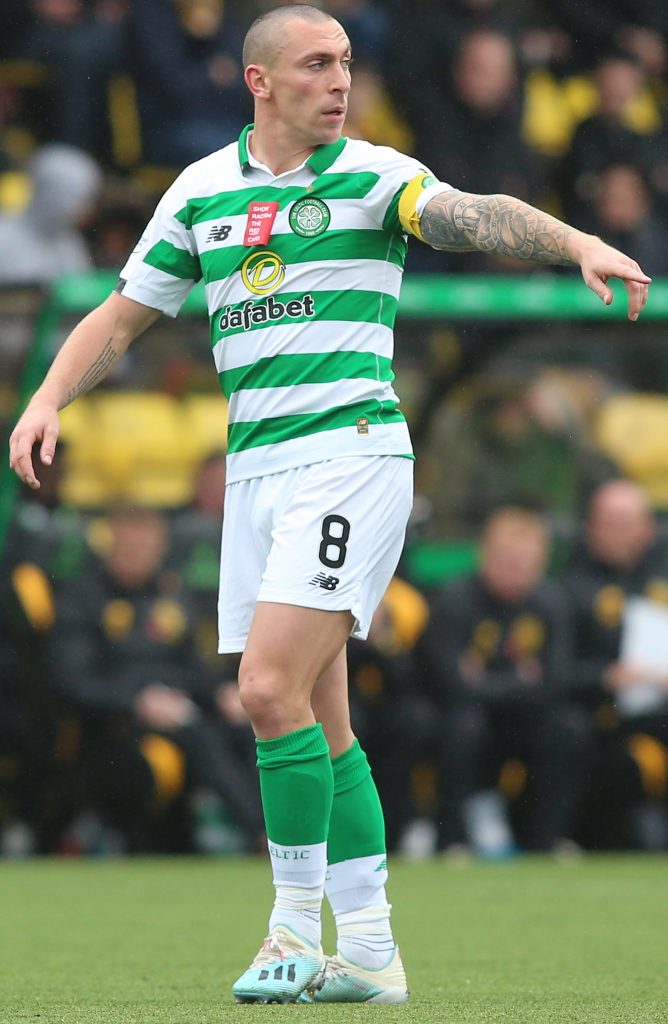 Celtic had been averaging over three goals a league game before their recent visit to Easter Road where they gifted Paul Heckingbottom’s outfit the lead with an own goal from Kristoffer Ajer and had to rely on a headed equaliser from Christie who will now miss the forthcoming games against Ross County and Aberdeen.

Brown added: “Playing at lunchtime had nothing to do with it. As for plastic pitches? For us, we can’t play our normal game and move the ball quickly.

“It slows it down a little bit, but it’s up to us to play better.

“We can go direct and we chopped and changed and put two up front, as well. It wasn’t our day and we need to go back and assess what happened.

“Livi made it extremely difficult for us. They were very aggressive, on the front foot and defended well and we didn’t play as well as we should have.

“We want to win every game. It’s not just these games, it’s every single game at home and away. Dropping three points is disappointing.

“But it’ a long season and we need to make sure we get over that and play better in the next game.”