And the Ibrox frontman, on loan from Nottingham Forest, has threatened to ruin the Hoops’ bid for historic back-to-back double trebles.

Cummings scored the first hat-trick of his career as he steered Graeme Murty’s men to a 4-1 win over Paul Hartley’s Championship outfit Falkirk in Govan yesterday.

And his treble strike set up a Scottish Cup semi-final meeting with Brendan Rodgers’ outfit at Hampden next month. 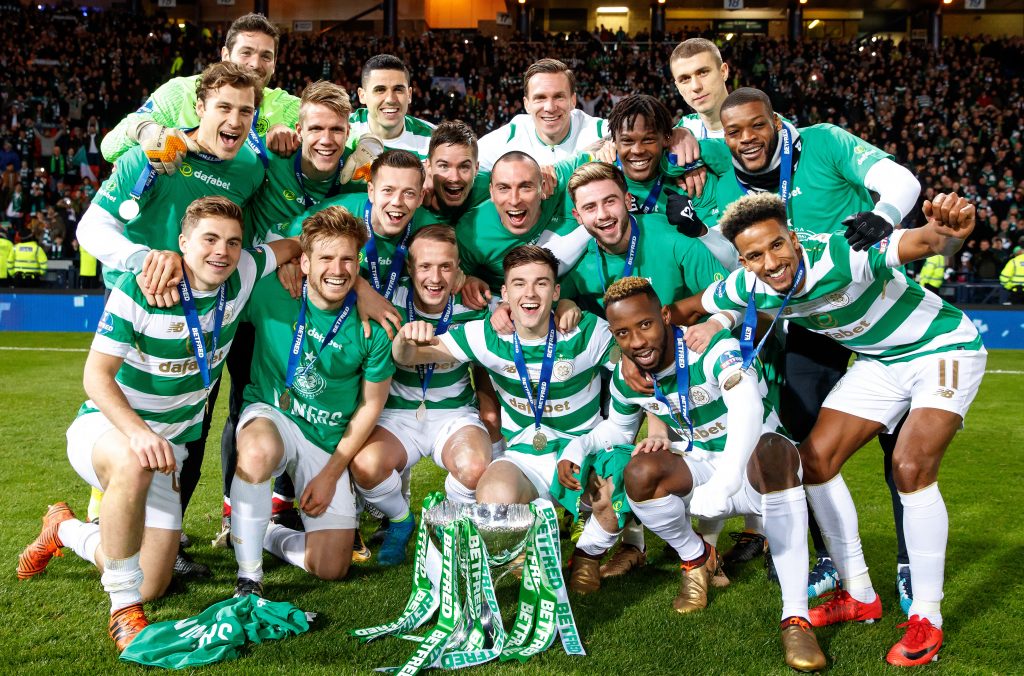 The ex-Hibs attacker is desperate to derail the Parkhead juggernaut, starting on Sunday in the Premiership clash at Ibrox.

He said: “We just want to do our best. Obviously, it’s going to be hard, but if we win every game and put a bit of pressure on them (Celtic) that’s all we can do, starting next week.

“We’re going to go and try to beat them, that’s what we’ll set out to do and push them as far as we can.

“Of course, we don’t want to see Celtic winning trebles and winning all the time.

“We’re trying to put a bit more pressure on them and I feel like we are.

“We’re going to have to beat them to win the Cup, so why not just make it the semi-final? The boys are confident just now and we can’t wait to play.”