Celtic Quick News on News Now
You are at:Home»Latest News»‘WHY I WANT TO STAY AT CELTIC,’ LUSTIG
By CQN Magazine on 29th November 2016 Latest News
SWEDISH defender Mikael Lustig, who is enjoying an outstanding season, is poised to commit his future to Celtic.
The 29-year-old international right-back is out of contract in the summer after five years at Parkhead.
He is allowed to talk to other clubs in January, but Brendan Rodgers views the versatile performer as being a significant member of his first team squad and is eager to keep him at the Hoops.
Lustig said: “We will see. I love to be play for this club. I have been here for five years and, hopefully, I can be here a little bit longer.“My agent has spoken to the club, I think. I do love playing for Celtic. It is a great club and I hope we can find a solution because I would like to stay here. It is football, sometimes it takes a little bit of time.

“We will have to see what happens, but right now I am loving playing football with this group. It has been a great season, there are good times here and it is fun to be part of it.” 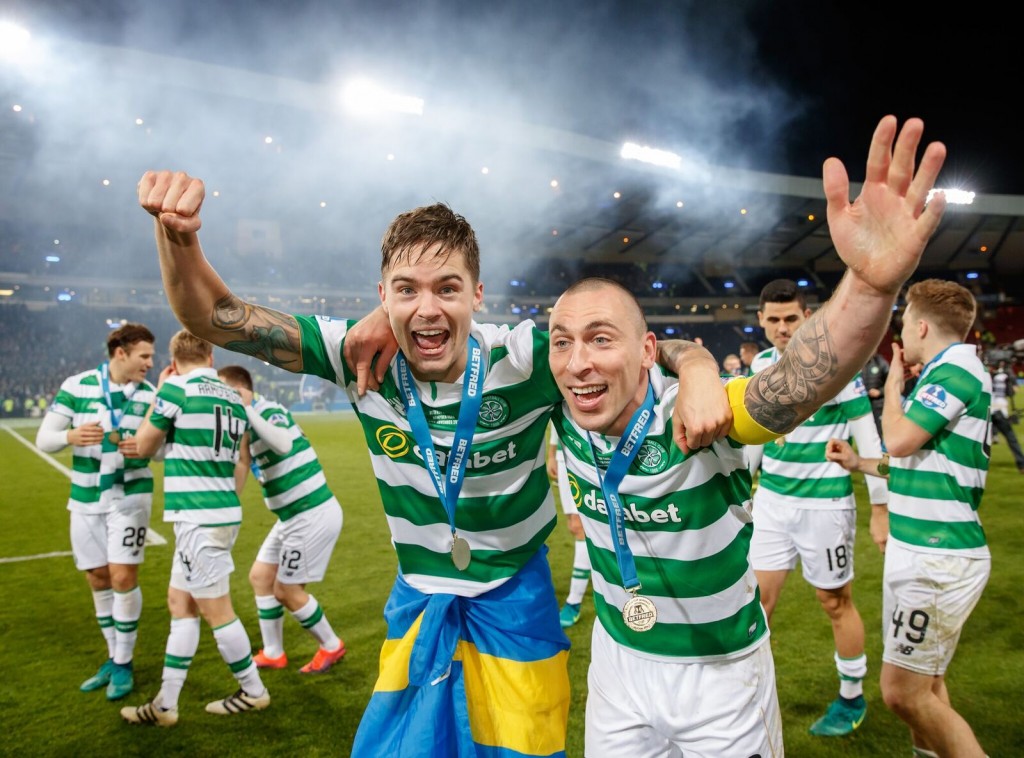 Lustig put in his expected professional performance in the 3-0 Betfred League Cup Final victory over Aberdeen at Hampden on Sunday as the club claimed their 100th trophy.
It was the first of Rodgers’ reign and the Swede believes the early success can be attributed to the desire within the squad.He added: “The manager has given us confidence and awareness. There are good players who have come into the team, but guys such as Scott Brown and James Forrest have been brilliant this season.

“You can always look to the guys who are scoring goals, but this is a proper squad. We have guys willing to come and play wherever they are asked – look at Callum McGregor and the different positions he has played this season.

“If there is someone I want to give credit to, it is him.

“We have a good start in the league and we feel solid. Hopefully, we can continue that.

“It is the full team. Watch us – when we lose the ball everyone works to get it back.

”We set a few goals at the start of the season and it is a case of so far, so good.
“Getting into the Champions League was one of them, one of the big ones, and we wanted to win everything on offer domestically, too. But we will see. We have taken a step, but that is all it is.“There is so much confidence in our team, but you have to be careful; as soon as you get a little bit sloppy it can go the other way.
“We don’t want to be thinking that no-one has beaten us yet here in Scotland because that is when there is complacency and it starts to unravel.“The manager wouldn’t allow it, anyway. We need to stay focused, but I think you can count on us to do that.”