Celtic Quick News on News Now
You are at:Home»Latest News»WHY OLI MUST DO BETTER
By CQN Magazine on 20th November 2019 Latest News

OLIVIER NTCHAM has revealed a part of his play he really needs to improve – his goal celebrations!

The French midfielder relived his magic moment when he clipped the ball into the Lazio net for the stoppage-time winner in Rome, Celtic’s first triumph on Italian soil at the 13th attempt.

Ntcham attempted an acrobatic backflip which he admitted almost ended in disaster.

The 24-year-old star, speaking to this week’s Celtic View, explained: “I slipped when I tried the flip, so that’s why I was on my hands.

“Odsonne said to me afterwards I nearly broke my neck. I was too engaged in celebrating with everyone to stop and do it again.

“It was too late to repeat it, so I need to do a little bit more on that if I am to do it again!”

Ntcham also said a heavy first touch led to him lifting the ball over the advancing keeper, Thomas Strakoshka, for his ultra-cool finish at the Olympic stadium. 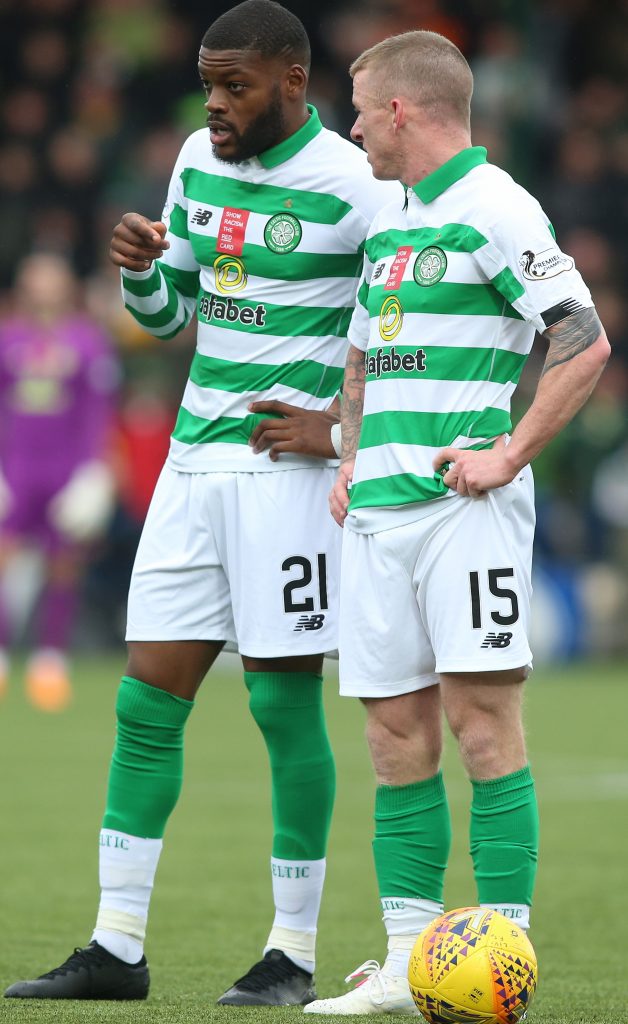 The former Manchester City man, who cost £4.5million when Brendan Rodgers signed him in the summer of 2017, came on for the tiring Ryan Christie with 13 minutes to play of the regulation 90.

He added: “I wasn’t really aware of how little time we had left when the chance came to me.

“My first touch wasn’t so great, so the only option was to lift it over the keeper. If my first touch was better I would’ve hit it hard, but I was too close to do that so I had to improvise.

“I was really proud to have helped the team secure the win and to have given the fans and the club a special moment.

“The team deserved to win the game and we were grateful to get that win.

“I want to do so much more. I’m happy for that moment, but I always want to do more and I’m not thinking too much about it.

“The goal was a good thing for me and for Celtic, but there’s more to come.