Celtic Quick News on News Now
You are at:Home»Football Matters»’77 CUP FINAL, SCORING THE WINNER, PLAYING IN THE 4-2 GAME AND MORE…
By CQN Magazine on 30th September 2016 Football Matters

ON THE ROAD – EPISODE 2 of ‘On The Road’ sees Andy Lynch discussing his Celtic career with author Paul John Dykes.

Having signed for Jock Stein’s side for £35,000 in 1973, Andy won the Scottish Cup two years later. With solid displays (and free of injury), Andy soon established himself as Celtic’s first-choice left-back.

Andy explains how, in 1977, he won another Scottish Cup when he famously scored the winning goal against Rangers from the penalty spot. This Old Firm triumph completed a memorable League and Scottish Cup double, but it was to be Jock Stein’s swansong as Celtic’s orchestrator of success.

Billy McNeill’s first season as Celtic’s manager in 1978/79 culminated in him leading his ten men to a winner-takes-all victory over Rangers in a match that is now known simply as ‘The 4-2 Game’. 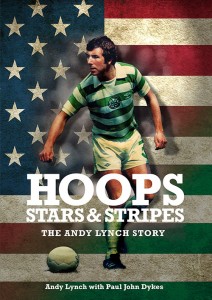 Andy Lynch’s biography – Hoops, Stars & Stripes – is the insightful life story of a former Celtic captain, who overcame adversity to play for the team of his dreams.

Enjoy this fascinating interview with the former Celtic captain below and we have also included a link to last week’s video in this 3 part series. The final episode will be published next Friday.

Andy will be coming onto CQN to do a Q&A over the next few weeks, more details will be posted when available. There’s also a great 4 page feature on Andy in this week’s edition of The Celtic View.

Hoops, Stars & Stripes is published by CQN the week after next. We have a great launch exclusively for CQN and courtesy of Paul Dykes.

Paul has given us 100 signed copies of his debut Celtic book, the much acclaimed Quality Street Gang, to give away with the first 100 pre-orders for Hoops, Stars & Stripes, which will be signed by Andy Lynch and is a brilliant read.

So for just £14.99 (plus postage) you will get not one but two great Celtic books!

This offer is available exclusive from CQNBookstore.com and you can order HERE.

You can watch Part 1  HERE.

Order your copy of Hoops, Stars & Stripes -which will be SIGNED by former Celtic skipper Andy Lynch and receive a FREE copy of The Quality Street Gang book HERE or click on the advertisement below. 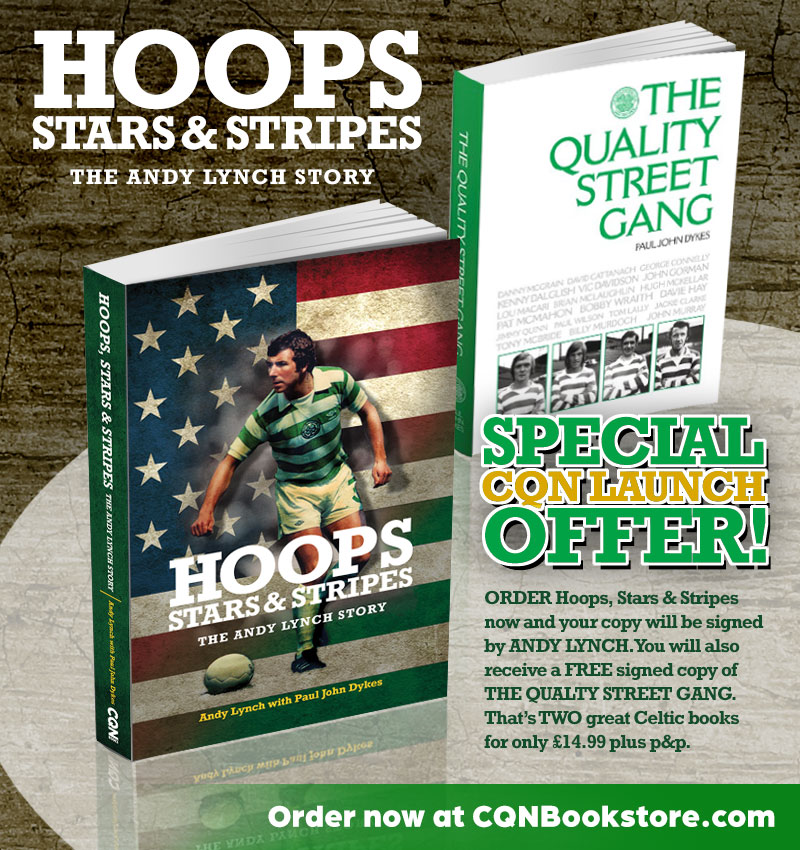