ANGE POSTECOGLOU was hit by a striker crisis at the start of last month when Kyogo Furuhashi returned from Japan World Cup duty with an injured right knee and the Celtic boss was told his main man would be out for about six games.

Odsonne Edouard had completed his move to Crystal Palace on deadline day and Leigh Griffiths had agreed a season-long loan to Dundee.

Postecoglou was left with little back-up to lead the line and Swiss international Albian Ajeti, with a mere six-goal haul since his £5million arrival from West Ham the previous summer, was his only experienced option.

THE FIRST OF MANY? Giorgos Giakoumakis thumps his Celtic debut goal past Zander Clark. 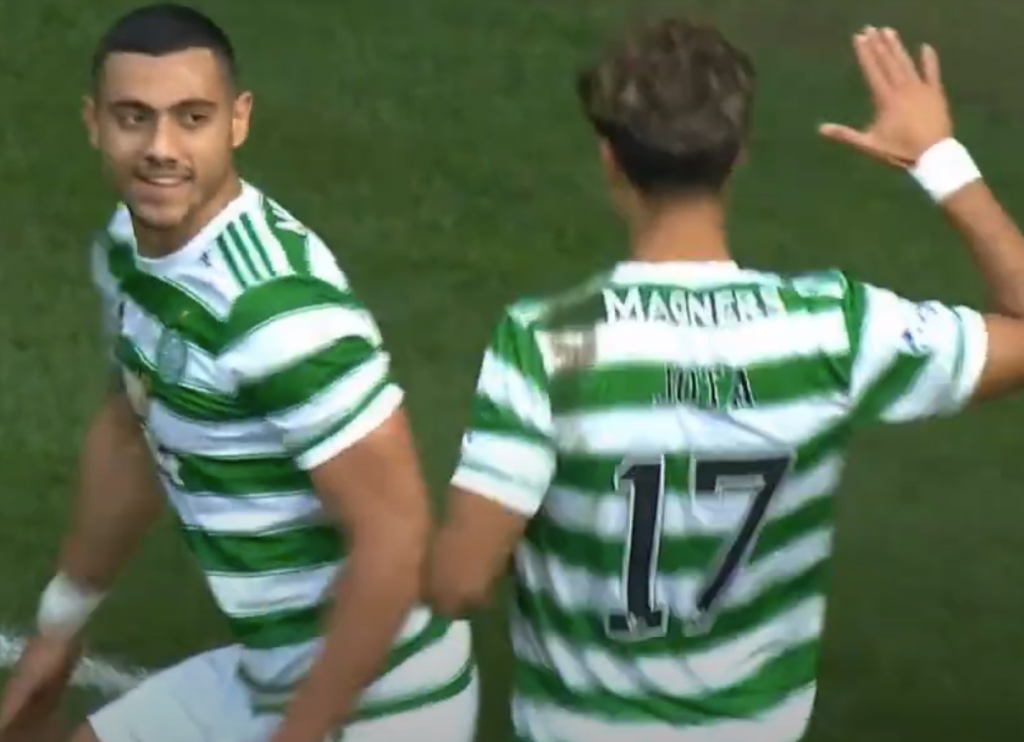 GOAL THREAT…Giakoumakis is congratulated by Filipe Jota after the opening strike against St Johnstone.

However, Giorgos Giakoumakis, the £2.5million purchase from Dutch outfit VVV-Venlo, has helped ease the problems for the Greek-Australian by proving he is getting back to full match fitness.

The powerhouse frontman made his first start against St Johnstone at Parkhead yesterday and opened his Hoops goal account with the first strike in the 2-0 victory over the Perth outfit.

Postecoglou said: “You know what strikers are like, there’s no striker in the world who feels good unless he is scoring goals.

“Particularly when you come to a new club and a new environment.

“For me, whether Giorgos scored or not wasn’t going to be as important. I think he did what we needed on this occasion. 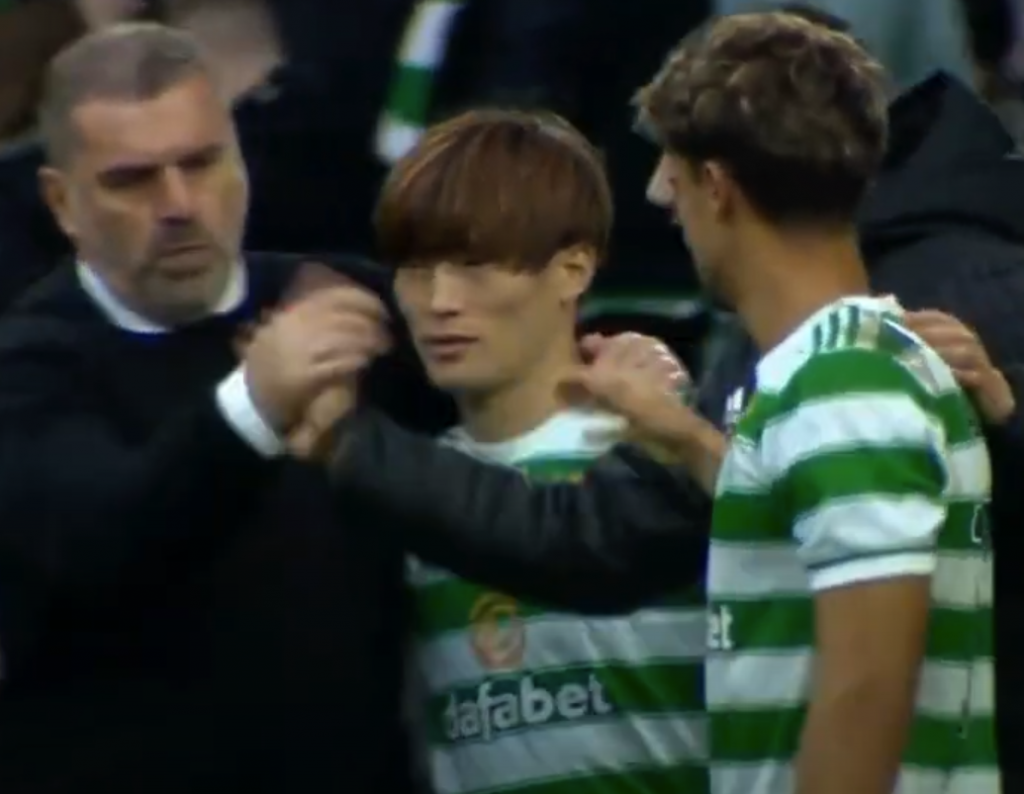 THREE CHEERS….Ange Posetcoglou congratulates Kyogo Furuhashi, Giorgos Giakoumakis (almost hidden) and Filipe Jota at the end of the 2-0 win over the Perth club.

“But I know for him getting that goal is going to be pleasing and, hopefully, he can build from there.

“You can never be overloaded with options, but it’s great to see we have those options in attack now.”

Postecoglou, speaking to the Sunday Mail, added: “What’s also pleasing is the way we are playing. We are keeping a consistent level of performance and we want to maintain that consistency.

“Our performances have been good in all the games since the break, so from that point of view it’s pleasing, but we have just got to keep going.

“I was really pleased to see Mikey Johnston back because he looked really good in pre-season. 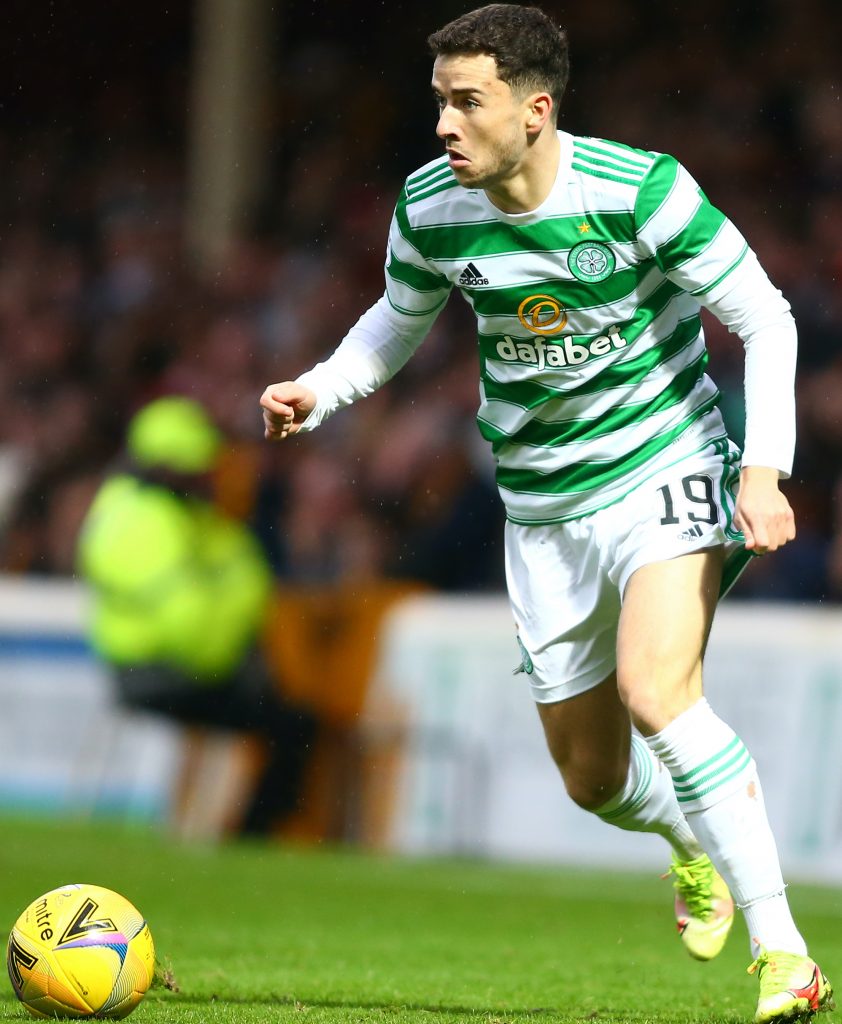 ON THE BALL AND ON THE WAY BACK…Mikey Johnston made another substitiute appearance against the Saints.

“I know how talented he is, but the key for him was to get his body healthy and be really patient with him.

“He is now getting more game time and he is a talented player. The way we play I know he can have a huge impact.

“He just needs to stay healthy and keep improving his game.

“Hopefully, James Forrest is not too far away either.”

Postecoglou is now preparing his squad for the trip to Edinburgh on Wednesday for the crucial Premiership meeting with Hibs, who lost 1-0 to Scott Brown’s Aberdeen yesterday.