Celtic Quick News on News Now
You are at:Home»Football Matters»‘BIG BROTHER’S WATCHING,’ HENDERSON
By CQN Magazine on 5th May 2017 Football Matters
EWAN HENDERSON hopes his Glasgow Cup glory will help him follow in the footsteps of brother Liam into the Celtic first team.
The midfielder fired Michael O’Halloran’s side to a 2-1 victory over the Ibrox counterparts last month as the young Hoops made it four Cup wins in a row.
Henderson said: “Liam tells me every week how to get better, how to improve and what the manager wants. 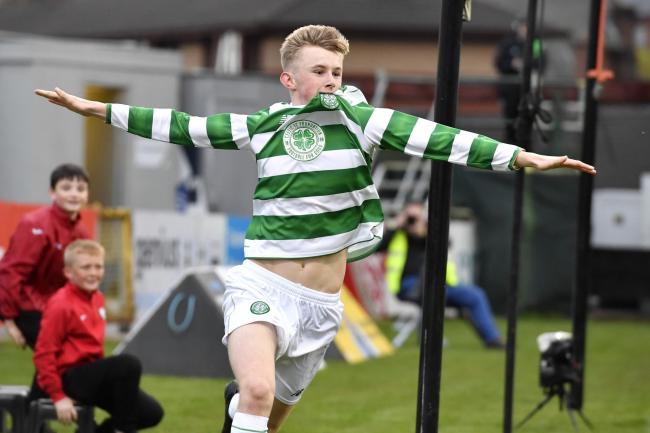 “If I play badly, he tells me and if I play well he tells me. It is great to have someone like that.“He has been a big part of my career and I watch him and try and play like him.

“He tells me to play with enjoyment and never to be scared to get on the ball and he wants me to always try and make things happen.

“He does criticise me when needed. It is fantastic and he makes sure that my feet are on the ground.

“Every time he is in the squad I am there to watch him. I get to see what the first team is like.”

Brendan Rodgers looked on as Henderson played against the Ibrox outfit and he added: “It is fantastic to know the manager was watching us.

“You never know when you could get a call-up. You just need to make the best of it when you do.”