Celtic Quick News on News Now
You are at:Home»Latest News»BITTON IN NEW CONTRACT TALKS
By CQN Magazine on 22nd September 2015 Latest News
CLASSY Israeli midfielder Nir Bitton will be offered a new long-term contract by Celtic.
The 23-year-old playmaker’s current deal runs until July 2017, but boss Ronny Deila is eager to offer him an extension.
Deila doesn’t want to run the risk of the impressive Bitton going into the final year of his contract and possibly leaving on a free transfer.

The elegant international was signed by Neil Lennon for a bargain £600,000 from Israeli outfit Ashdod in August 2013.

His form since the turn of the year has been a revelation after taking over from the injured Charlie Mulgrew in the midfield duo role alongside skipper Scott Brown. 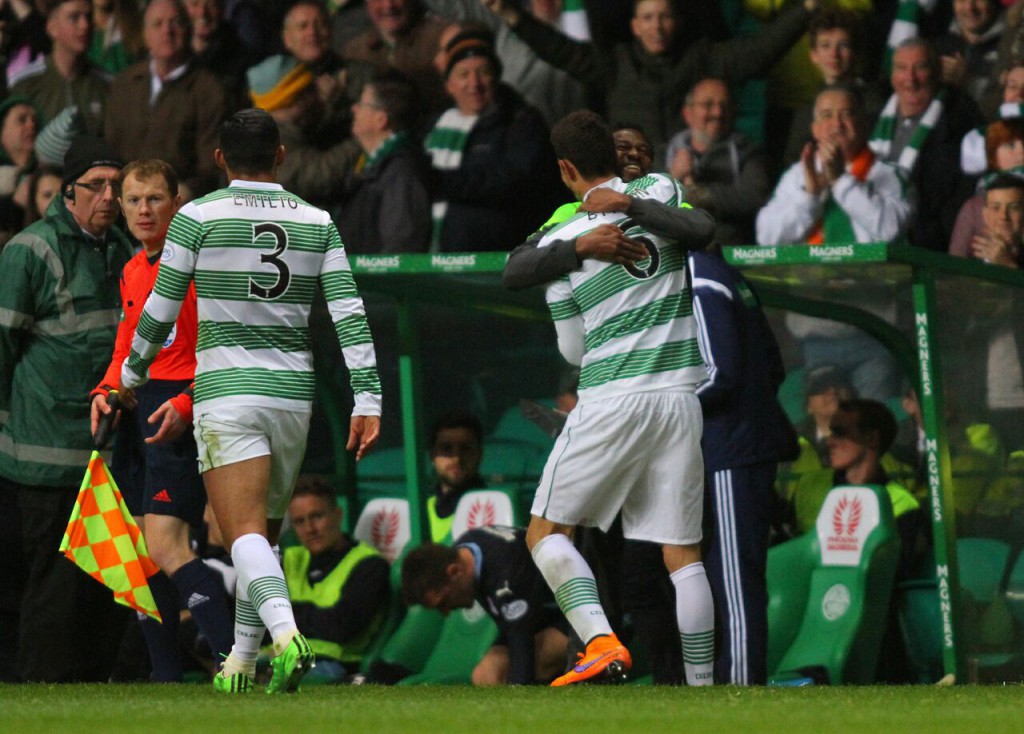 And Deila is aware Bitton’s value has soared, particularly after his outstanding performances in Europe this season.
The 6ft 2in star has caught the attention with stylish displays and goals Stjarnan and Malmo while hitting another cracker in last week’s 2-2 draw with Ajax in Amsterdam.
Former England manager Glenn Hoddle was one of many commentators who were hugely impressed by Bitton’s display in Amsterdam, although his performance was not a surprise to the Celtic support.
Bitton has proved his quality at the club and that worth is expected to be reflected in a new offer.
He is now one of the first names on Ronny Deila’s team sheet and he has become a key player in the team’s system.
Over the summer the player himself expressed his desire to extend his stay at Celtic.
Click Here for Comments >
Share. Twitter Facebook Google+ Pinterest LinkedIn Tumblr Email
Previous ArticleShort-term fix for staple Euro strategy
Next Article Celtic, Barcelona & the Catalonian independence debate