CELTIC players were heavily involved the last time Scotland played in the finals of a major international tournament – TWENTY-TWO years ago.

The embarrassing and overwhelming flop in St Etienne sent the Scots, managed by Craig Brown, crashing out of the global competition. Before that shattering blow – where Burley was red-carded shortly after the interval – the team had lost 2-1 to the-then world champions Brazil and had drawn 1-1 with Norway.

The Celtic players, though, at least had the consolation of arriving in France for the soccer extravaganza on the back of the club winning their first title in a decade and stopping the 10-in-a-row bid from Walter Smith’s Ibrox outfit.

Two years later, things got even better for three of the five players who played in the mauling from Morocco. Boyd, McNamara and Lambert all participated in only the club’s third clean sweep of domestic trophies which was acheived under Martin O’Neill who arrived from Leicester City in the summer of 2000. The Irishman’s feat emulated the double triumph from club legend Jock Stein in seasons 1966/67 and 1968/69.

Of course, super Swede Henrik Larsson was the leader of the band back then as he shredded defences with his bewildering array of talents. Boyd and his colleagues were happy to play their part. That spectacular campaign is detailed in the  Celtic: Treble Treble publication. 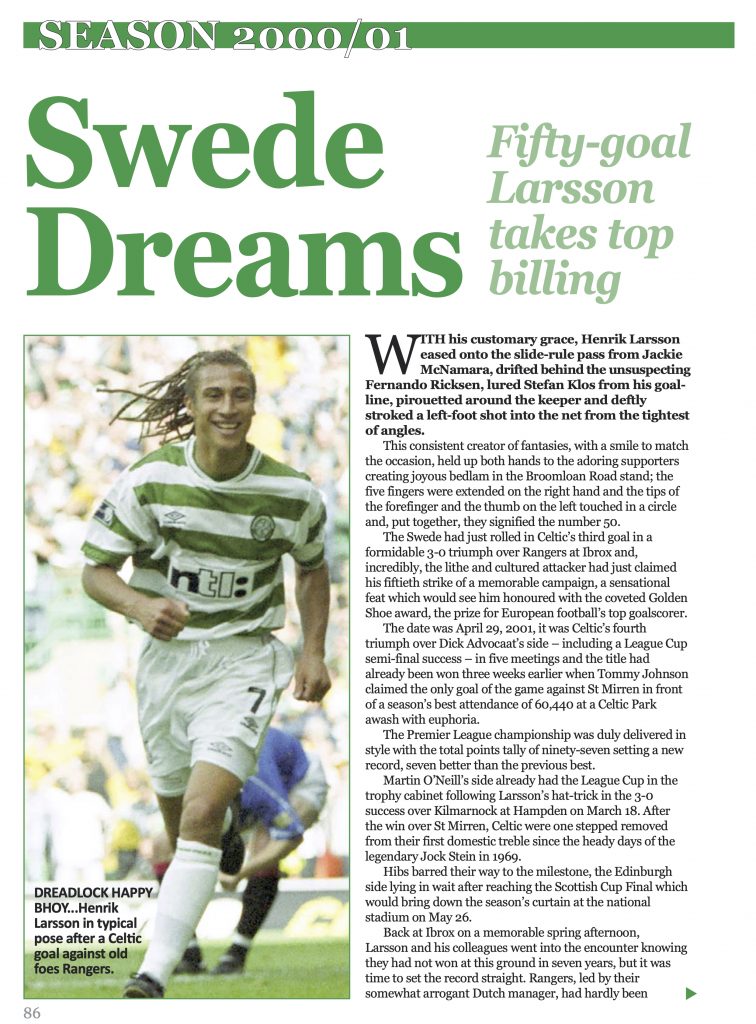 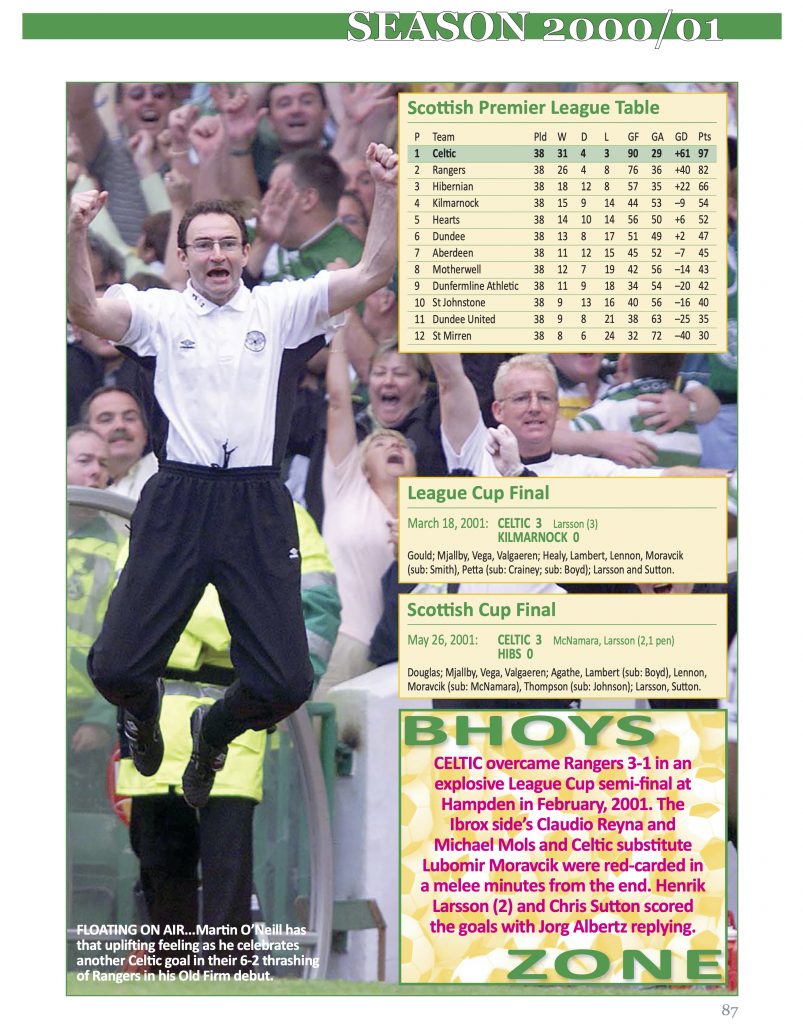 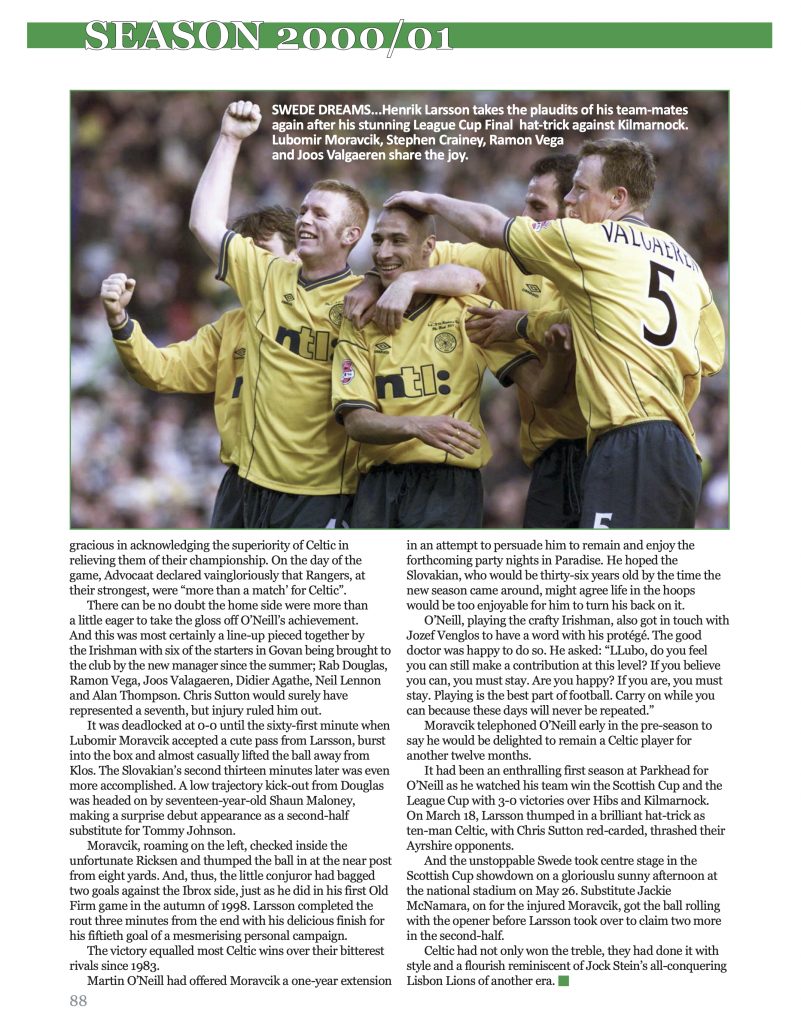 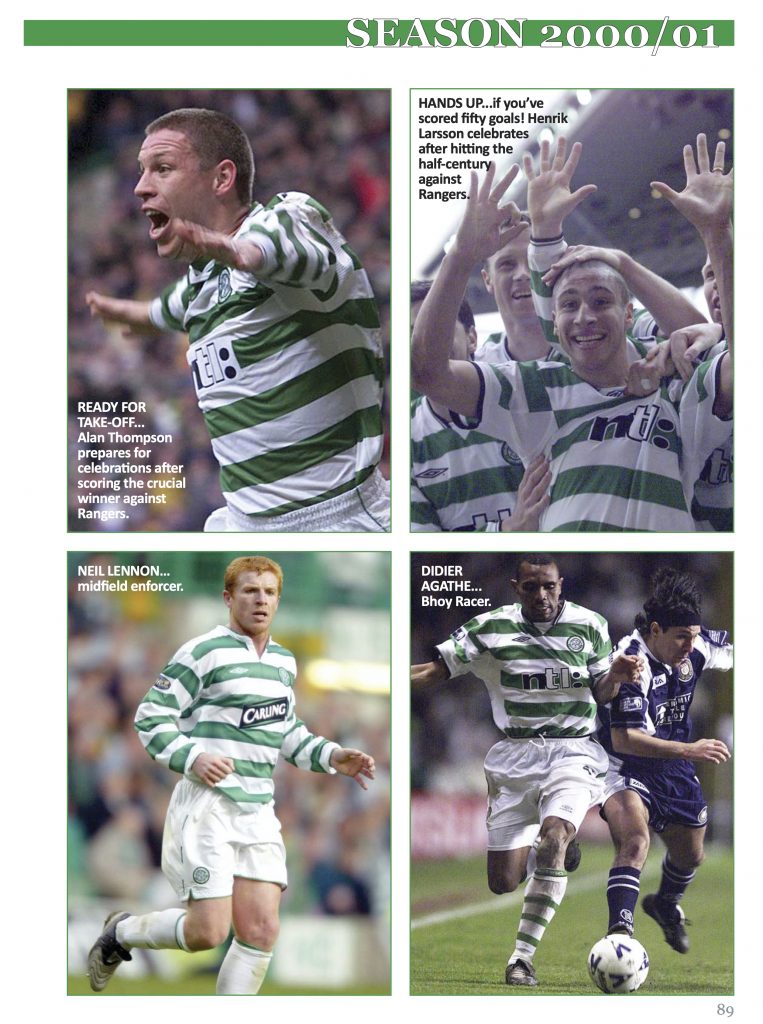 Since the Celts’ participation in 1998 – where goalkeeper Jonathan Gould and strikers Simon Donnelly and Darren Jackson made up an eight-man contingent from Parkhead – the nation has been in the international wilderness.

Tonight, Scotland – with four Hoops stars in the pool – have the opportunity to stop the rot when they take on Serbia in Belgrade in the Euro Play-Off Final.

Callum McGregor, Ryan Christie, Leigh Griffiths and Greg Taylor are representing the champions as Tom Boyd and Co did over two decades ago.

For the record, the team that played in that last finals appearance 22 years ago was: