The SPFL will NOT select a date when Celtic play Aberdeen at Parkhead after the post-split – which raises the possibility of a league decider between the teams.

Derek McInnes’ side can cut the champions’ lead at the top of the Premiership to two points if they beat Hearts in Edinburgh tonight ahead of Ronny Deila’s side’s visit to Fir Park to face Motherwell tomorrow lunchtime. 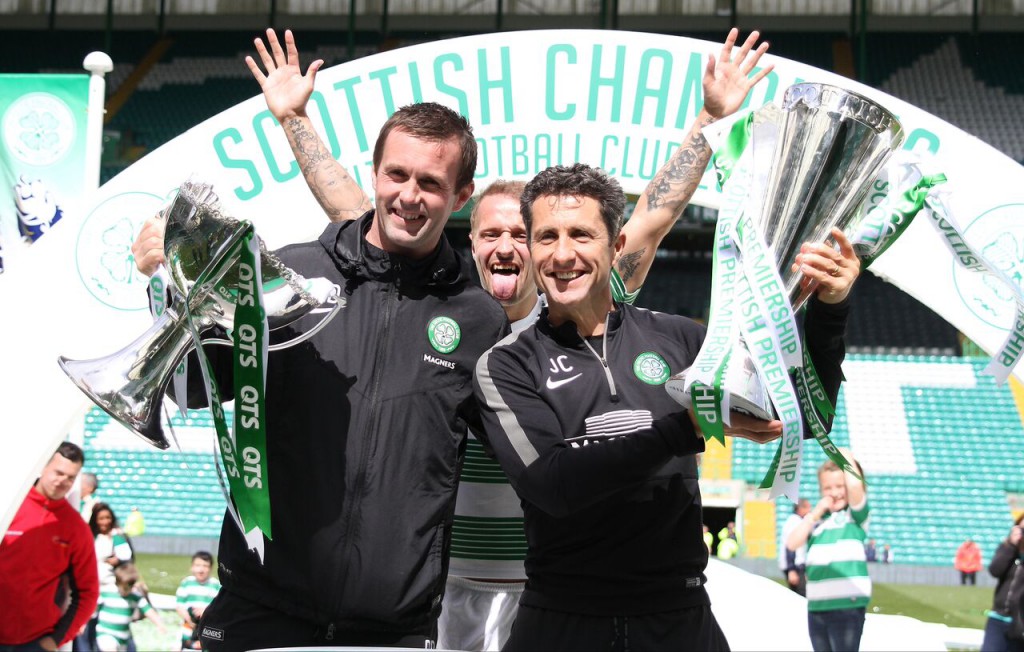 The Dons, who haven’t won the title since 1985, are, of course, the only team with the possibility of derailing the Hoops’ surge towards their five-in-a-row achievement.

The post-split fixtures are due out at the start of next week and it is understood the final clash between the top two will be decided by computer.

Of course, the game could prove to be irrelevant if Celtic continue to win and it is scheduled after they have already got over the finishing line.

However, there is still a chance it could effectively be a shoot-out for the crown in what would, hopefully, turn out to be another Flag Day at Parkhead.

Celtic overcame the Pittodrie side twice in their meetings in Glasgow last season. Goals from Jason Denayer, Stefan Johansen, Leigh Griffiths and Gary Mackay-Steven gave them an emphatic 4-0 triumph in March and a strike from skipper Scott brown settled the fixture two months later.