CELTIC have been told they have NO chance of signing Oliver Burke on a long-term contract.

The Scotland international frontman, who agreed a six-month loan deal earlier this month, had indicated he might want to remain at the champions beyond the end of the season.

However, West Brom boss Darren Moore, who paid £15million for the forward from RB Leipzig in August 2017, has dismissed his player staying at Parkhead.

Despite playing him just three times in this term’s Championship campaign, the Hawthorns gaffer wants Burke back and has already sent club representatives to watch Burke in action for the Hoops.

Moore said: “We do want to get him back. If Oli is back in the shop window it’s because he’s doing well for Celtic. 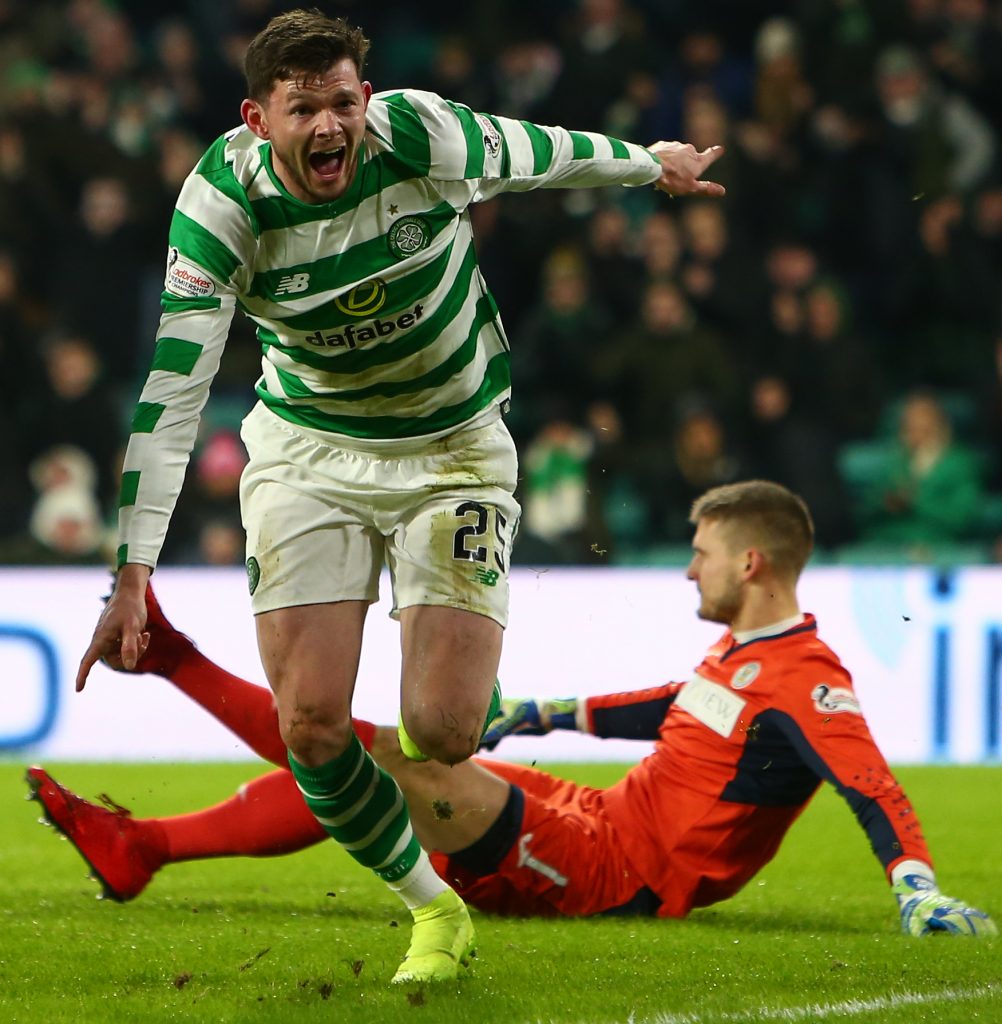 “The magnificent thing is he’s our player and he is being developed to be brought back here for West Brom.

“We hope to see him back here in the summer after a succession of games and goals.

“He is in a challenging environment working with an excellent manager and team.

“Oli’s been sent there to play and him scoring goals is superb.

“The players in front of him here were scoring goals, so he found it hard to get regular games. We’ll get him back in the summer and have a player who is nearer the front line.”

Burke scored his first goals for the Hoops in the 4-0 win over St Mirren last week when he claimed a double.

Afterwards, the former Nottingham Forest raider talked about the “amazing feeling” he had at playing for the Scottish champions in front of a huge support at Parkhead.

However, it looks as though he will be returning to the Midlands outfit in the summer.