Celtic Quick News on News Now
You are at:Home»Football Matters»DEMBELE’S NECK AND NECK, LET’S MAKE HIM A WINNER
By CQN Magazine on 5th October 2016 Football Matters
CELTIC striker Moussa Dembele is currently second in the poll for the 2016 Golden Boy award. VOTE HERE
Only AC Milan wonderkid Gianluigi Donnarumma has more votes than the Hoops’ 20-year-old French hitman.
Dembele, who joined for a £500,000 development fee from Fulham in the summer, was confirmed last week among the 40-man shortlist for the honour. 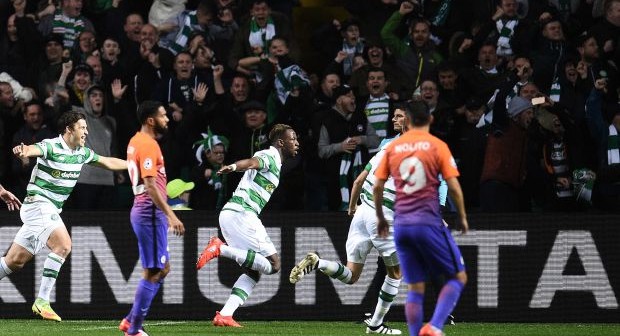 He has already netted 12 goals for Brendan Rodgers’ side, including a hat-trick against Sevco Rangers and a double against Manchester City in the thrilling 3-3 Champions League encounter a week ago.
The list includes some of the best under 21 talent in Europe and also figures Manchester United’s Marcus Rashford, Bayern Munich midfielder Renato Sanches and Real Madrid striker Marco Asensio.
Almost 29,000 votes have been cast on Italian website tuttosport.com and Donnarumma leads with 2,546 votes (9% of the total).
Dembele is in second with 2,363 votes (8%) while Rashford sits in third with 2204 votes (also 8%).
A little bit of CQN support will take Moussa into first place. What are you waiting for? VOTE HERE