The one-time Hoops hitman criticised the French ace following his performance against Ross County in the warm-up game eight days ago.

Edouard failed to strike as the champions won 2-0 with an own goal from Coll Donaldson and a second from Mohamed Elyounoussi. McAvennie clearly wasn’t impressed with what he saw from last season’s 28-goal man.

Macca, who played in Billy McNeill’s great double-winning centenary team, claimed the French Under-21 international looked “disinterested” during the visit of the Highlanders. 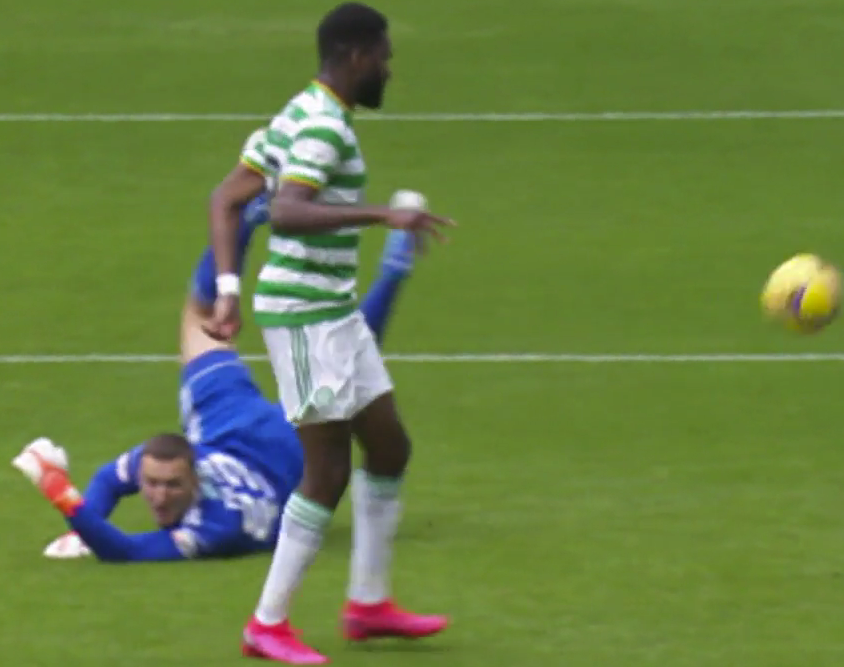 THE OPENING SALVO…Odsonne Edouard scores the first of his hat-trick.

He was quoted as saying: “When I watched Edouard the other day he looked a wee bit disinterested. Like he did not want to be there.

“Maybe he is just a big-game player and he is just getting the minutes in. Maybe he needs crowds.

“I would watch this space with Edouard. Everybody has a price. If somebody offers above their valuation you have got to take it.

“I have not seen enough from Edouard in pre-season.

“I know it is just pre-season, but I have not seen anything that suggests that he is up for this. This is a massive season.”

Edouard’s response was to net the Hoops’ first goal in 20 minutes in their quest for their historic tenth successive title and the elegant £9million attack-leader went on to add two more in a superb solo display before making way for Patryk Klimala in the 86th minute.

The Polish raider took the opportunity to claim his first competitive goal for the champions in the fading moments while Jeremie Frimpong had netted the second in the first-half.

Edouard also added an emoji of a man speaking before three footballs to signify his hat-trick.

Another instance where action speaks louder than words.