Celtic Quick News on News Now
You are at:Home»Latest News»‘FINALLY, I LOOK LIKE A PROPER DEFENDER,’ AJER
By CQN Magazine on 16th November 2018 Latest News

KRISTOFFER AJER focused on the positive side following the horrific eye socket injury he sustained in the goalless draw against Livingston at the weekend.

The Norwegian international had to be helped from the field by Celtic medics after an accidental clash of heads with home defender Craig Halkett as the Hoops pushed for the breakthrough goal.

Ajer revealed he now feels like a “proper defender” after surgery that will keep him on the sidelines alongside fellow-crocks Scott Brown, Leigh Griffiths and Olivier Ntcham for an unspecified period.

The skyscraper centre-half had the op yesterday and posted an update to concerned supporters on Instagram. 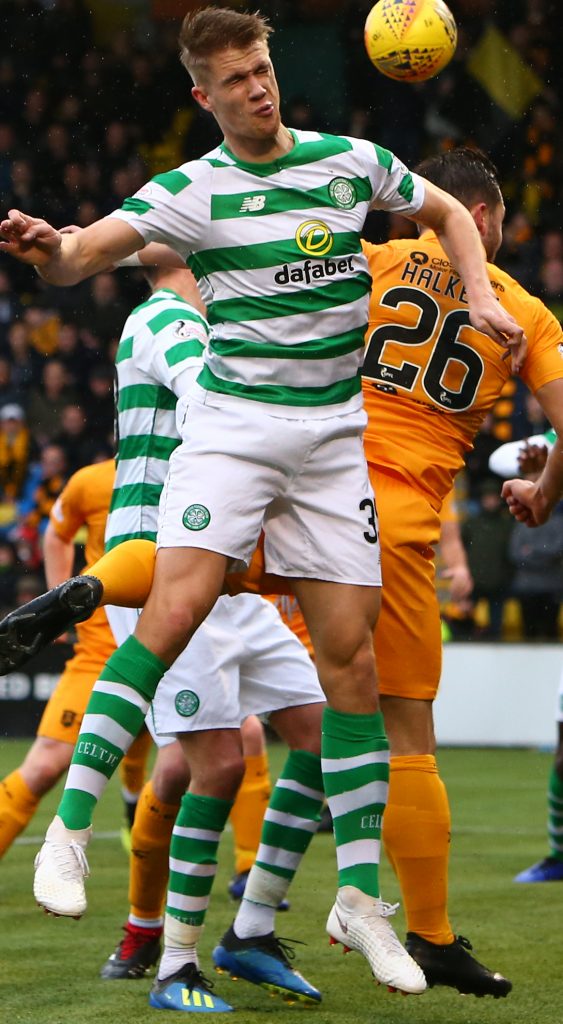 OUCH…Kristoffer Ajer spins away in agony after the clash of heads. Pic: Geo.

He said: “Surgery went really well. Thanks for all your support. Finally I look like a proper defender.”

The sickening incident happened in the 72nd minute and it was obvious Ajer would not be returning to action when physio Tim Williamson had a quick look at the injury. He immediately signalled to Brendan Rodgers to prepare a substitute.

The player’s face swelled up and was clearly in discomfort as he was aided by the medics back to the dressing room.

Filip Benkovic, who hadn’t been risked on Livi’s artificial surface. came on to play out the game as the champions went to the top of the Premiership for the first time this season.