LEIGH GRIFFITHS has a goal in mind as he steps up his bid for full fitness – the Betfred League Cup Final against Aberdeen at Hampden on December 2.

The striker has been sidelined since limping off with a knee injury in the 6-0 Premiership win over St Johnstone at Perth on October 7 – 11 days after he scored the winning goal in the quarter-final at the same venue.

Griffiths, 28, stepped down from one of Alex McLeish Scotland squads to prioritise getting back to 100 per cent condition as he concentrated on the champions.

There is little chance of him being in the squad when the Hoops travel to Hamilton Accies a week tomorrow, but Hampden eight days later could be a possibility. 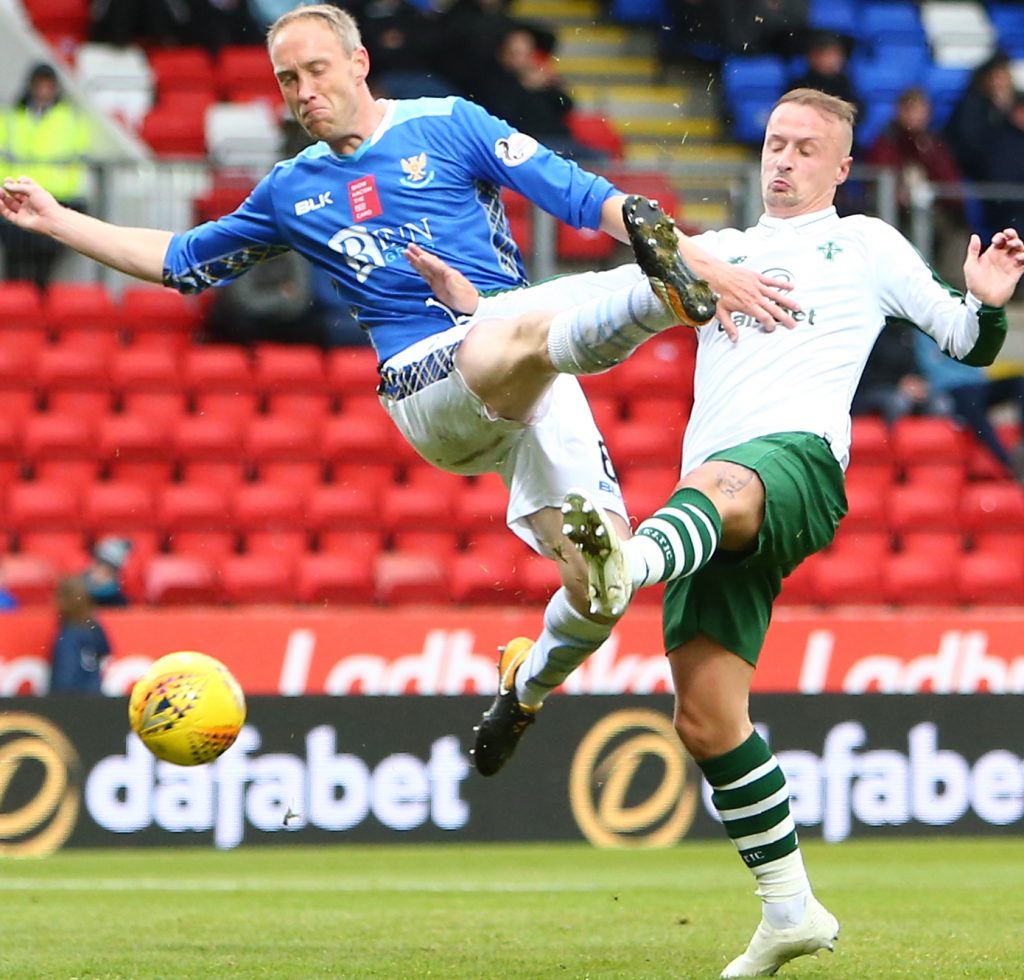 And that would give Griffiths the opportunity to score a goal in a Betfred League Cup Final after firing blanks in the previous two silverware showdowns against Aberdeen and Motherwell.

The prolific hitman was involved in both grand finales, but had to watch as Tom Rogic, James Forrest and Moussa Dembele, with a penalty-kick, scored the goals in the 3-0 win over the Dons to bring Brendan Rodgers his first trophy as Celtic manager.

And the nearest Griffiths came to scoring against the Fir Parkers last season was when he rattled a shot off Trevor Carson’s right-hand post with the Parkhead men already two goals ahead with efforts from Forrest – scoring in his third Final in this competition – and Scott Sinclair, with another spot-kick.

Rodgers will not rush the frontman back into action, but the team face a hectic and punishing nine games in December and Odsonne Edouard will need some support in the firing line.

Griffiths wants to kick off the comeback at the national stadium – and, hopefully, claim his breakthrough Betfred League Cup Final goal while doing so.