JAMES FORREST is eager for team-mate Stuart Armstrong to commit his long-term future to Celtic.

The new Scotland cap has just over a year left on his current contract after arriving at Parkhad in a £2million double deal with Gary Mackay-Steven from Dundee United on the last day of the January 2015 transfer deadline. 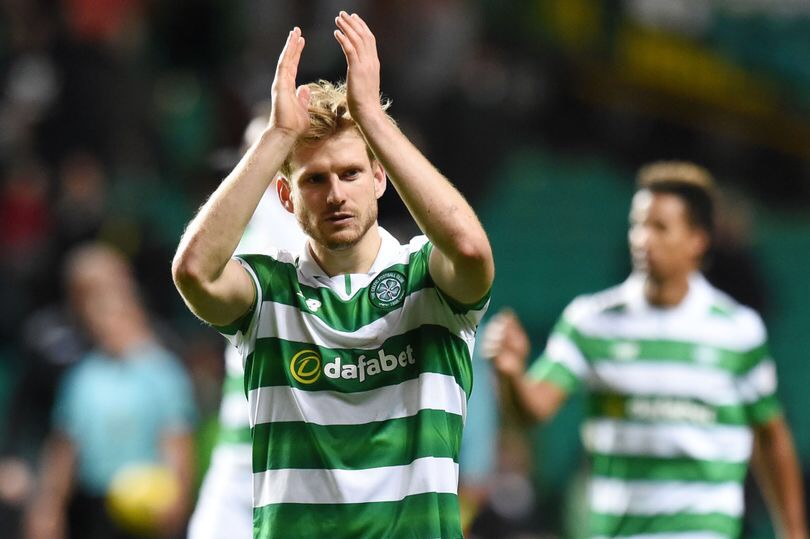 Armstrong, 25, has been a revelation this season under the guidance of Brendan Rodgers and hit his 14th goal of the campaign in the 3-1 weekend win over Kilmarnock.

Gordon Strachan has also rewarded the Inverness-born midfielder with his first full international appearance in the recent 1-0 World Cup qualifying victory over Slovenia.

Forrest said: “A few of the boys have signed new deals this year. That’s the way it has gone and there is a buzz about the place.

“We want to continue that. I’ve not spoken to Stuart about it, but I know he’s got just under a year and a half left.

“Since he’s been in the team he’s been doing really well and has kicked on.

“He’s been shooting outside the box and scoring a lot of goals. That’s a credit to him, he’s been working hard.”

Forrest praised the effect boss Rodgers has had on the individual since he replaced Ronny Deila in the summer.

He added: “Yeah, definitely. I think you could say that about a few of the boys.

“The manager has had a big impact on players on and off the park. Hopefully, Stuart can continue that form until the end of the season.”