JEREME FRIMPONG has admitted he is desperate to experience the ‘wow factor’ on a European night under the lights at Parkhead.

The teenage Dutch sensation, who has dazzled the Hoops fans with his four first-team displays, has missed out so far this season.

Neil Lennon left the adventurous right-back, who scored his first goal for the club in the 4-0 win over Aberdeen at Pittodrie, out of his Europa League squad.

Now Frimpong is desperate for the team to clinch last-32 qualification against Lazio tomorrow night to allow him to join in during the knock-out stages.

The 18-year-old Amsterdam-born defender, who arrived from Manchester City on transfer deadline day, will be at home while his team-mates perform in Rome knowing that a win would almost certainly mean extending their European adventure beyond the turn of the year. 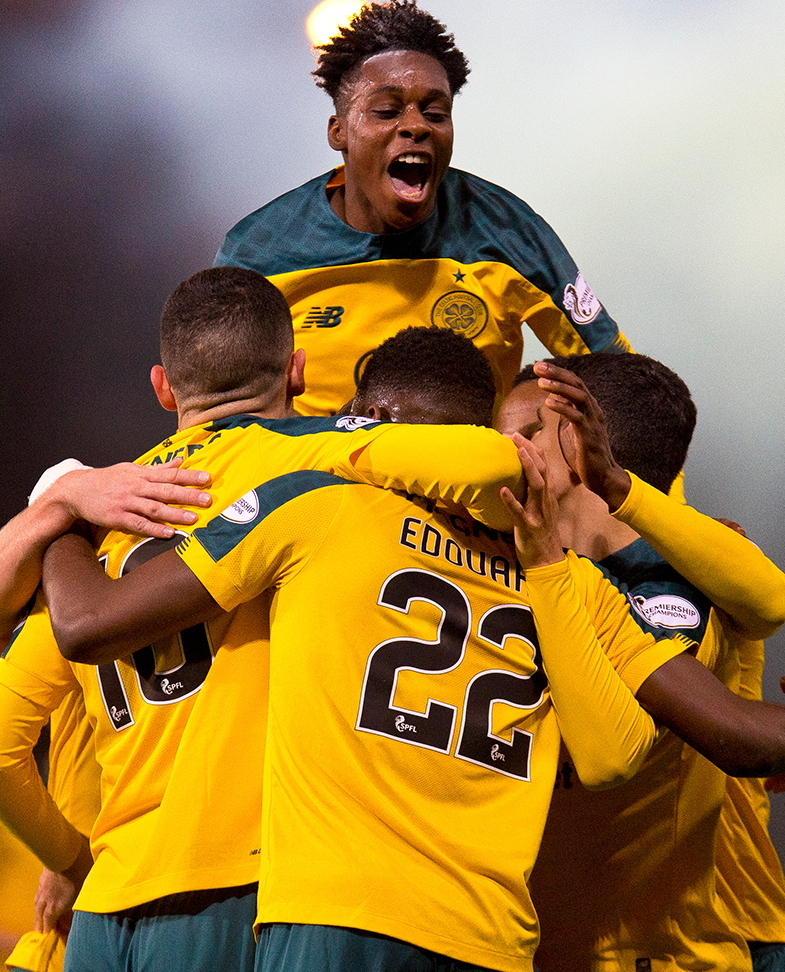 Frimpong, speaking to the Daily Record, said: “I will be an interested spectator. I will be watching it on the television back in my flat.

“I think the team are ready. We’ve been playing well recently and, hopefully, the team can do it in Italy.

“I’m desperate for the boys to qualify for the knock-out stages so I can experience Celtic Park on a European night as a player.

“If we keep playing like we have been playing then I’m 100 per cent I’m confident we can get there.

“It would mean everything to play a European night at Parkhead. Playing in the Europa League was one of my dreams so it would be really good. I used to watch it on television so playing in it would be unreal.

“I had heard all about the atmosphere at Celtic Park and it’s lived up to my expectations. It’s been amazing.

“When it goes dark and then the lights turn green, I had never seen that before. When I saw it for the first time I was like: ‘Oh wow’.

“Then when everyone comes out of the huddle everyone is shouting and it’s so noisy. It’s so good.”