CARL STARFELT is hoping Celtic can be a roaring success against Bayer Leverkusen at Parkhead tonight.

The Swedish international centre-back reckons the Hoops fans will play their part in the team’s quest for success in their second Europa League Group G encounter.

A fortnight ago, Ange Postecoglou watched his side take a 2-0 lead in Seville against Real Betis with goals from Albian Ajeti and Josip Juranovic. Unfortunately, the Spanish cracks rallied and won 4-3 with the visitors’ defence looking far from convincing.

That loss was followed by another in the Premiership when the side collapsed 1-0 at Livingston in the worst performance since the Greek-Australian gaffer arrived as Neil Lennon’s long-term successor in June. 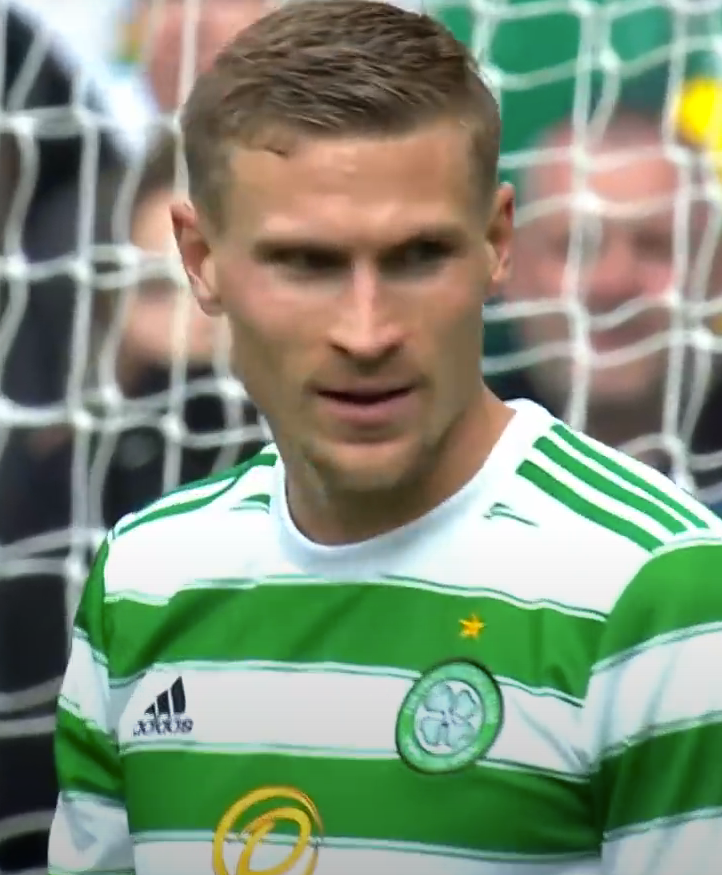 Thankfully, the team manoeuvred their way past Championship outfit Raith Rovers 3-0 to book a semi-final place in the Premier Sports League Cup semi-final against holders St Johnstone at Hampden on Saturday November 20.

But they dropped their eleventh point from 21 in the dull 1-1 draw with Dundee United in Glasgow where they had the misfortune to rattle the bar on three occasions with efforts from David Turnbull, Tom Rogic and Filipe Jota.

Starfelt realises he and his colleagues have to turn things around as swiftly as possible and the £4.2million summer arrival from Rubin Kazan said: “We know what we need to do on the pitch.

“We know what football we want to play and we have to go out and do that. Then, of course, we need to bring our best performance to have the ability to do that and everyone needs to be really sharp. 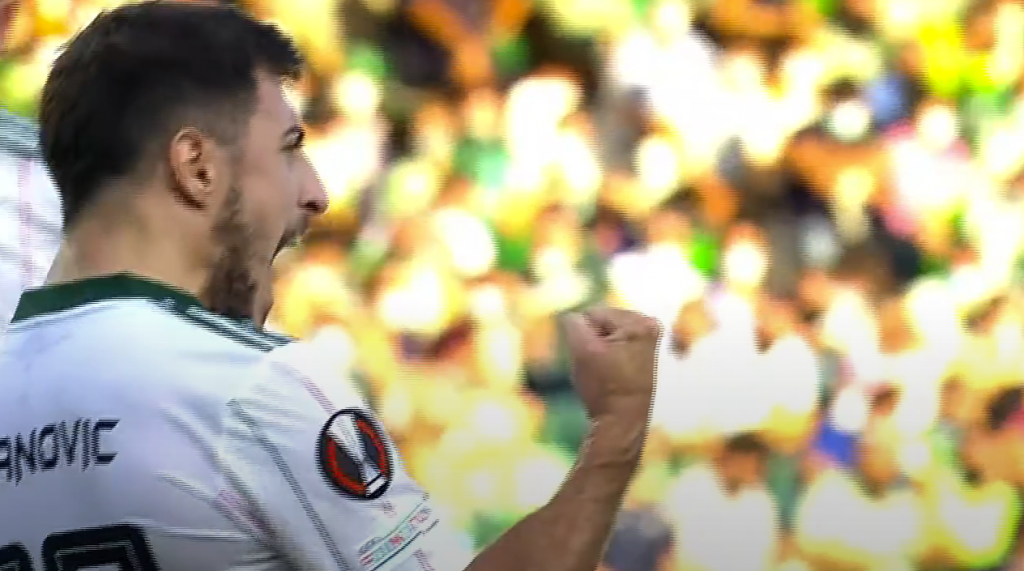 YIPPEE…Josip Juranovic yells with joy after sinking his penalty against Real Betis – unfortunately, the Spaniards fought back to win.

“But that’s also the fun part and the challenge of facing a big team.

“I think it’s good to get this big challenge. Bayer Leverkusen have very good players, so everyone has to bring their top performance if we’re going to get a good result.”

Starfelt, speaking to Celtic TV, added: “They are a great side – they’re second in the Bundesliga and they’ve started the season really well.

“They’ve got some really good players, so it’s going to be a big test for us. However, we know we are really strong at Celtic Park, so we will go out there and enjoy this big challenge.

“We need to get back and get a good run of results – that is very important for us. We’re very confident that we can beat anyone at Celtic Park and, with the fans behind us, we know we’re strong.”

* DON’T miss the unbeatable match report from Celtic v Bayer Leverkusen this evening – only in your champion CQN.