Celtic Quick News on News Now
You are at:Home»Latest News»GIO IN ‘BEST’ CLAIM AS HOOPS MARCH ON
By CQN Magazine on 21st February 2022 Latest News

GIORGOS GIAKOUMAKIS fired in his first Celtic hat-trick in the late 3-2 victory over stubborn Dundee at Parkhead yesterday.

The Greek hitman, a £2.5million arrival from Dutch minnows VVV-Venlo in August, thumped in the winner with a close-range header with just five minutes to go to extend the Hoops’ advantage at the top of the table to three points.

And confident Giakoumakis now believes Ange Postecoglou’s side have the qualities and character to go on and win the team’s tenth championship in eleven years.

The 27-year-old striker, who has now claimed seven Hoops strikes, reflected on Giovanni van Bronckhorst’s side stalemate against Dundee United at Tannadice earlier in the afternoon and said: “Of course, it is something that gives us bigger motivation, but sometimes it also gives you a little bit of pressure if you know the bad result of your opponents. 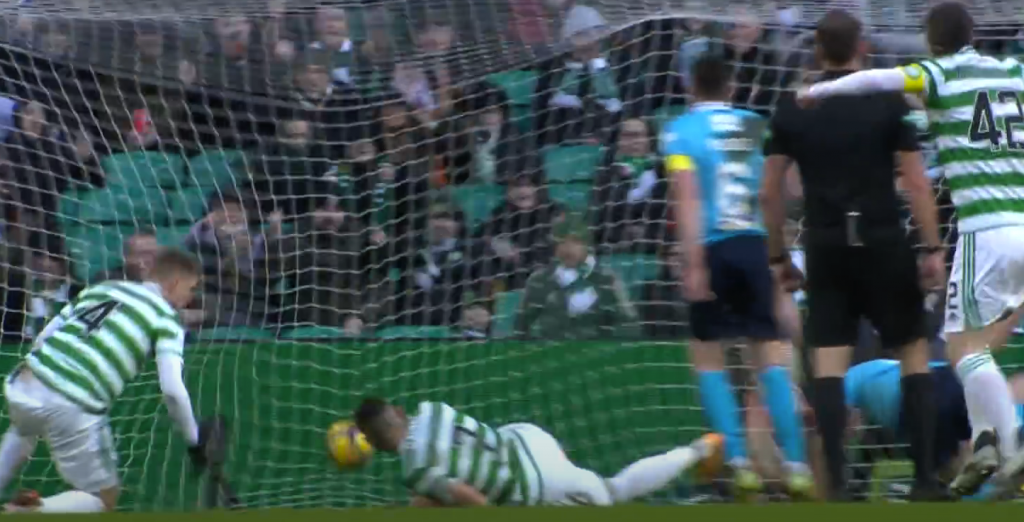 NUMBER ONE…Giorgos Giakoumakis hits the deck as his drive slams into the net to make it 1-1. 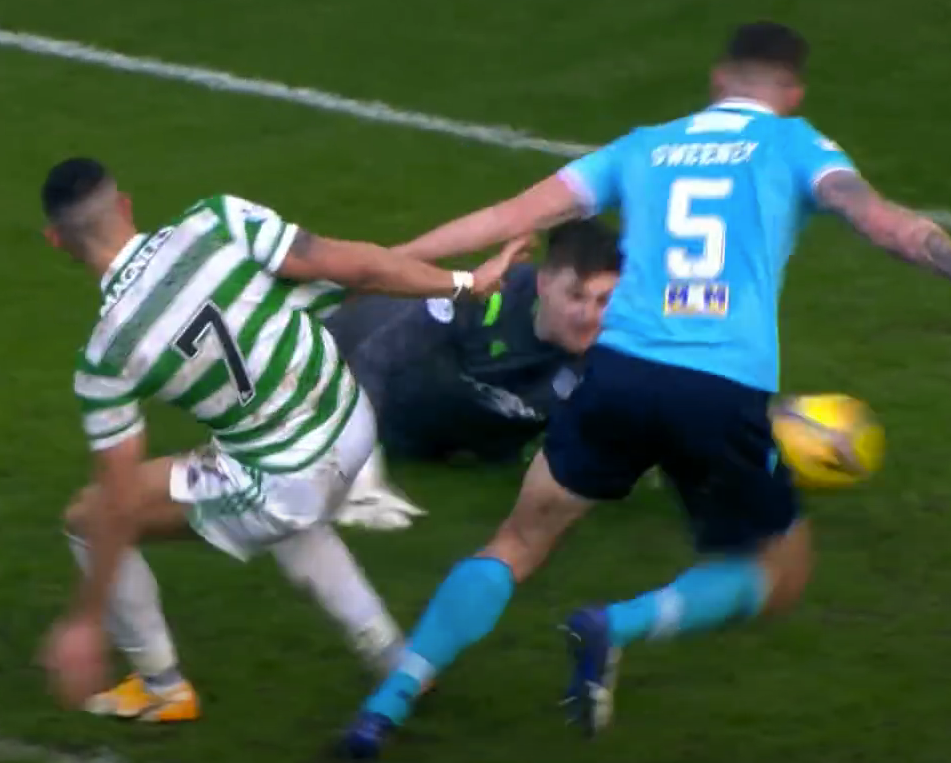 NUMBER TWO…the Greek striker pounces on a fumble by Dundee keeper Ian Lawlor to prod in to make it 2-1. 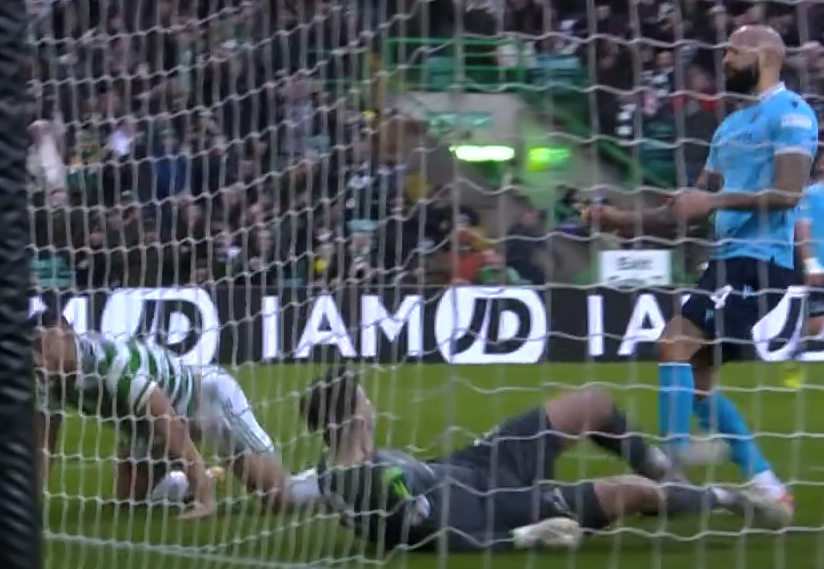 NUMBER THREE…Giorgos Giakoumakis gets a close-up view as his winning header makes it 3-2.

“And I think that we will win the championship.

“It’s something that we definitely want, for us, for the club and for the fans.

“We have a very strong squad, every single player can be in the first eleven and make a difference to help the team.

“So I think that we work a lot, we work hard every day at the training centre and we showed that in the games.

“So I think with this hard work we can achieve many things.”

Giakoumakis, speaking to the Scottish Sun, continued: “The squad is really good, I think it’s the best in the league.

“I think we’re well prepared for every single game. We have a very good plan and we tried to stay committed to it.

“I think we’re better in every single part of the team.” 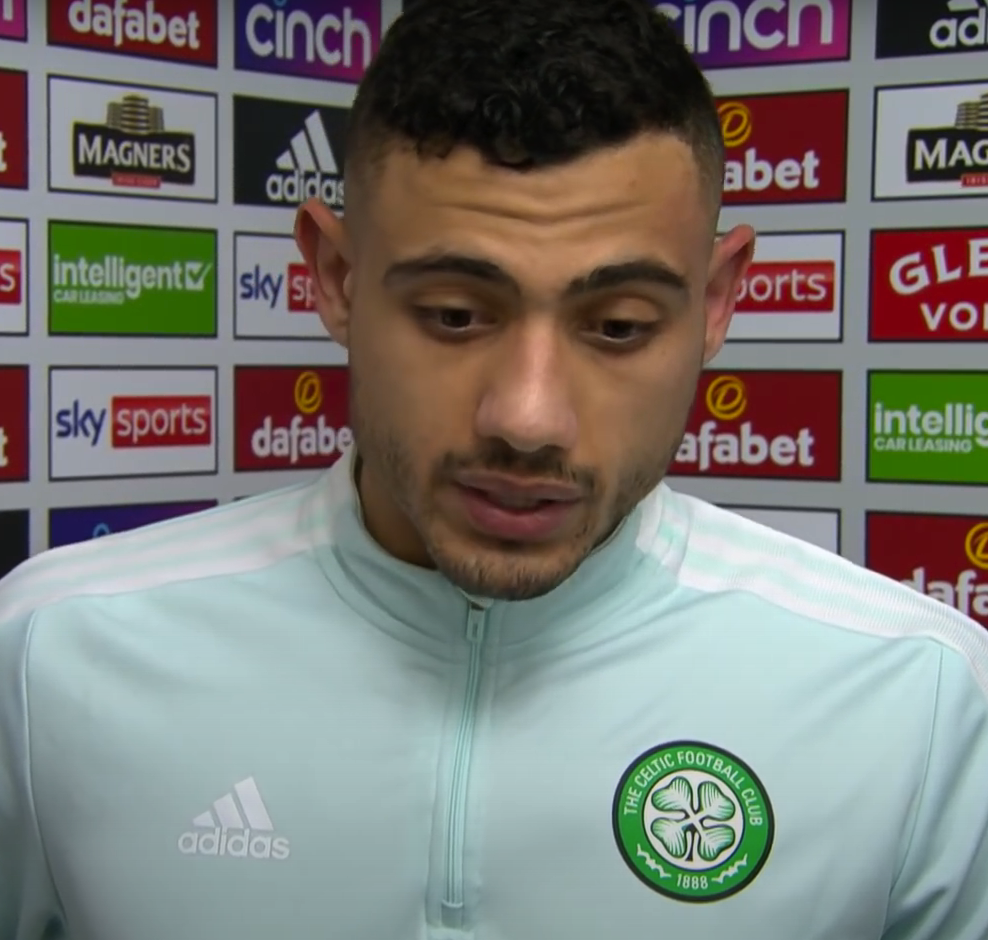 Giakoumakis, speaking to Celtic TV, added: “It was great, to be honest. I was looking forward to scoring for this club and this team, it was something that I was really missing.

“The most important thing is that we won and we increased our lead in the league.

“We showed a lot of character and proved we’re a big team and we have some personality.

“We conceded twice from set-pieces and that’s something we have to improve, but we won and that’s all that matters.”