Celtic Quick News on News Now
You are at:Home»Latest News»HART’S SALUTE TO FANS: ‘WE COULD ONLY WIN’
By CQN Magazine on 20th October 2021 Latest News

JOE HART’S role in Celtic’s well-merited 2-0 victory over Ferencvaros at Parkhead yesterday may have been overlooked as the plaudits went elsewhere.

Kyogo Furuhashi opened the scoring with a neat goal – his ninth for the club – following a searing inch-perfect pass from Filipe Jota that caught the imagination and the headlines.

However, the 34-year-old former England international keeper turned in another encouraging and inspiring display as he claimed a second successive shut-out following the 2-0 success at Motherwell at the weekend. 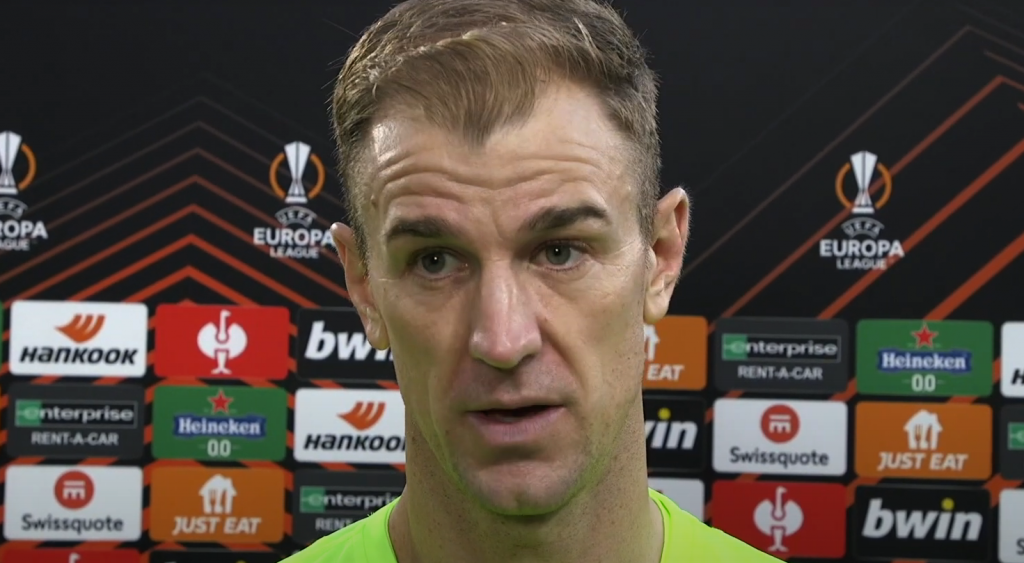 CELTIC VIEWS…Joe Hart gives his verdict after the win over Ferencvaros.

Hart stood up to be counted when he was required with a couple of excellent stops while Anthony Ralston also played his part with a last-ditch tackle smack in front of goal that prevented a certain leveller in a rare breakaway by the Hungarians.

The ex-Manchester City netminder, though, patrolled his area with a confidence and aplomb not witnessed at the Hoops since Fraser Forster was in charge of the gloves.

The shotstopper was quick to applaud the part his team-mates in the vital Europa League Group G encounter against a very capable side.

Hart said: “It was a really good performance, it was solid, we created chances and I thought Cam (Cameron Carter-Vickers) and Carl (Starfelt) were fantastic at the back. 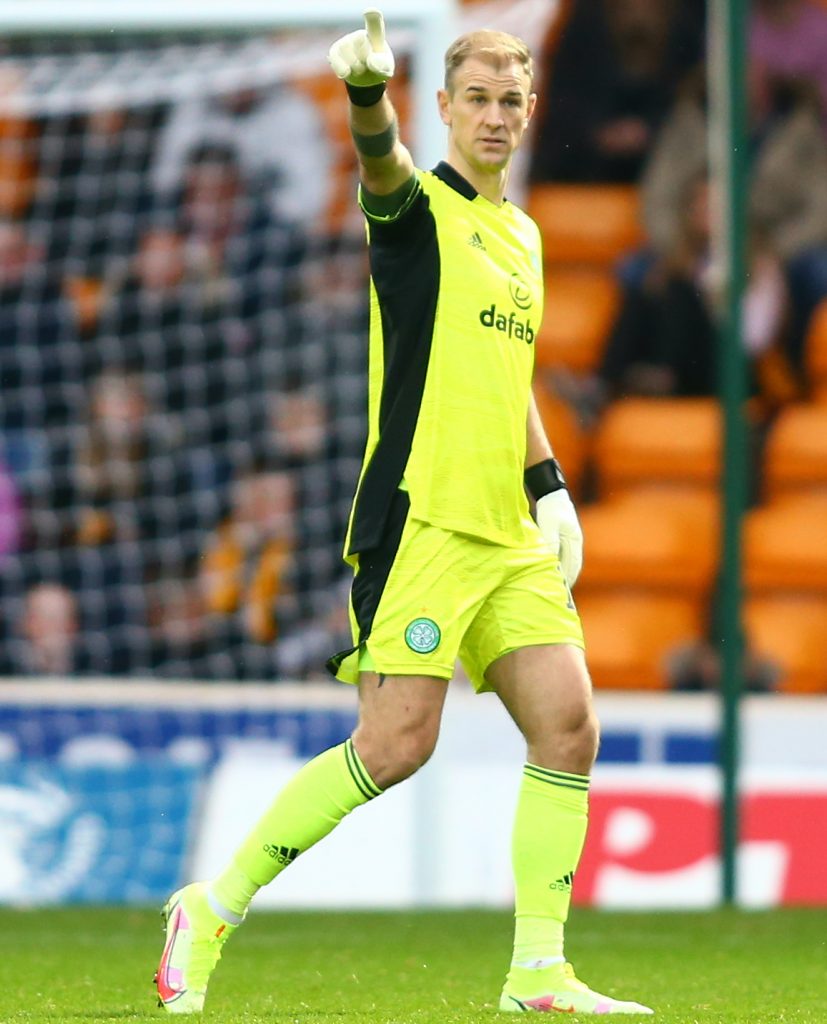 I’M IN CHARGE…Joe Hart has brought stability to the Celtic last line of his defence. 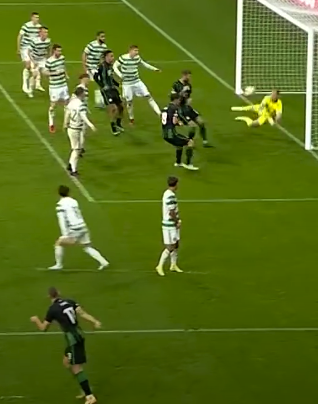 FIST IN TIME…Joe Hart makes a flying save at his near post to punch away a netbound Ferencvaros free-kick.

“We didn’t really give them an opportunity and we ground them down. They were really tired in the end and I don’t think they really had it in them when we did get the goals to push.

“We were the ones pushing for more goals at the end. So, it was a good performance, we perform well in Europe as a footballing team, not results-wise, which is the most frustrating thing.”

Hart, speaking to Celtic TV, added: “For a 3.30 kick-off on a Tuesday afternoon, to have this place full – we could only win, otherwise we’d have really let the people down. 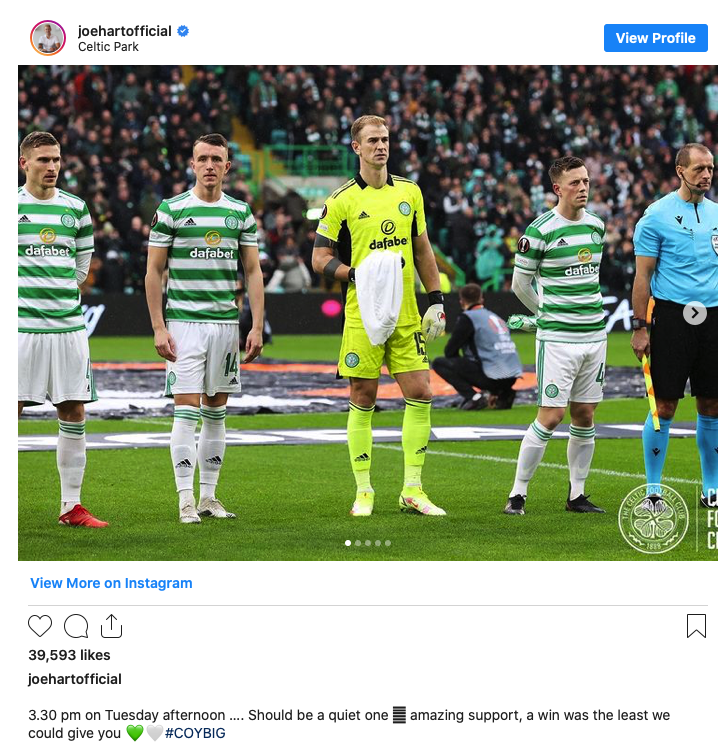 A MAN OF HIS WORD…Joe Hart takes to Instagram.

“We’re building on a few results at the moment and we want to keep going, but we know we’re going to have to go to Budapest and perform.

“We’re quite consistent in how we perform and it’s pretty obvious how we are going to play, but we are just getting better at it, better at retaining the ball.

“We are going to lose the ball with the way we play, but we are ready to hoover it up and get back on with it again.”