FORMER Celtic striker Chris Sutton has urged the Hoops to “flex their financial muscle” in this month’s transfer window.

Neil Lennon has been linked with a raft of targets, but has yet to make a signing with only 20 days left to strengthen his squad.

Sutton, now a media pundit, has urged the Parkhead hierarchy to loosen the purse strings and splash the cash to ensure they remain the top club in the country.

The player who cost Martin O’Neill a whopping £6million from Chelsea in the summer of 2018 told the Daily Record: “Celtic have been saving for a rainy day, but the time has come for the Parkhead powerbrokers to dig out the umbrellas.

“They are not just involved in a title race with Rangers now – they are also back in an arms race.

“The rainy day has arrived.

“The transfer window has been pretty cool so far, but I would expect it to hot up and it’s Celtic who are the ones who need to get to business.

“It’s no surprise, though, we are starting to see both clubs banging in to each other when it comes to targets.

“Celtic and Rangers are both in for Stoke City’s Tyrese Campbell with a view to snapping the youngster up on a cross-border pre-contract.

“It could be interesting to see if it comes down to the two Glasgow clubs which way he sways.

“But it is clear the pair of them are getting ready to go toe-to-toe again off the field as well as on it.

“I read this week the comparisons between the wages at both clubs and it’s clear the gap has closed. Rangers are edging closer and it now looks like they are operating in the same ballpark as Celtic. 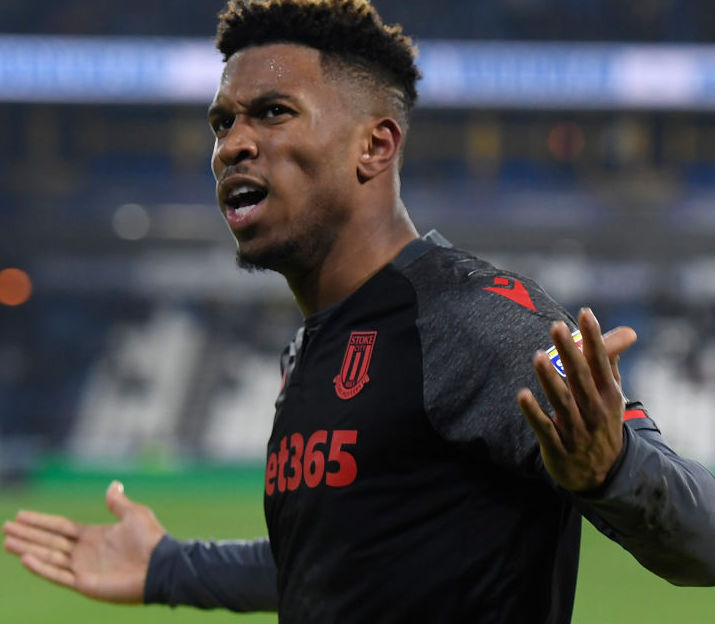 TARGETMAN…Tyrese Campbell is on Celtic’s radar.

“That’s not been the case for a number of years, but there was a hint of it over the summer with Joe Aribo and now they are on a collision course over Campbell.

“This is where the rainy day fund will need to be put to use.”

Sutton added: “Neil Lennon has shown he is adept in the transfer market and knows how to get value for money. The likes of Jeremie Frimpong, Hatem Abd Elhamed and Mohamed Elyounoussi have been successful signings.

“But that all counts for nothing because it’s about the here and now.

“There’s no point boasting about having money in the bank. It’s about who is the more attractive team to join and Celtic need to make sure it’s them.

“They need to continue being the most successful team on the pitch as well as off it.

“Celtic need to flex their financial muscles and knock their rivals down a peg or two.

“Rangers fans believe they are back and they are going to win the league. Whether they are right or wrong, we’ll wait and see, but what is true is that Rangers are a far more attractive proposition than they were.

“They are in the thick of a title race, they have performed very well in Europe, and, of course, there is the Steven Gerrard factor.

“We saw it when Martin O’Neill was one of the most respected managers in the country. Likewise with Brendan Rodgers.

“They are big names and that can get players around the negotiating table.

“Gerrard hasn’t made his name as a manager yet, but he still carries enough clout from his playing days to get targets in the door.

“We are getting back to a situation where Rangers are every bit as attractive a proposition as Celtic. They would be even more attractive if they can win the title.”

The Ibrox side showed they mean business with their 2-1 win at Parkhead before the turn of the year that edged them within two points of Lennon’s men at the top of the Premiership. Gerrard’s side also have a game in hand that could see them sit top of the pile.

The Hoops gaffer has admitted he requires four players in this window although he may have to settle for two, with a back-up striker to Odsonne Edouard as a priority.

The next 20 days could prove absolutely crucial to Scotland’s title kings in their quest for nine in a row.