The Scotland international centre-half came face to face with the on-fire Frenchman at Fir Park in midweek and was left ruing the experience folliwing the champions’ 4-0 success.

Edouard turned in a mesmerising performance as he claimed a double to hoist his season’s tally to 24.

The Hoops talisman, who cost a club record £9million when he arrived from Paris Saint-Germain in a permanent deal in the summer of 2018 after an initial season-long temporary switch, made life unbearable for the former Parkhead prospect as Neil Lennon’s side maintained their seven-point advantage at the top of the table.

Gallagher was unstinting of his praise of the 22-year-old forward and told the Daily Record: “He is definitely the best I’ve come up against this season.

“His one-touch play, his link-up, he’s two-footed – he has got absolutely everything, all the attributes. It’s hard to stop him.

“When Edouard is on that kind of form he is unplayable. 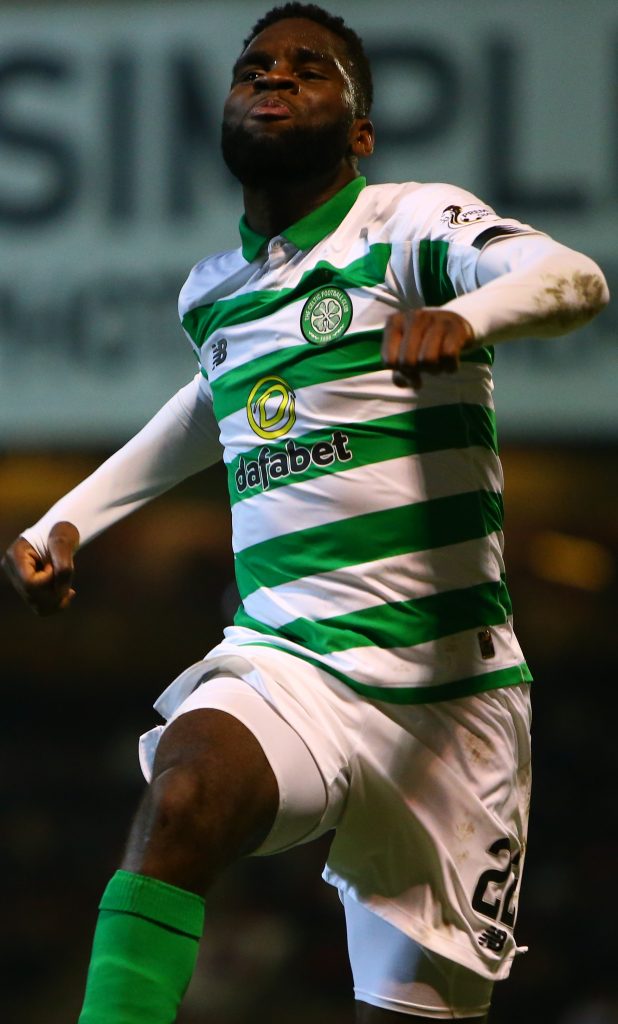 “He was excellent. It’s hard to play against someone when they are on that kind of form, scoring two goals. His free-kick summed up the quality he has and his all-round general play is great.

“He can drop off into the hole, he can go in behind, his movement is great.

“Half the time you think he’s jogging about, but he’s just an exceptional player and I think I will try to avoid him until I need to play him again.

”It’s a horrible experience playing against him because when he is on his game he is unstoppable. But it’s a good experience to come up against a guy like that and see the standard you have to get up to.”

Gallagher added: “For 45 minutes, we matched Celtic and we showed we are up for the press. We played three up top against their three at the back.

“We went man for man. It wasn’t ideal losing the early goal, but we had chances ourselves and matched them until half-time.

“After that, they completely dominated.”

Edouard got the ball rolling in Lanarkshire with the opener in the ninth minute and he brought down the curtain on another outstanding display with a delightful free-kick 10 minutes from the end.

In between his strikes, Leigh Griffiths notched the fourth in six comeback games and Callum McGregor thumped in a memorable effort to make it 3-0.