The angels smiled down from the heavens on the day Celtic conquered Europe. A noble Billy McNeill, the handsome Celtic captain with the sun highlighting his blond hair, his pristine green-and-white hooped shirt positively shimmering, held aloft the European Cup at the rostrum of the Estadio Nacional looking for all the world like Apollo ascending Mount Olympus.

Inter Milan, the team who had dominated European and world football for two of the past three years, had been vanquished. Their defensive tradition dismantled, their suffocating tactics overwhelmed, their masterly reputation devastated. Celtic, refreshingly entertaining, had put sparkle and gaiety back into the beautiful game.
Years later, Billy McNeill, a genuine club legend, reflected, ‘To my mind, the greatest thing about our European Cup victory is that we did it in the Celtic manner. We always wanted to play with flair, adventure and style. We were determined for people to remember us for our attacking philosophy. 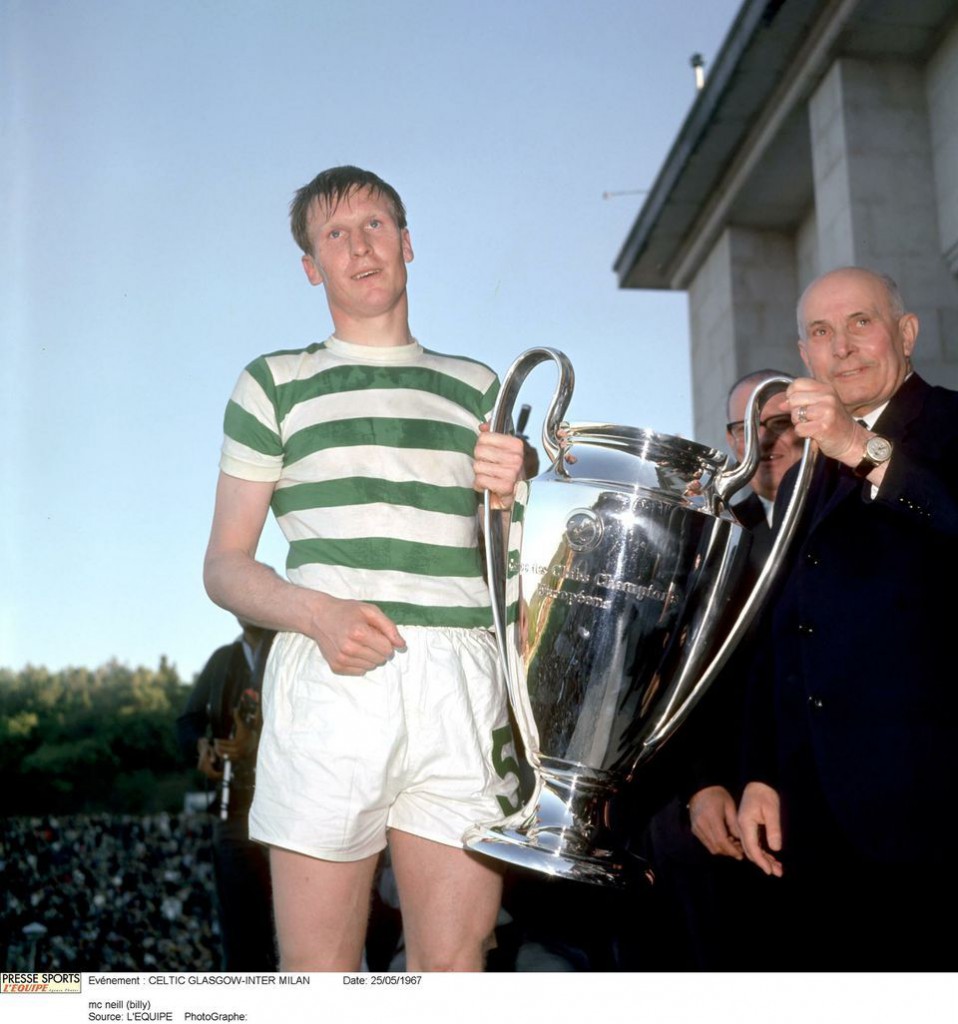 ‘I would like to think we managed that in Lisbon. It was a breakthrough for British football. It was marvellous for Scottish football. However, the main thing for everyone connected with the club, the manager, his assistants, the players and tea ladies, it was truly wonderful for Celtic Football Club.’
Proud ambassador McNeill added to his memories. ‘I’ve never had a tougher job than accepting the European Cup. It was the most stirring and exciting moment of my life. But I had to steel myself for it. I had just crossed the safety line into our dressing room at Lisbon after being swamped by the congratulations of our fans.
‘My back ached with all the slapping. My jersey had been torn off as a souvenir. Now I had to go out and face them all again to collect the trophy.
‘I put on a fresh jersey and, with assistant manager Sean Fallon and Ronnie Simpson giving me moral and physical support, I set off. The trophy was to be presented at the far side of the ground. It seemed there was just one way to get there – through the throng and right across the pitch. 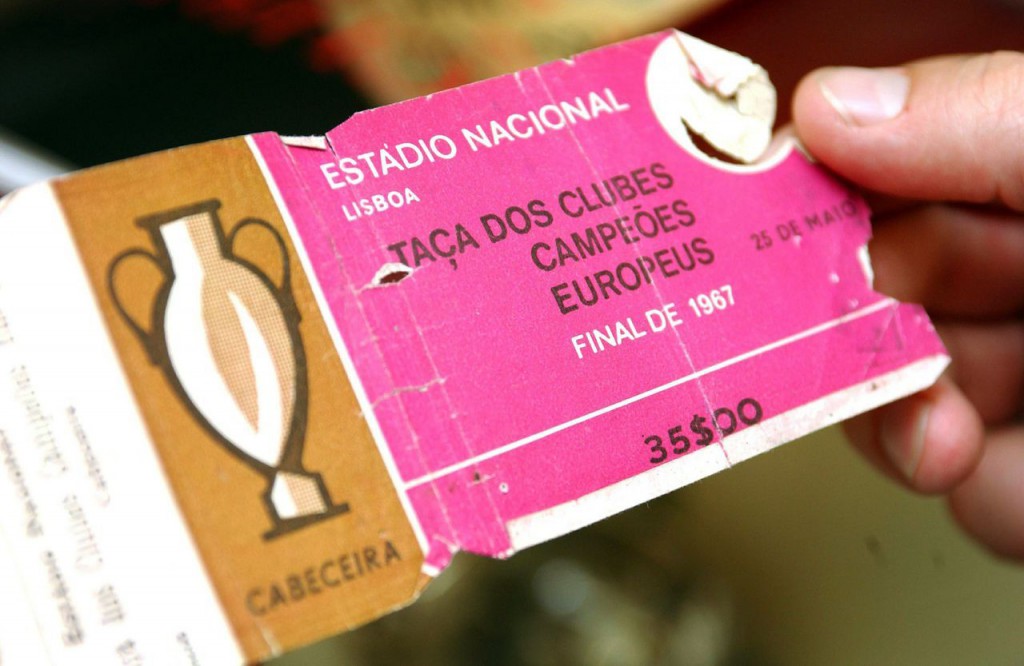 ‘By the time we had made ten yards, Ronnie had got lost. Sean was on my left and around me was a posse of police. But the back-slapping, handshaking and general chaos never let up.
‘We came to an obstacle – the six-foot-wide moat around the pitch. It was supposed to keep the fans on the terracing. Or, put another way, off the pitch. Some hope!
‘Somehow, I made it to the other side. From there it was up the steps to the rostrum. The presentation was made by the President of Portugal, Americo Tomaz. And it was only when I felt the magnificent three-foot-high tophy in my hands that the full impact of the moment came home to me – we were European champions!
‘I have to admit in the emotion of it all everything is a bit blurred. Also, I still had to get back to the dressing room. It was a bit easier than the first journey. This time we were led outside the stadium, hustled into a police car and whipped, siren wailing, through the crowds to the dressing room entrance.
‘We had a bit of a job getting away from the policeman. It appeared he was determined to have his photograph taken withus and the trophy. But Sean and I eventually disentangled ourselves, dived for the dressing room and got through the “scrum” unscathed – except for the fact I had lost my jersey again!
‘It was only then that I got the chance to sit down and soak up the satisfaction of being captain of the Celtic team which had just won the European Cup.’
*From That Season in Paradise – Ten Months of Celtic Heaven. Order your copy now on CQNBookstore.com or pick up a copy at Celtic Stores or at Waterstones.