Celtic Quick News on News Now
You are at:Home»Latest News»HOW THE LEAGUES WERE WON: PART 7
By CQN Magazine on 24th May 2020 Latest News

CELTIC clinched the Magnificent Seven in memorable fashion with a one-sided drubbing of the Ibrox side in the east end of Glasgow.

The unstoppable and irrepressible Odsonne Edouard scored a first-half double while constant menace James Forrest clipped in a third before the break. There was no hiding place for the visitors who looked as though would prefer to be anywhere else on the planet rather than Parkhead with the songs and anthems cascading around the stadium of the triumphant supporters.

Midfielders Tom Rogic and Callum McGregor added further goals to spark off the celebrations with three fixtures remaining. The visitors got off lightly as Brendan Rodgers’ team took their foot off the gas with 37 minutes still to play.

The Irishman’s side went on to beat Motherwell 2-0 with goals from McGregor and Olivier Ntcham in the Scottish Cup Final to lift an unprecedented double treble. 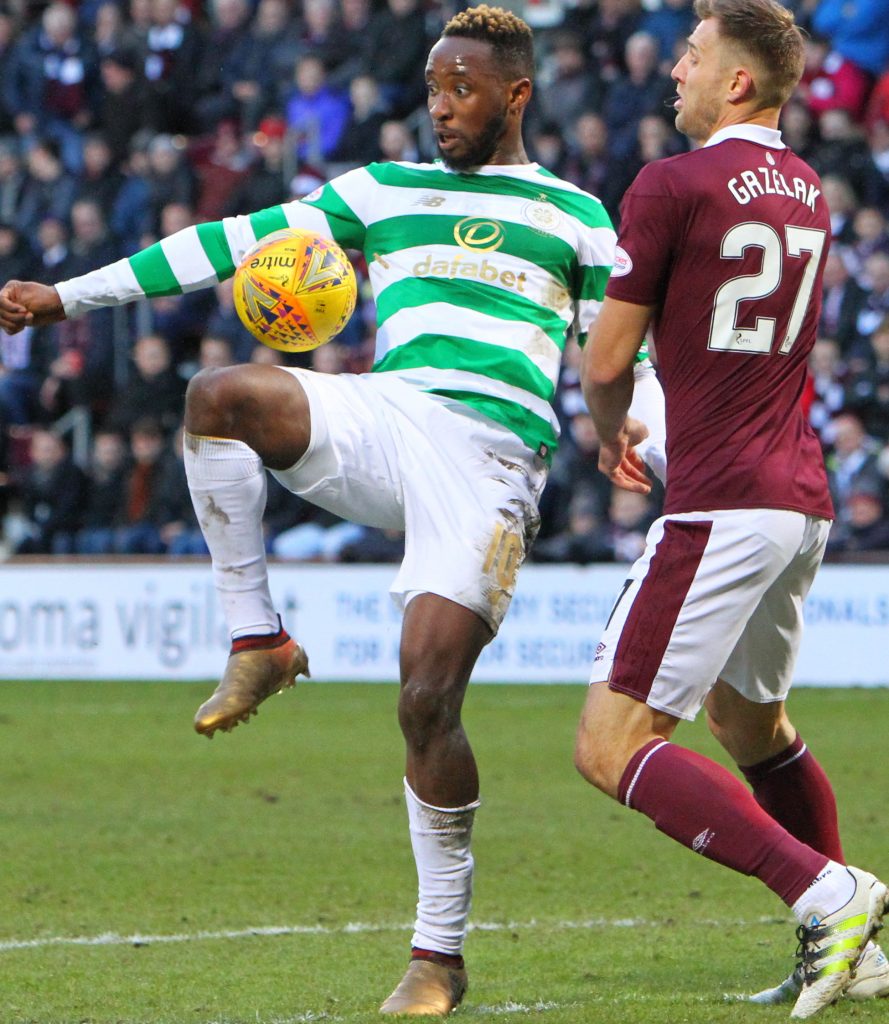 FOR MY NEXT TRICK…Moussa Dembele mesmerises the Hearts defence. 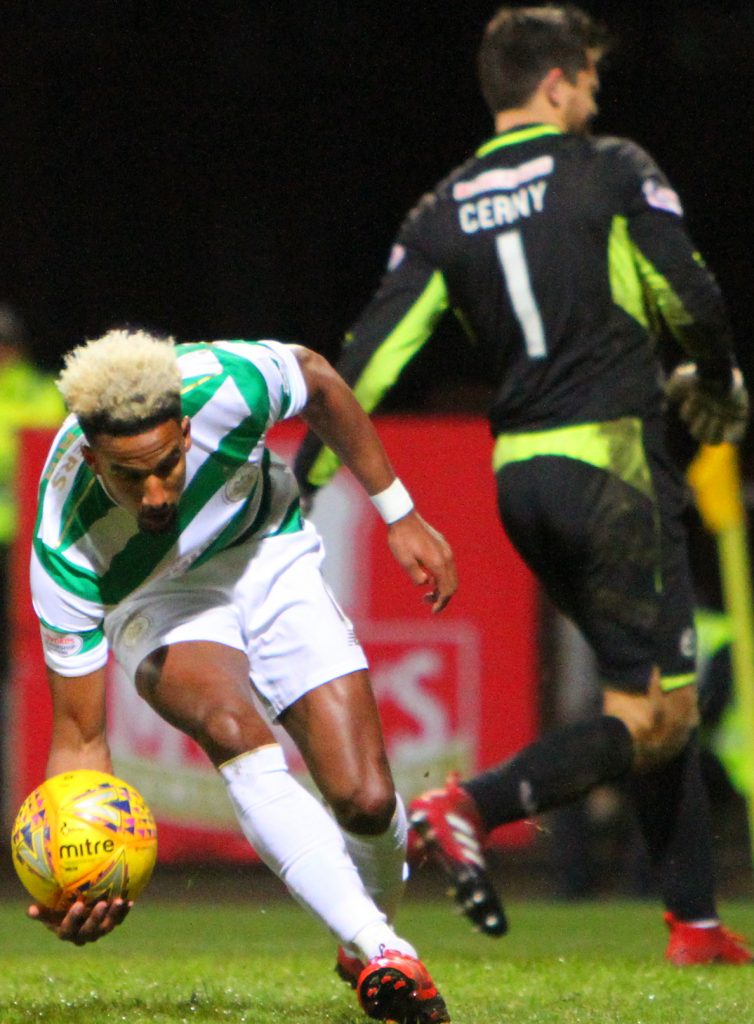 BALL BHOY…Scott Sinclair retrieves the ball after smashing in a penalty-kick against Partick Thistle at Firhill. 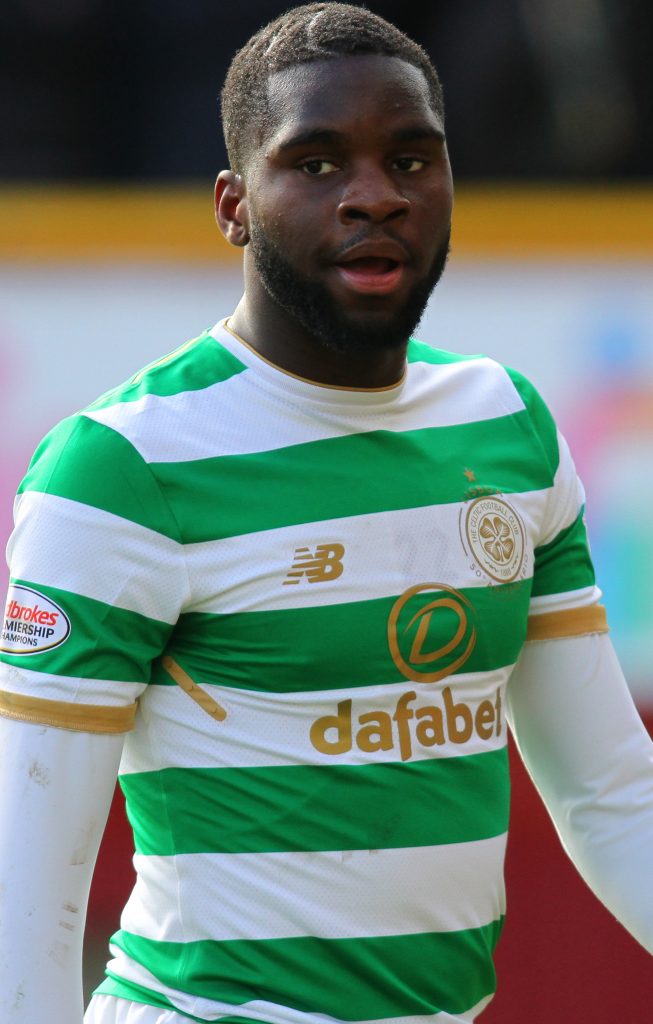 LOAN BHOY…Odsonne Edouard arrived on a temporary transfer from Paris Saint-Germain. He later made the switch permanent in a £10million deal. 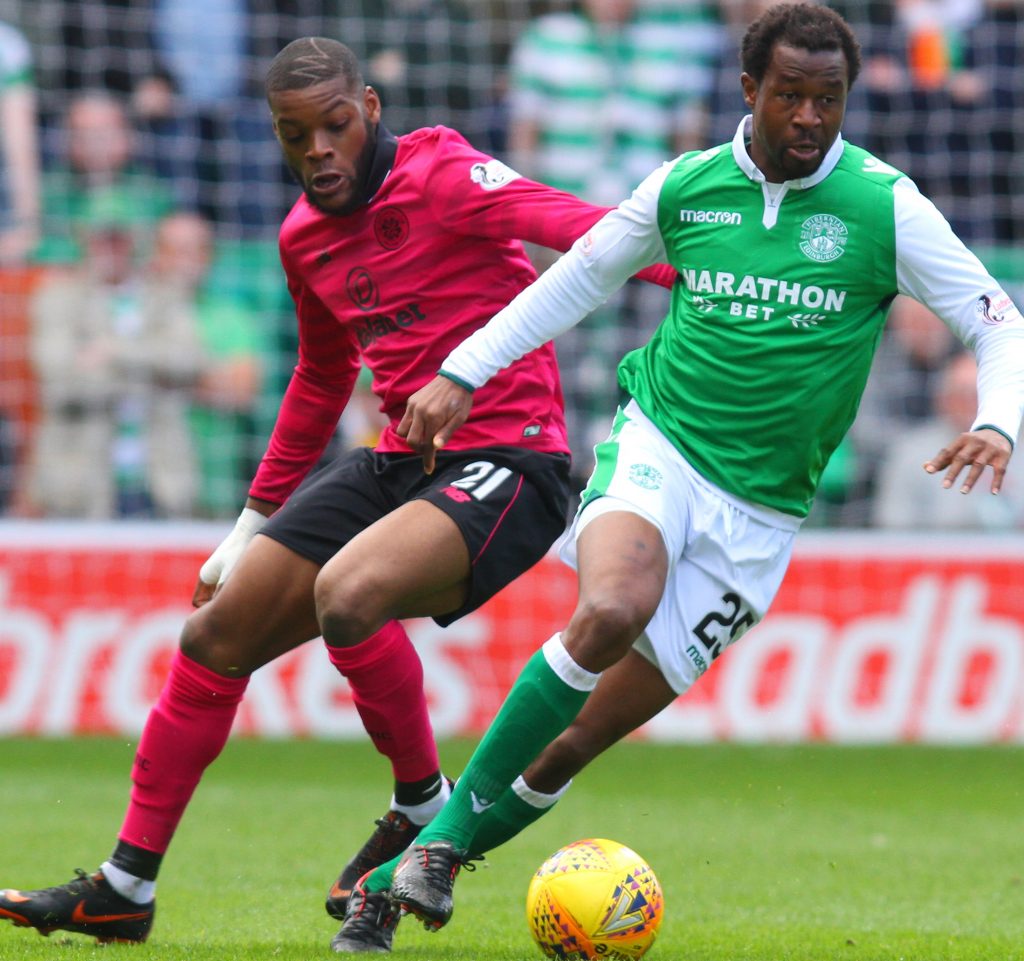 ON THE BALL…ex-Celt Efe Ambrose races away from Olivier Ntcham. 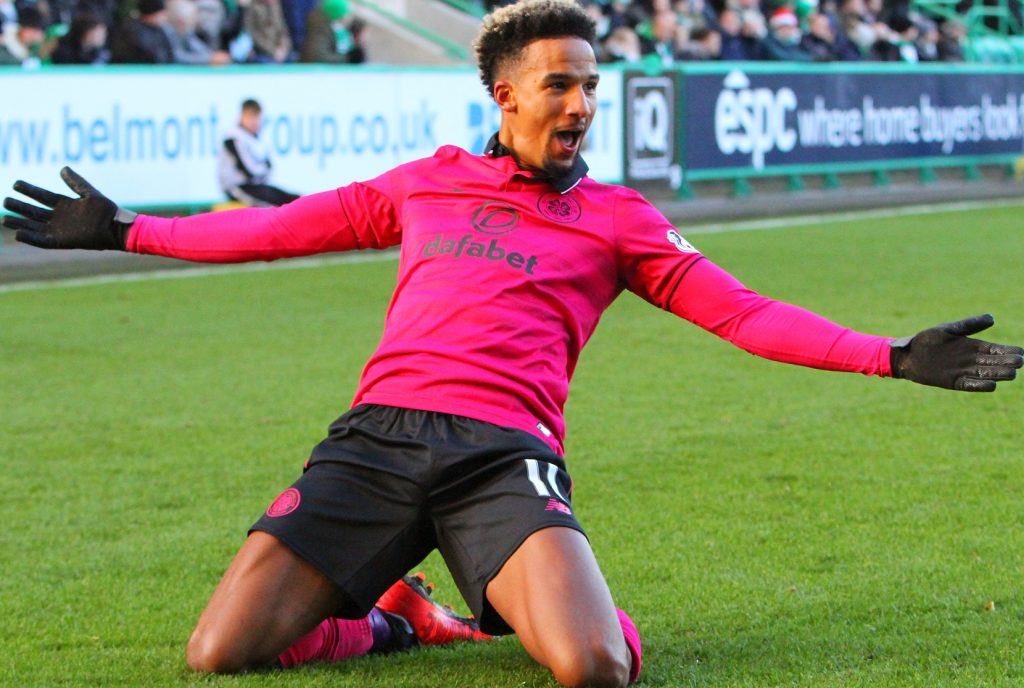 HOW ABOUT THAT? Scott Sinclair is delighted after scoring against Hibs. 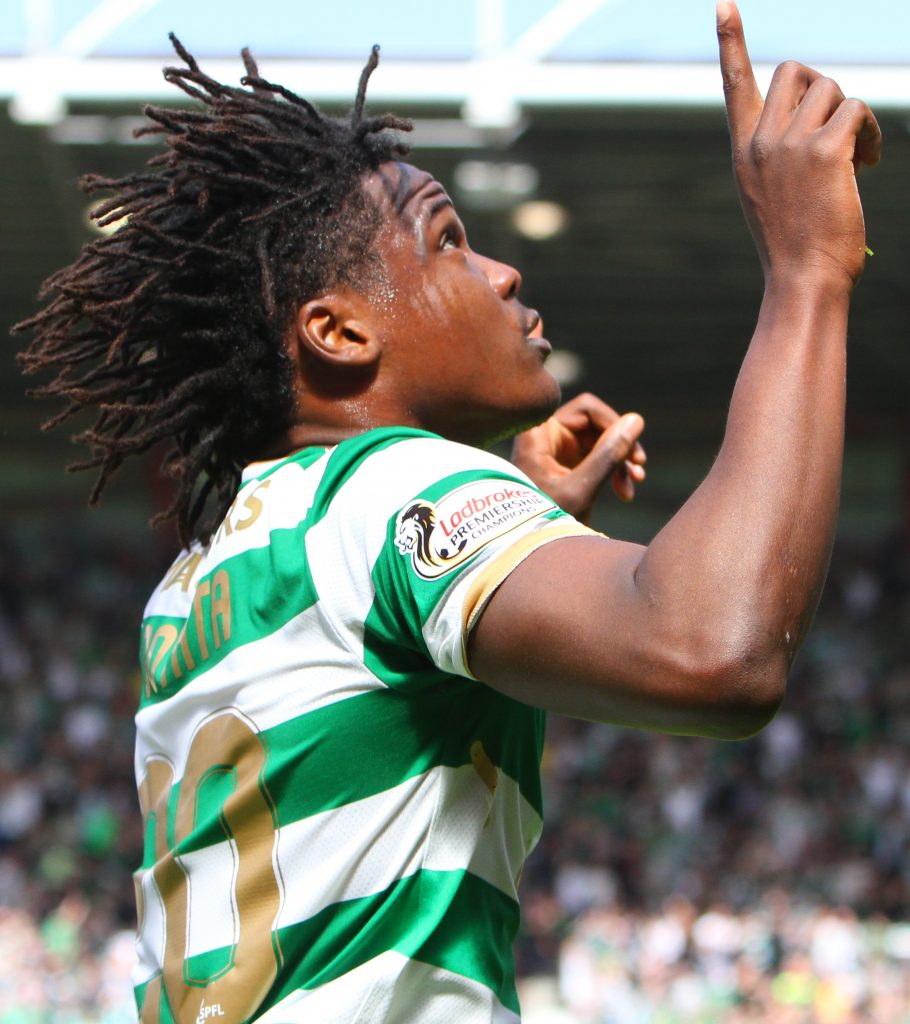 PRAISE TO THE HEAVENS…Dedryck Boyata after netting a header against Hearts at Tynecastle. 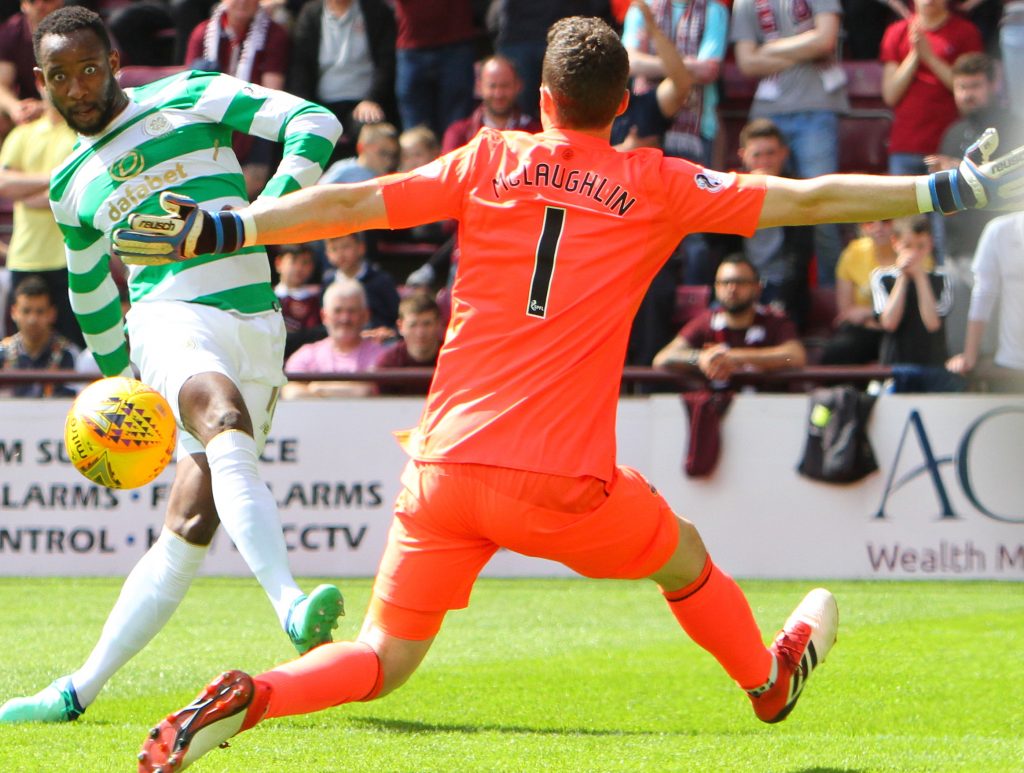 THE EYES HAVE IT…Moussa Dembele fires one past helpless Hearts keeper Jon McLaughlin. 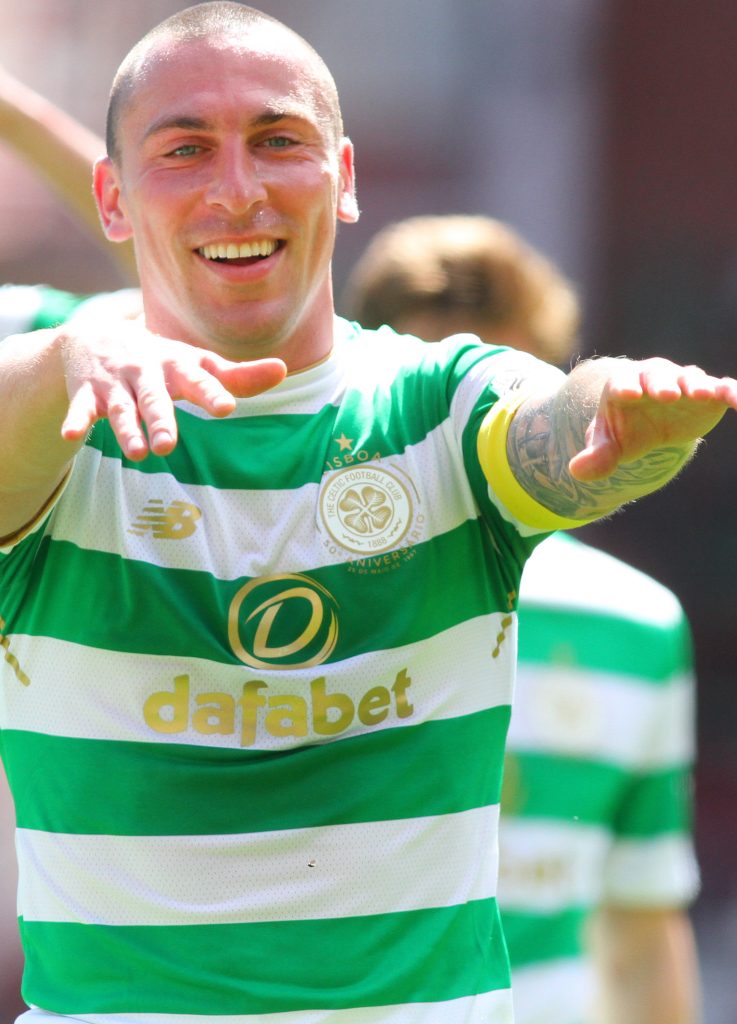 HAPPY DAZE…Scott Brown at the conclusion of another amazing season. 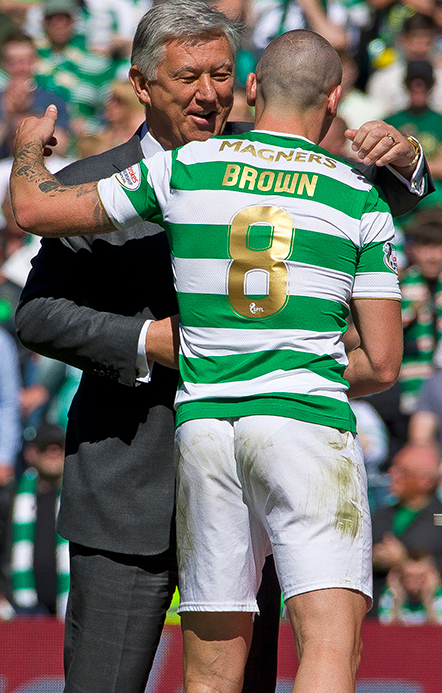