The on-loan winger has become a favourite with the Hoops fans with his all-action style in his 13 appearances since he made his debut in the 3-0 win over Airdrie in the Scottish Cup.

Burke, who is expected to return to West Brom in the summer, scored his first goals for the club when he claimed a double in the 4-0 Premiership victory over St Mirren four days later.

The new Leicester City boss was given the credit for reviving the 21-year-old Scotland international’s career after a spell on the sidelines following his £15million move to the Hawthorns from RB Leipzig 18 months ago.

Burke has now claimed four strikes during his impressive stint and will almost certainly be called up by international gaffer Alex McLeish for the forthcoming Euro qualifiers against Kazakhstan and San Marino. 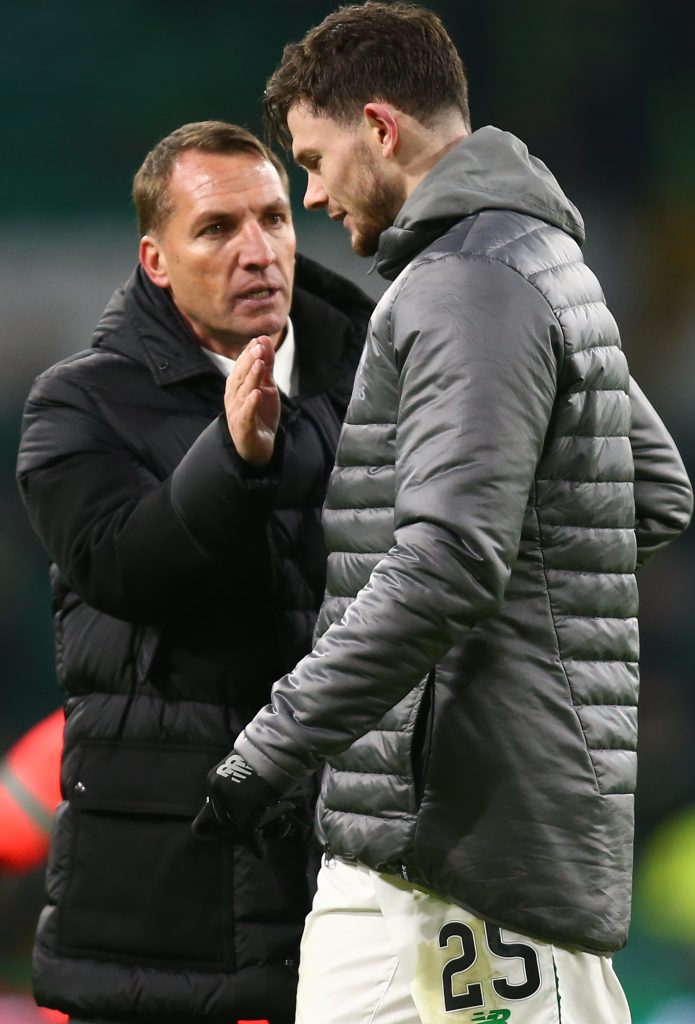 The Bhoy racer is now doing his best to make sure interim manager Neil Lennon gets the role on a permanent basis and has played his part in the triumphs over Hearts and Hibs in Edinburgh over the past week.

Burke, speaking to the Sun, insisted: “As long as I’m playing football and enjoying myself, I don’t care who the manager is.

“I wouldn’t say I was disappointed that Brendan has gone. Personally, I’m still happy here.

“I still feel I can learn a lot from the new manager and I’m looking forward to working under him.”

Burke will get another chance to shine on Saturday when the champions take on Aberdeen at a 60,000 sell-out Parkhead.