Celtic Quick News on News Now
You are at:Home»Football Matters»‘I’LL PROVE MY WORTH,’ JOZO
By CQN Magazine on 27th October 2015 Football Matters
CROATIAN central defender Jozo Simunovic admits he was thrilled to finally make his Paradise bow in Sunday’s 5-0 hammering of Dundee United.
And now the £5.5million new Bhoy from Dinamo Zagreb is determined to remain clear of the ankle injury that sidelined him and make up for lost time following his late signing in the summer transfer window.
Before the victory over the Tannadice outfit at the weekend, his only other first team appearance had been in the 2-2 draw with Ajax in the.Europa League tie in Amsterdam. 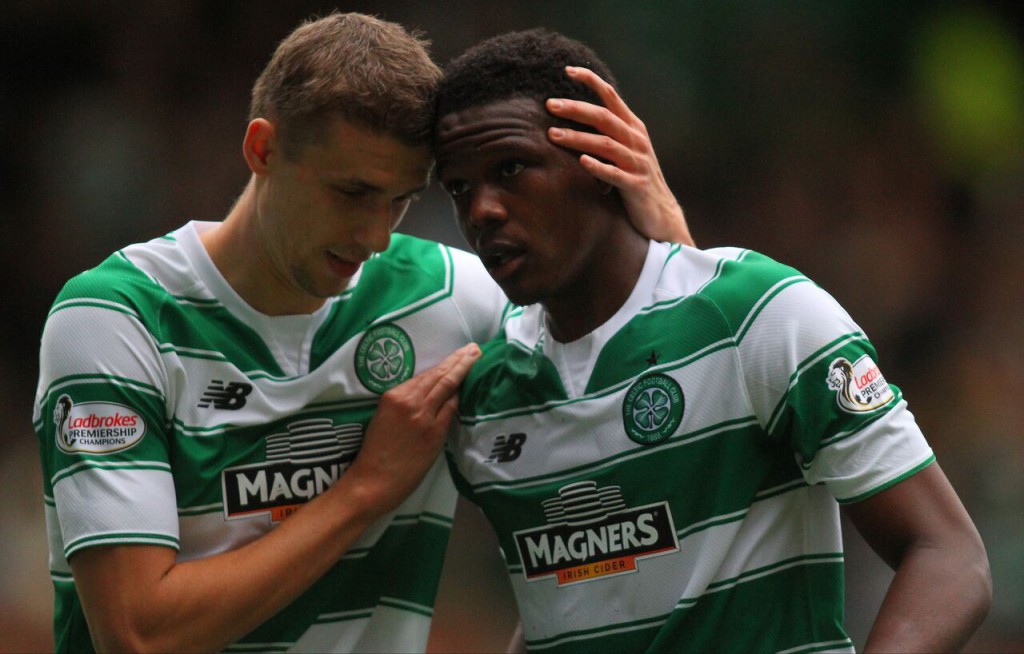 Simunovic, who lined up alongside Dedryck Boyata in the middle of the rearguard, said: “It felt very good. I was excited to play and I felt we played very well. I’m really happy.
“Unfortunately, the injury happened in training and it took quite a long time to heal, but, hopefully, that is now behind me.

“I want to get back quickly and help the team as much as I can. It was very hard watching on the sidelines. There was nothing I could do about it, but I worked really hard to get back.

“There are many games ahead of me now and I hope I can stay healthy.”

The 21-year-old starred in the Sunday stroll for Ronny Deila’s men, but knows the Hoops must perform at their peak in every fixture or risk failure.

He said: “I have seen that if we don’t give our best in every game then we will get problems. We need to keep working.
“I’m just very excited. I’ve only played one game in Scottish football and I’m just looking forward to every game to show what I can do.”
Simunovic defended well against United, but also demonstrated he wasn’t afraid to join the attack with a couple of long-range shots that tested German goalkeeper Luis Zwick.

He added: “I came here to give my best and to justify why I’m here. I don’t set goal targets for myself.

“It’s not important if I score, but that the team scores. If I get chances like I did against United then I will go for them again.”