NEIL LENNON has completed an unwanted hat-trick by departing Celtic for the THIRD time.

The manager left his manager’s position late last night with the club stating he had resigned the post. The 49-year-old Irishman was talking about a summer rebuild only a couple of days ago, so the parting of the ways will be seen as strange timing.

Lennon has been in direct line of some fierce criticism in a calamitous campaign that has gone awry since the inexplicable Champions League exit to unseeded and unfancied Ferencvaros at Parkhead in August.

The frustrated fans have witnessed a catalogue of unacceptable performances which saw an embarrassing capitulation in the Europa League while the club’s three-year grip on the Betfred League Cup was loosened in a bewilderingly inept display against Ross County who managed to nick a 2-0 win in the east end of Glasgow in November.

Another dreadful reverse against the Highlanders in Dingwall on Sunday night hastened Lennon’s exit. 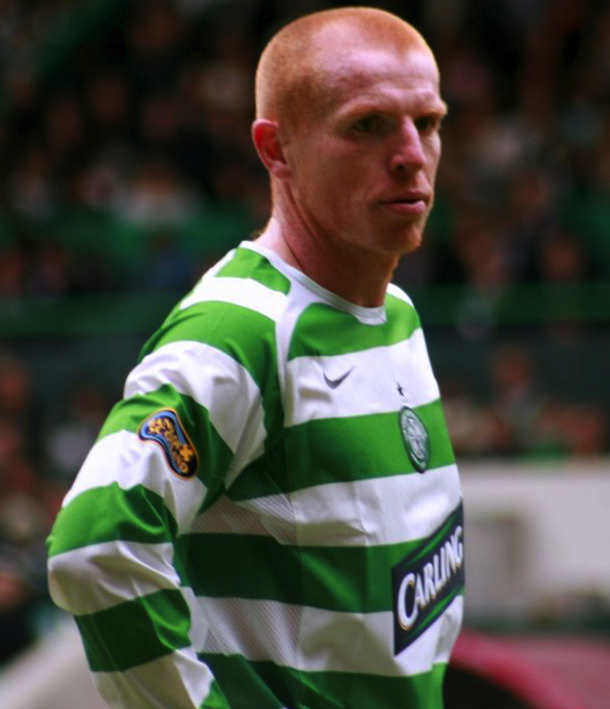 THE GOODBYE BHOY…Neil Lennon prepares to say his last farewell to Parkhead in 2007.

He realised survival in football management is based on results, plain and simple. A failure to deliver will see the occupier of the hot seat being handed a P45 more often than not.

Lennon, a genuine Hoops legend, will be hurting with the downfall of the club – but he has been here twice before.

Author Alex Gordon recalls the emotional farewell from Lennon in his latest Celtic book, ’50 Flags Plus One’, which has just been published. After Gordon Strachan’s second title win, the gritty performer acknowledged his time at his boyhood favourites was coming to an end.

In an edited extract, Alex writes about the moment Lennon’s seven-year career was edging to a close.

NEIL LENNON announced he would be leaving Celtic and the Northern Ireland international midfielder revealed: “I have been crying for a couple of days about things, but I’m not too bad today. I have no regrets at all about my time here, but it is right for me to move on.”

Earlier that month, on the Sunday afternoon of April 22 2007, sunshine smothered every corner of Ayrshire. Celtic had been presented with the perfect setting to claim their forty-first championship.

A breathless Strachan grinned: “I thought we were in for another long week, but I am lucky to have a genius on board. I thought it was asking too much of him. But he did it once more. It was fitting he should score the goal that won the title. He has played more minutes for us than anyone else this season and covered more ground than any other player. He is the most technically-gifted player I have ever been involved with in the game. I played alongside the likes of Bryan Robson and Kenny Dalglish, who were fabulous footballers, but for a sublime touch, Naka is the best.”

Following a hip operation, Strachan missed the 2-1 home win over Aberdeen on May 12, with Tommy Burns taking charge of the team. It was a highly-charged and emotional encounter with Neil Lennon making his last appearance in the green-and-white hoops at Parkhead. He was given a standing ovation as he left the field with three minutes remaining to be replaced by Gary Caldwell.

Now it was onto the national stadium for the Scottish Cup Final against Dunfermline on May 26 and the most unlikely hero in the club’s history – Jean-Paul Pierre-Doumbe, surely the only Celtic player with a double double-barrelled name, who made a total of eight appearances for the first team and who arrived as a stranger and left as a stranger. However, the reclusive Cameroon international right-back, on loan from Rennes, had a date with destiny as did Neil Lennon. 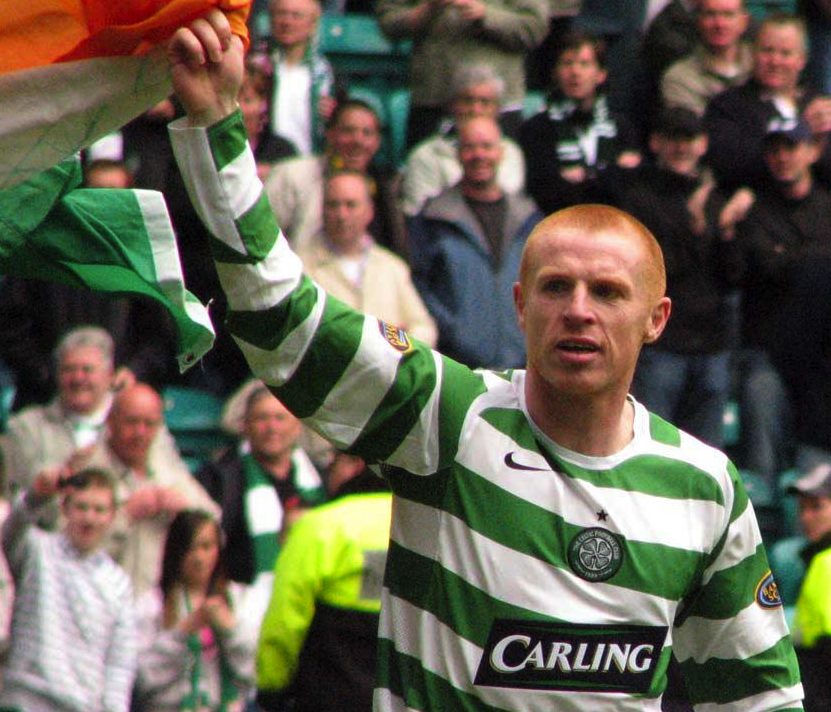 FAREWELL TO PARADISE…Neil Lennon waves to the cheering fans.

The actual action will not linger long in the memory banks, but the deadlock was broken in the eighty-fifth minute as Celtic built an attack on the right. Craig Beattie passed inside and Pierre-Doumbe stretched to prod the ball along the ground and away from Dorus De Vries at his far post. The scrappy goal matched most of what was on show that afternoon.

Lennon’s grand farewell was cut short in the sixty-sixth minute when Strachan replaced him with Gary Caldwell and the outgoing captain, who headed straight to the dressing room before returning to watch the end of the game, said: “That’s football. You sometimes have to make decisions not everyone might like. It wasn’t my Cup Final, it was the people’s Cup Final, anyway.

“I’ve always been a team player. I’m going to miss the place. It’s the end of an era for me and the start of something else. I just wish the club and the fans all the success in the world.

“I couldn’t have asked for any more. It was a great way to finish my career here. We’ve completed the season as double winners. The boys made a bit of history for themselves and the club. You’re in the game to win things and I had seven unbelievable years and it’s a brilliant way to finish.”

Lennon, of course, went out in style when he left the managerial role first time around at the end of season 2013/14 after winning his second successive title.

Author Alex Gordon gives the full insightful tales into remarkable seasons in Celtic history in ’50 Flags Plus One’, in which the former national newspaper Sports Editor writes with insider knowledge about the unforgettable campaigns of the Parkhead club.