Celtic Quick News on News Now
You are at:Home»Latest News»‘DON’T WANT TO BE THERE,’ EX-CELT SLAMS PLAYERS
By CQN Magazine on 24th February 2021 Latest News

FORMER title-winning Celtic defender Kelvin Wilson has pointed the finger of guilt at Hoops players who “don’t want to be there” in a wretched season.

Neil Lennon has paid the ultimate price for the unacceptable performances by departing the manager’s role with eight Premiership games still to play.

Assistant boss John Kennedy will take over in an interim basis, starting with the visit of Aberdeen on Saturday.

Fans have raged and adopted the scatter gun approach in their ferocious criticism and the manager was targeted after a series of awful results that saw the nine-in-a-row champions failing spectacularly at home and abroad.

They suffered their fourth Premiership loss on a miserable campaign against Ross County in Dingwall on Sunday night when the defence fell asleep yet again at a set-play. The Highland side’s giant frontman Jordan White was allowed to run away from the static Diego Laxalt and Scott Brown and get his head to Harry Paton’s left-wing free-kick delivery to bury an effort behind the stranded Scott Bain from six yards.

Wilson, who was signed by his former Nottingham Forrest team-mate Lennon in July 2011, has been left astonished and bewildered at his old club’s results this term.

The 35-year-old Englishman looked at the rage within the support and, speaking to the Celtic Huddle podcast, said: “I don’t think it is fair.

“He’ll (Lennon) never shy away from something or hide away. He’ll always face up to things head on. Me, watching the games I have, it’s been about the players.

“It’s like a lot of them don’t want to be there. I mean, you’re playing for 10 in a row, making history.

“Even if it’s not pretty, you’re making sure you get the results. Yet to see some of them, it’s just like they’re not batting an eyelid.

“I don’t know them personally, I don’t know what’s going on behind the scenes. But, from a fan looking in, as an ex-player, it looks like a lot of them don’t want to be there — they’ve got their mind set elsewhere in the summer.

“I wouldn’t blame Neil. Yes, he might have got a few things wrong and I’m sure he’d hold his hands up to that. But, when the players go on the pitch, it’s down to them then. It’s out of Lenny’s hands.” 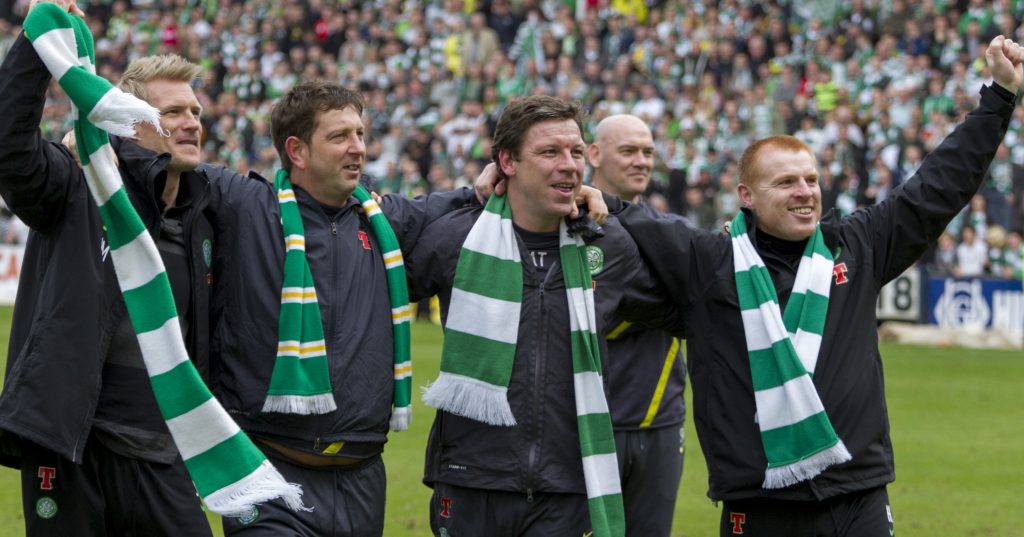 Wilson, who quit the Hoops to return to Forest in 2013, added: “When I played under Neil — and he had a different backroom team then with Johan Mjallby and Garry Parker — you couldn’t concede from set-pieces or else you’d be getting dug out for it.

“And it’s costing them the games. Every game near enough it’s a set-piece. It’s baffling.

“No-one saw this season coming. Usually, you look at the results and you think: ‘Did Celtic win again this week?’

But I’m now looking and thinking: ‘Have they lost again?’

“Which I don’t think has ever been the case with Celtic, especially in the league. So, I think seeing what’s happened this year, it won’t happen again, I don’t think. Not for a long time.

“I don’t think Celtic will be so poor like this for a long time.

“Even if they weren’t going to do the 10 in a row, it should’ve been a much, much tighter title race.”