The champions were stunned to learn there had been a note of complaint from compliance officer Clare Whyte in the first place and assistant boss John Kennedy dismissed the charge as “crazy”. It appeared no-one believed the SFA would take action, but, in their infinite wisdom, they did that very thing – and provoked the anticipated response to a a widely-acclaimed preposterous judgement.

Not only did the powers-that-be land the Scotland international midfielder with a two-game ban, they tagged on another match just for good measure. Christie received an automatic two-game ban which will keep him out of the Scottish Cup-tie against Partick Thistle at Firhill on Saturday, January 18 and the Premiership trip to Rugby Park to take on Kilmarnock in midweek. And, as an additional penalty, they ruled him out of the visit of Ross County the following weekend.

Many deemed the decision as laughable while others thought it was a tad more sinister.

Okay, CQN readers, the floor is yours to decide. We have captured the relevant images as they happened in the second-half of the game with Morelos on the ball in his side’s own half on their right wing near the corner flag.

Who was the real fall-guy – Morelos or Christie? It’s make-your-mind-up time. 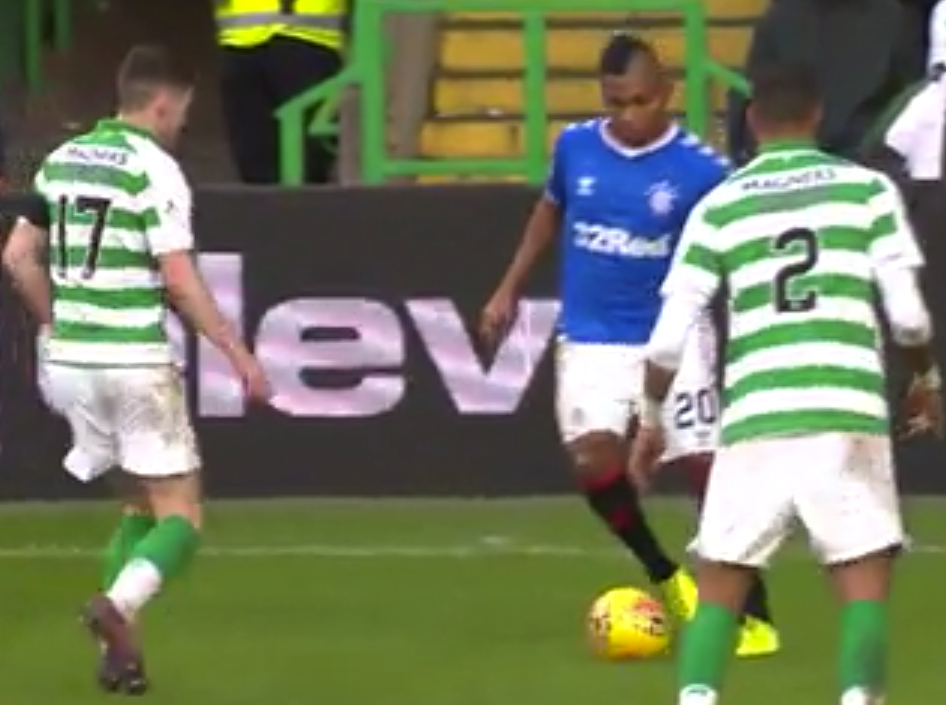 ONE…Morelos gets the ball under control as Christie moves in and Christopher Jullien looks on. 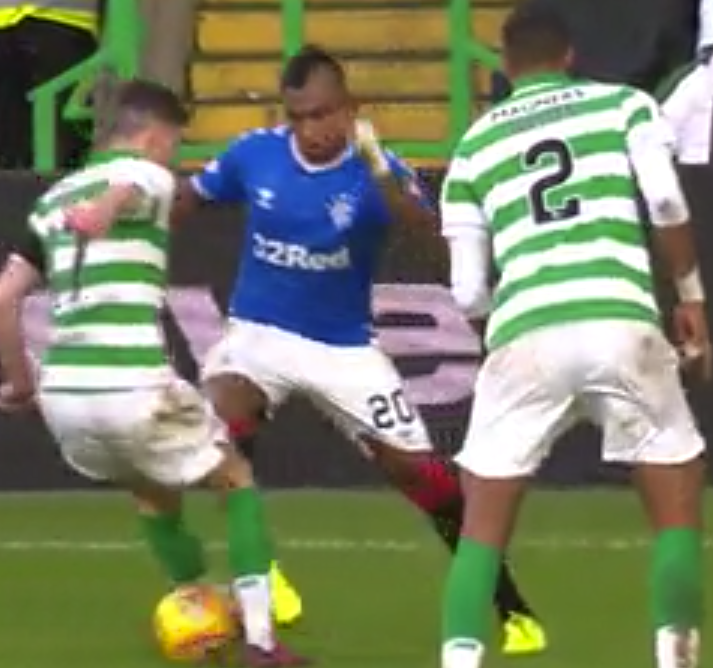 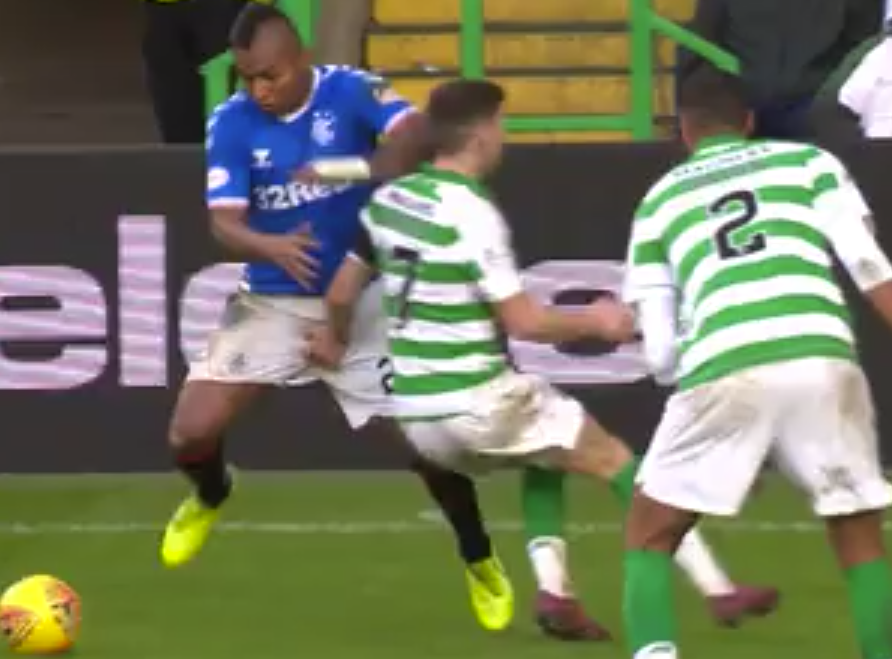 THREE…Christie’s hand is in a sensitive area, but he is not even looking in the that direction.

FOUR…Christie turns while attempting to hold back Morelos who is is still vertical at this stage. 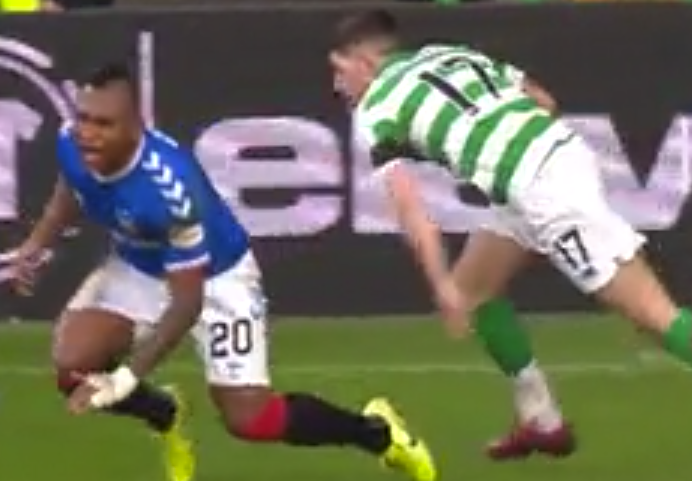 FIVE…Morelos appears to wince in pain as he prepares to hit the deck. 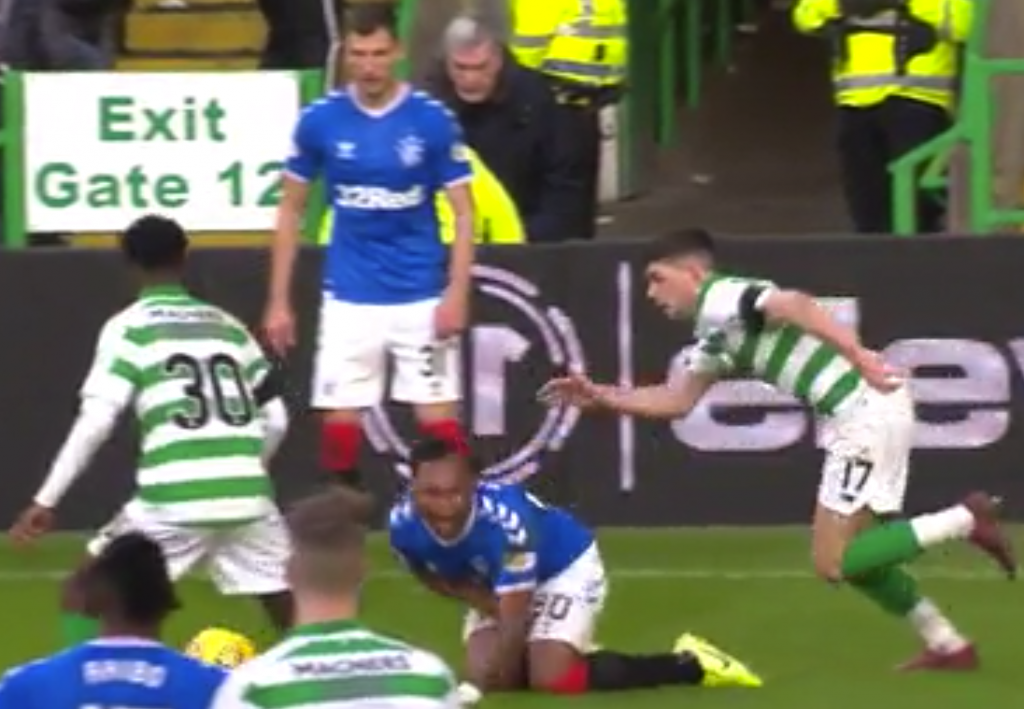 SIX…Morelos is on the floor as Christie continues to chase for the loose ball. 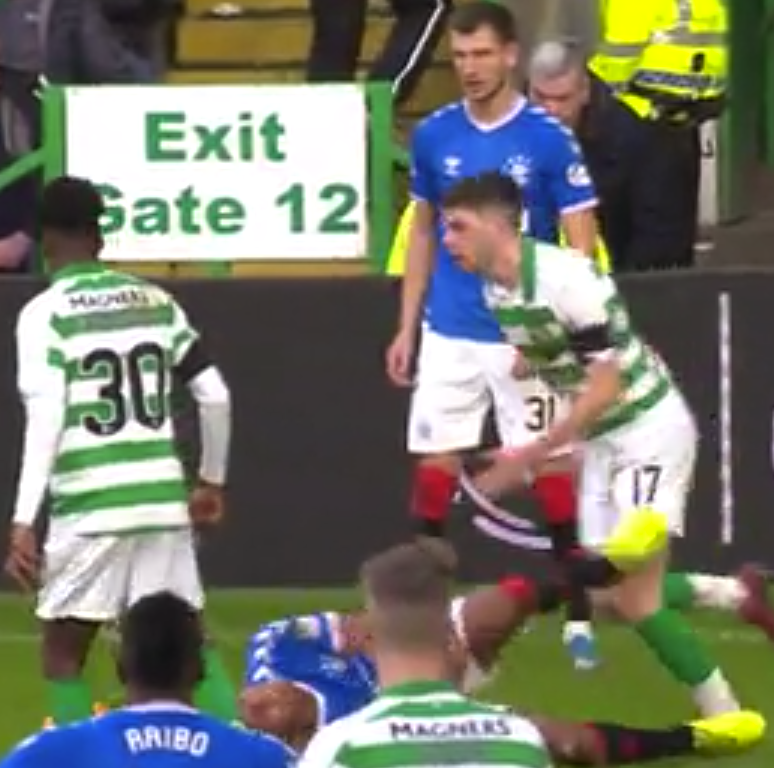 SEVEN…Morelos decides to have a roll on the deck for effect with Christie continuing to ignore the antics his opponent. 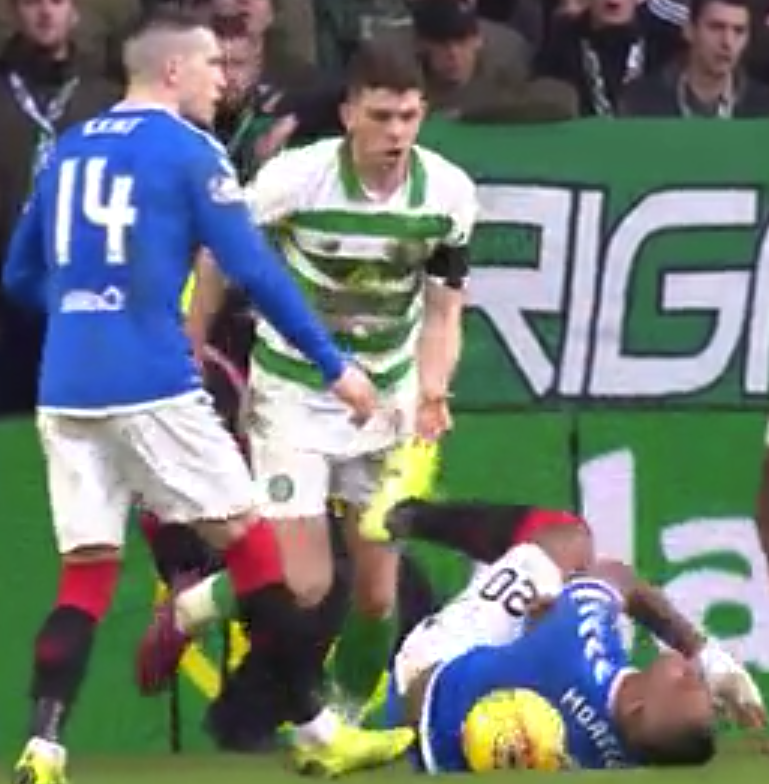 EIGHT…Morelos goes through the time-honoured role while Christie and Ryan Kent look on.

Referee Kevin Clancy had a good view of the incident, correctly awarded the Ibrox side a free-kick and that was the end of the short-lived and hardly-memorable incident. Until Clare Whyte and Co intervened.

PS: Morelos was sent off for the SEVENTH time in his Ibrox career for diving in stoppage-time. Surely the irony will not be lost on anyone?