The Japanese hitman – who netted 20 goals in his debut campaign at the Hoops – is in his homeland for a break before he returns to Scotland to prepare for the rigours of the new campaign. 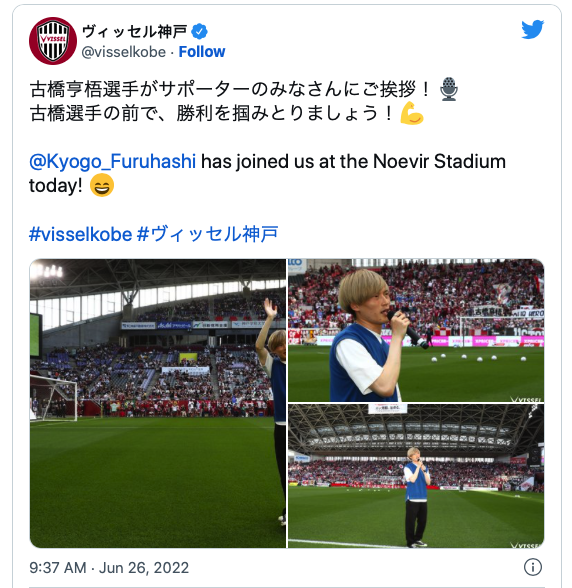 THE RETURNING HERO…Vissel Kobe capture the moment on social media.

Kyogo turned up at the club’s training ground during the week and went through some session with his former team-mates, including Andres Iniesta, as CQN reported.

On this occasion, the 27-year-old pacy raider, who cost £4.6million in late July last year and is under contract until 2025, was asked to take a microphone to address his one-time legion of adoring fans at the 30,000-plus capacity Noevir Stadium.

Kyogo received a rapturous reception on his first return to the ground since Ange Postecoglou swooped to make him one of his first signings as he revamped the squad following his June 10 arrival from J-League rivals Yokohama F Marinos. 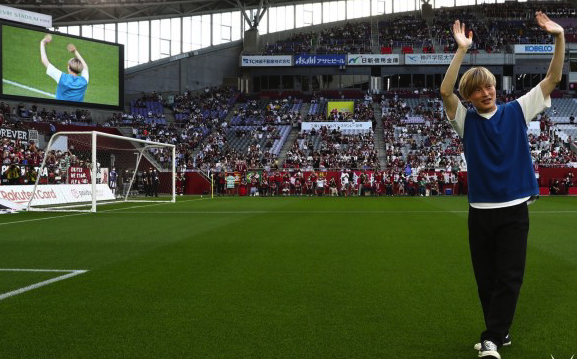 WELCOME BACK…Kyogo Furuhashi takes a bow in front of his former fans. 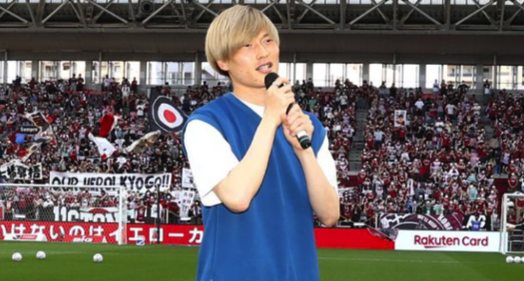 The hitman will miss pre-season training at Lennoxtown tomorrow along with Daizen Maeda and Reo Hatate who have been involved in their nation’s games during the summer.

However, Kyogo and all of the club’s international stars, including skipper Callum McGregor, will be present when the Hoops head for their training camp in Austria next month.