THE unfortunate Daniel Arzani could see his jinxed two-season loan deal to Celtic end in January.

The 20-year-old Australian international winger looks poised to head back to Manchester City after just TWENTY-TWO minutes of first-team action for the Hoops.

That is even fewer than that of £1.2million German defender Marvin Compper who played 83 minutes in his first – and last – outing for the club in a 3-0 Scottish Cup win over Morton at Parkhead in March last year. 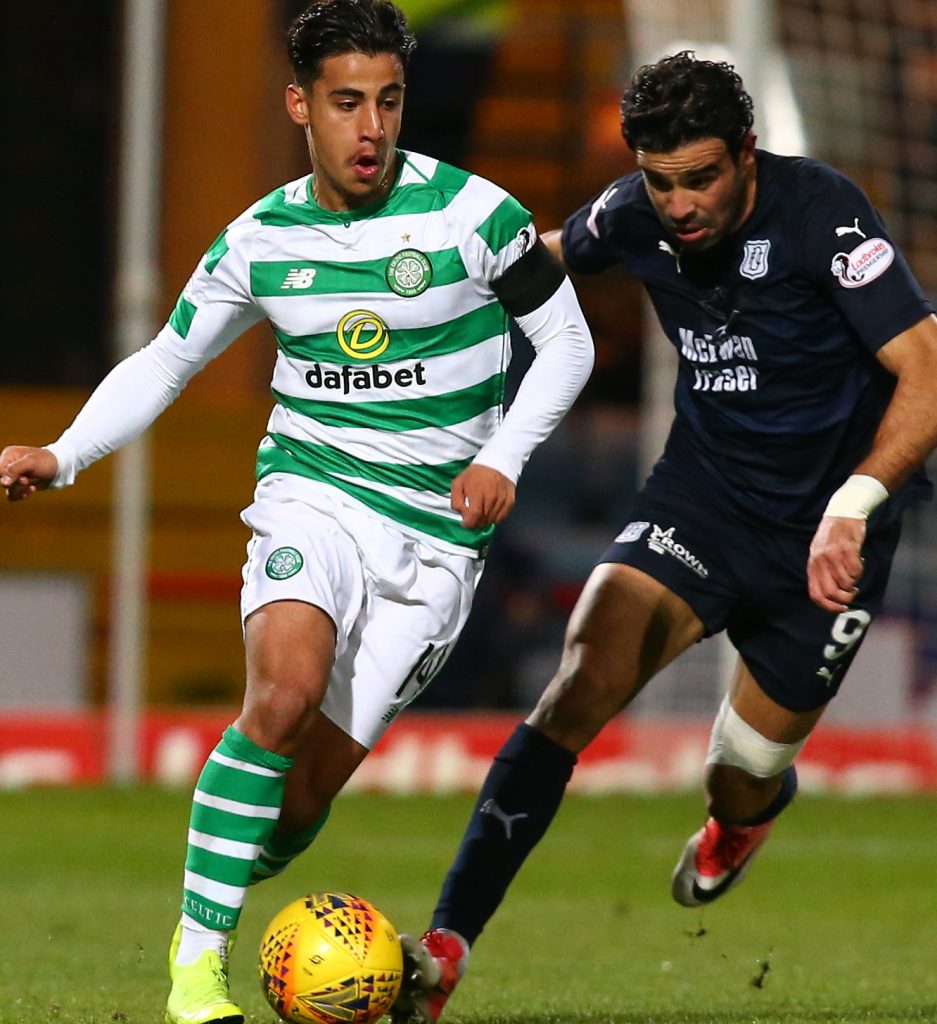 NOW YOU SEE ME…Daniel Arzani in his only Celtic appearance.

Arzani, who made three substitute appearances for his nation during the World Cup Finals in Russia alongside Tom Rogic, arrived with a massive reputation.

But the gifted forward, who came on as a substitute in the 5-0 hammering of Dundee at Dens Park in October last year, had to be carried off after twisting a knee when his studs caught in the playing surface with no-one around him. It was later diagnosed as a cruciate problem that ruled him out for the remainder of the treble treble campaign.

He is now back to peak fitness, but has been overlooked by Neil Lennon who has an abundance of wingers such as James Forrest, Scott Sinclair, Mikey Johnston, Marian Shved, Lewis Morgan and Jonny Hayes all looking for places in his squad.

Arzani is struggling for game time at the champions and the solution could be a return to his parent club when the transfer window reopens in January.