JOZO SIMUNOVIC is in no doubt Celtic will have to IMPROVE if they are to overcome Valencia in the Europa League in February.

The Croatian central defender reckons the 2-1 defeat from RB Salzburg must act as a wake-up call for Brendan Rodgers’ men if they are to have a chance of progressing to the last-16 of the knock-out stages.

The Hoops won through on nine points while RB Leipzig failed on six following Rosenborg’s late equaliser in the Red Bull Arena on the night the unbeaten Austrians were winning at Parkhead.

Simunovic said: “The Salzburg defeat leaves us with a lot to work on, there is no doubt about it. I always believe every team needs to improve, even Barcelona.

“There will be fragments of their game where they can improve – and we are exactly the same.

“When you are playing against better teams then you need to improve every aspect of your play. That was shown in our matches against Salzburg.

“We were lucky, thank God, that the other result in our group went our way. So, thankfully, we managed to get through in the end.

“It is never nice when you lose a match, although Salzburg were the better team and deserved their win. They got to the semi-finals of last year’s Europa League. They are amazing, and great at pressing. 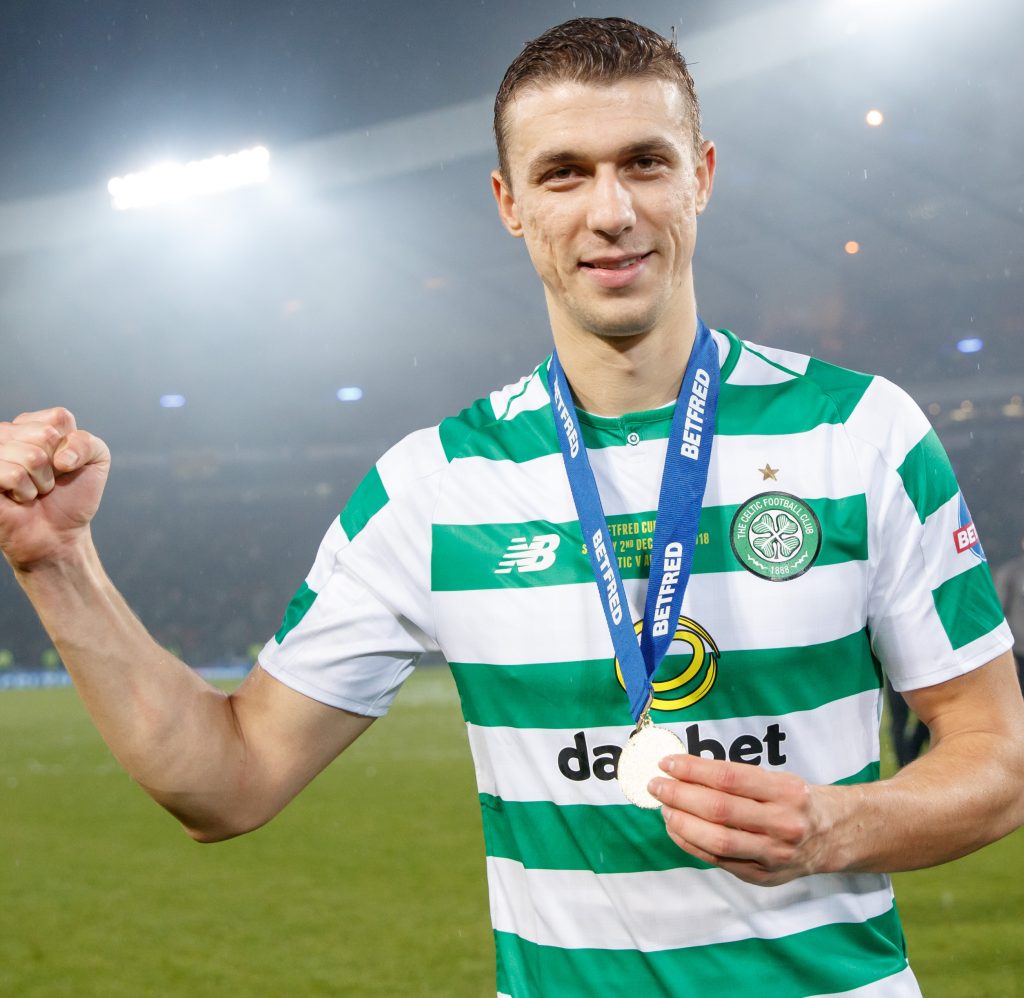 SILVER SERVICE…Jozo Simunovic with his League Cup medal after the 1-0 win over Aberdeen this month.

“They were maybe the same level as we would expect to play in the Champions League.

“Losing to Salzburg was good in a way, because it shows us where we need to improve for the future.

“We need to show a big improvement in the last 32. We know teams won’t fancy coming to Celtic Park and it is up to us to impose our game on them.”

A goal from Odsonne Edouard gave the Celts a 2-1 win over Leipzig in Glasgow and Scott Sinclair followed up with a header that brought three points from Rosenborg who had already been beaten 1-0 at Parkhead earlier in Group B.

Those three victories were good enough to get Rodgers’ men through to the next stages of the competition.

Valencia, who dropped out of the Champions League group that contained Juventus and Manchester United, will travel to play the first game in Glasgow on February 14 with the second leg a week later.