NEIL LENNON could face a frantic a search for a new goalkeeper in the summer.

Uncertainty over the future of football during the worldwide lockdown due to the coronaviris pandemic means everything is in cold storage just now.

However, as it stands, Fraser Forster is due to return to parent club Southampton when his loan deal expires in June and Craig Gordon comes out of contract at the end of next month.

However, both deals could be extended during unprecedented circumstances. 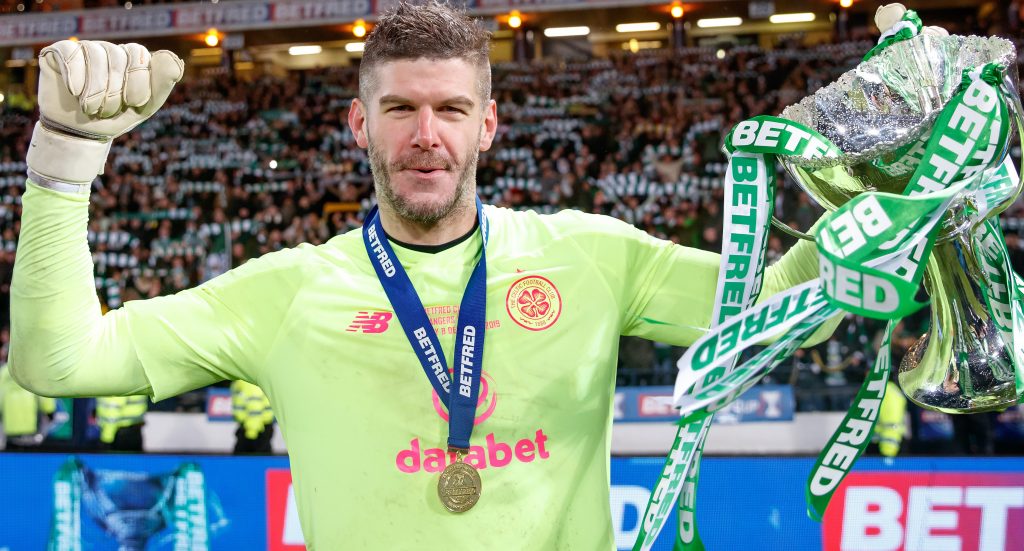 That would merely prolong the situation if both Forster and Gordon are unavailable for a new campaign. That would leave Scott Bain, who has made only eight appearances this time around, as the main man with rookies Conor Hazard and Ross Doohan as options.

Pat Bonner, the Hoops’ legendary shotstopper, looked at the possible headache for the Parkhead manager and told the media: “You have to think keeping Fraser Forster at the club would be Neil’s priority.

“I don’t know what the specific financial elements would be for that to happen and if Southampton would be open to a fresh loan arrangement.

“Maybe they’d even be willing to discuss a permanent agreement. That option would be very expensive with a transfer fee and wages combined, while Fraser would probably have to take a substantial drop in money.

“But I’m certain Fraser would want to stay with Celtic. Why wouldn’t he? Coming back has been a big success for him. He’s revived his career by playing every week and he’s produced for the team domestically and in Europe.

“Fraser is definitely the man for top saves at big moments in games. Neil likes a goalkeeper to have a major presence and Fraser definitely fits that bill.

“But if something wasn’t to happen there and Craig Gordon also departed, then it’s a big, big challenge for Neil to bring in someone else.

“It’s such a crucial position for a top club. You need a quality goalkeeper.

“If faced with having to go into the market, I imagine Neil would bring in just one keeper.

“Then he’d have Scott Bain plus one of Conor Hazard or Ross Doohan as his third-choice back-up. For me, that would be enough.

“I’m sure the goalkeeping coach, Stevie Woods, would have a say on things, including who else is out there if Forster and Gordon aren’t coming back.”

Republic of Ireland icon Bonner added: “As it stands, Celtic have extraordinary strength in depth with their keepers. All three are internationals.

“But that could change quickly in the summer depending on how things go and Neil would have to recruit very wisely.

“You never know, maybe Craig will get a new deal if another agreement with Southampton for Forster isn’t possible.

“I still think he’s very capable and his track record at Celtic speaks for itself.”