ANGE POSTECOGLOU fired back at the accusation the 2-0 win over St Mirren at Parkhead last night “was a hard watch” as Celtic maintained their three-point advantage at the top of the Premiership.

The Paisley outfit set up a red-clad barrier in front of the Hoops and managed to keep their goal intact in the opening 45 minutes of what was turning out to be a frustrating evening in the east end of Glasgow.

However, the breakthrough goal arrived 10 minutes after the turnaround when Cameron Carter-Vickers, with his third strike of the season, volleyed in after a Filipe Jota right-wing free-kick broke off Carl Starfelt to his feet. The Spurs loanee didn’t hesitate as he belted the ball high past the stranded Jak Alnwick.

And skipper Callum McGregor made certain nine minutes from the end when he carefully slotted an angled drive past the keeper low to his left. 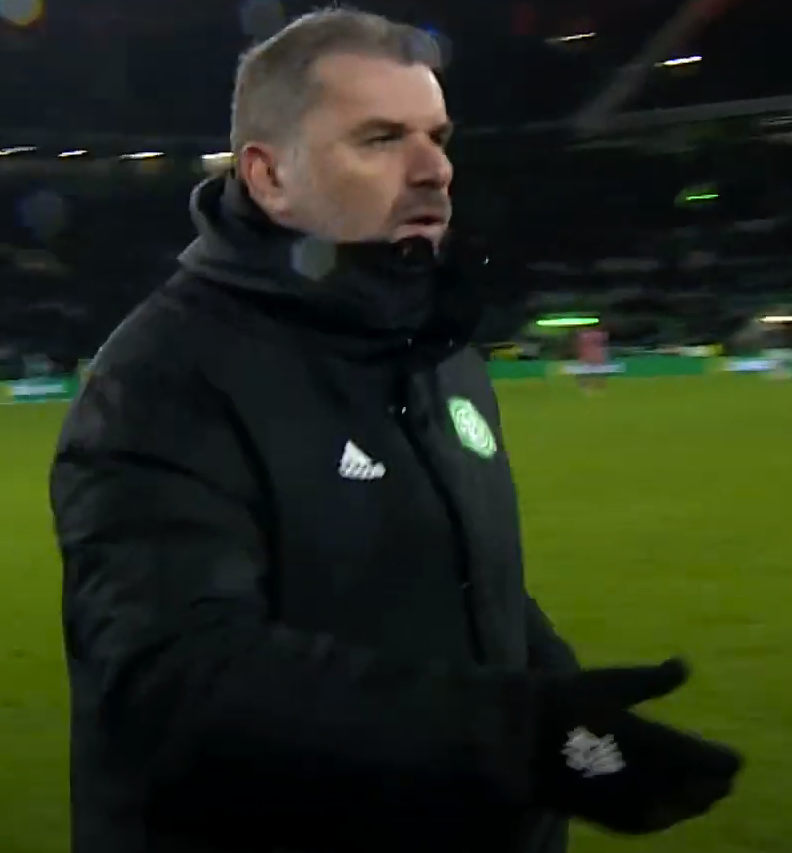 THE END GAME…Ange Postecoglou’s team are now three points ahead with nine matches to play.

Joe Hart had not been required to make a direct save in a one-way 90 minutes-plus confrontation as the visitors set out to deny the the Hoops.

Immediately after the match, a BBC reporter opened his questioning with this offering: “That was a hard watch at times. Is that fair?”

Postecoglou thought for a moment before replying: “It depends what you’re looking for – maybe you’re disappointed with the way it went, mate.

“I’m not really sure. We’ve won a game 2-0, they didn’t create anything, we dominated the football and it’s hard when the opposition sit so deep.

“I thought if anything we were good today. We were solid, we stayed composed and did what we had to do to wear down an opposition that were sitting deep and defending well.”

Asked if he was expecting a tight conclusion to the season, the Greek-Australian gaffer, speaking on BBC Sportsound, answered: “There you are.

“I have all along, but you guys had a different view earlier on.” 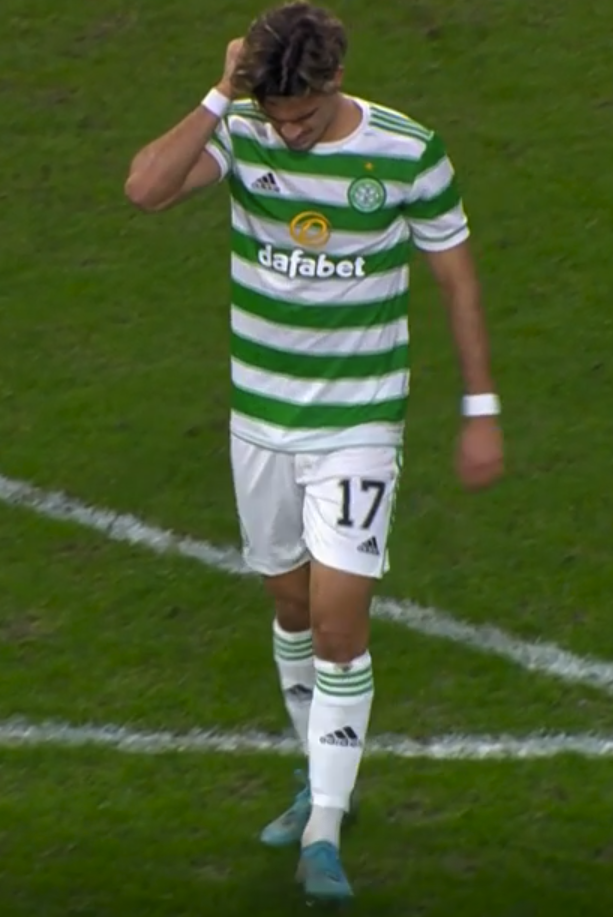 OOPS…Filipe Jota scratches his head as another chance is missed. 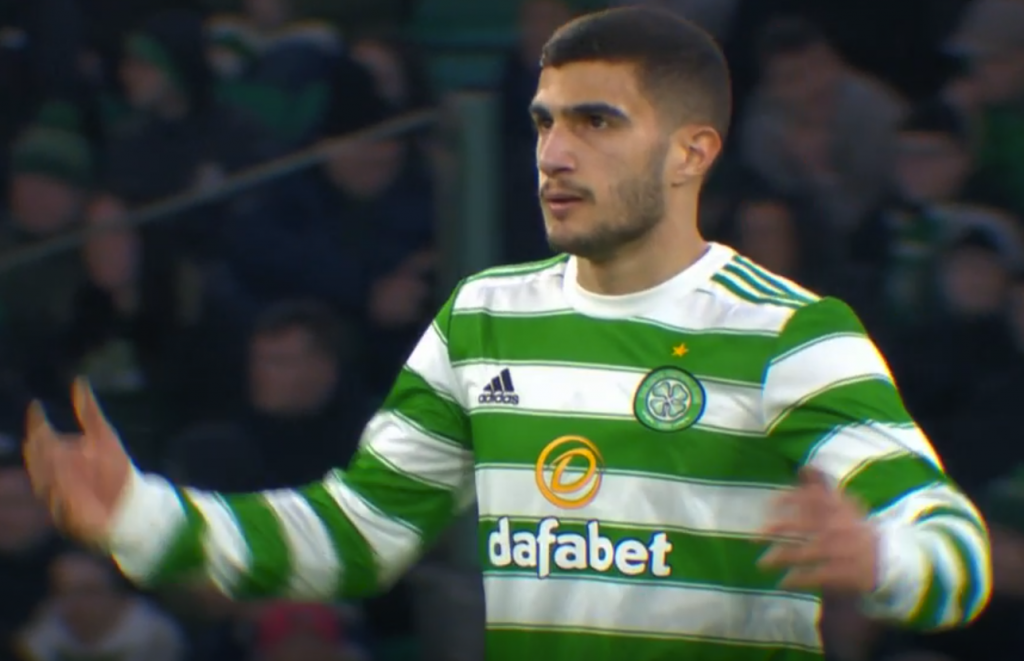 OOPS…Liel Abada reacts after his shot has just been saved by Jak Alnwick.

Postecoglou insisted yet again he was not interested in how other teams fared. While his side were overcoming Stephen Robinson’s club, Giovanni van Bronckhorst’s Ibrox outfit were also gaining three points with an early strike from Glen Kamara giving them a narrow win over relegation-threatened St Johnstone at McDiarmid Park.

The Celtic manager added: “I still don’t know how they’ve got on, mate. I don’t care.

“It makes no difference to us. For us, what’s important is we know if we’re winning games of football we’re going to be in good shape.

“What’s important, like I said, is what we’re doing. We’ve got a big challenge on Sunday, another tough game.

“I think you’ve seen every game has an edge now, everyone’s playing for something and that’s great, it’s what you want. Every team will just be focused on themselves.”

The Hoops, with nine games to play, travel to Livingston at the weekend and, amazingly, have yet to score against the West Lothian club after two blanks in a 1-0 loss and an 0-0 stalemate in Glasgow.