CELTIC hero Jackie McNamara is “awake and talking” after being taken to hospital with a suspected bleed on the brain.

The 46-year-old former Hoops and Scotland international defender was left fighting for his life after collapsing at home at the weekend.

His condition at Hull Royal Infirmary was described as “critical but stable” yesterday.

However, there are reports he has since come round and has been communicating with family and medical staff.

Parkhead boss Neil Lennon and his former team-mates Henrik Larsson, Simon Donnelly, John Hartson and Alan Stubbs were among a number of people who have sent their well wishes.

His friend Darren Jackson confirmed his ex-colleague had been “in and out of consciousness” and he planned to visit him today.

Speaking about McNamara on PLZ Soccer, he said: “It was incredible. Saturday night I was just going into the Falkirk v Hearts game and Craig Hinchliffe phoned me and told me what had happened.

“I called Sam (his wife) right away and she told me what had happened, but the positive news is that he’s had the operation and he was in an induced coma, but we’ve just heard, I spoke to Tommy Johnson who was at the hospital today, he’s up speaking. 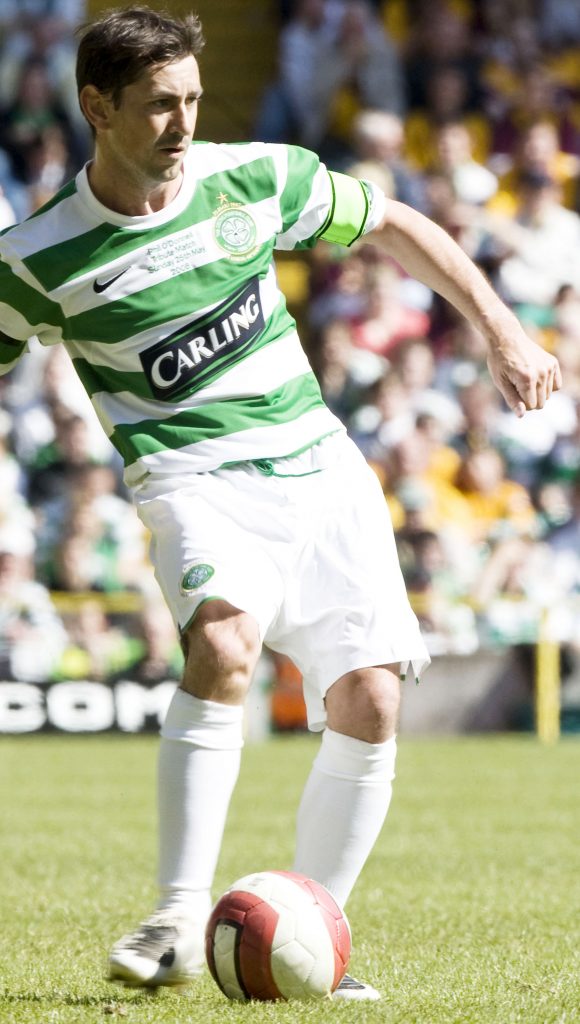 “He’s in and out of consciousness.

“They were thinking seven to 10 days he was going to be in an induced coma, but he’s speaking today which is very positive.

“I’ve played with him, I was his agent on his coaching staff. He’s a winner.

“It doesn’t matter about football with all of what’s happened, but see when you’ve played for the Old Firm for 10 years, you’re a strong character because of the demands every single day.

“He’s very focused, he knows what he wants. He was a pleasure to play with and it is great to call him a pal.

“I’m going down tomorrow and I’m looking forward to seeing him.

“I think it’s one step at a time right now and I don’t think they were expecting what has happened today. I don’t think anybody will be getting carried away.”

Former Celtic and Scotland keeper Alan Rough added: “If Jackie Jr has the same fight Jackie Sr had I’m sure everything will be okay.

“Jackie Sr will be devastated. He followed him everywhere and was very supportive of everything he did.

“It is the family you think about and just hope everything goes well.”