JONJOE KENNY is being backed to provide the answer to Celtic’s £11.5million problem.

The Hoops will urgently require a new and dependable right-back as they put together a fresh squad for a crucial upcoming campaign.

Kenny arrived hours before the deadline after agreeing a loan switch until the end of the season. The 23-year-old defender made his debut in the 4-0 win over Kilmarnock at Rugby Park and has now turned out seven times with the side conceding only three goals during his appearances.

Former Hoops centre-back Alan Stubbs, who coached the player in the Goodison Academy, is urging his old club to make sure his protege remains in Glasgow.

CQN reported at the start of the month the Merseyside club are poised to drop their asking price for Kenny who will be a free agent when his contract expires at the completion of next term.

The full-back was valued at £10million when Burnley showed an interest in the summer. That price frightened off the Turf Moor outfit. 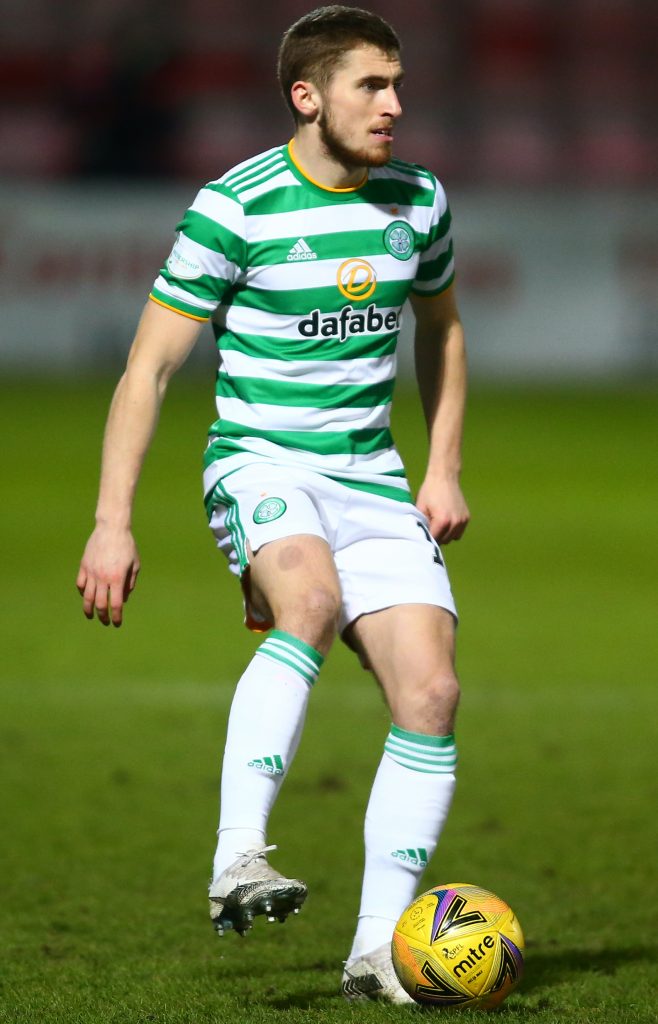 ON THE BALL…Jonjoe Kenny in control.

His value dropped to £7million at the turn of the year when he was allowed to move to Parkhead. It now looks as though the price will be lowered once more as Carlo Ancelotti seeks a long-term successor to Republic of Ireland veteran Seamus Coleman who, ironically, was overlooked by Gordon Strachan during a trial period in Glasgow.

The Italian gaffer, who sent Kenny on loan to Bundesliga club Schalke for the whole of last term, is eyeing a massive cash splash on Norwich City’s Max Aarons which would keep Kenny out of the first-team picture.

Stubbs insisted: “If you are asking me the question about whether Celtic should try to keep him, I’d say it’s a no-brainer – 100 per cent.

“It all depends on what various parties want to do. What Jonjoe wants to do, what Everton want to do. Just as importantly, what Celtic’s next manager wants to do.

“But there are a lot worse options out there than Jonjoe, that’s for sure. And it’s not just about ability with him.

“It’s what he brings to the party in terms of everything else. There was never any doubt about Jonjoe being a good player, but I can’t speak highly enough about him. Just as important as talent, Jonjoe is just a really good guy. 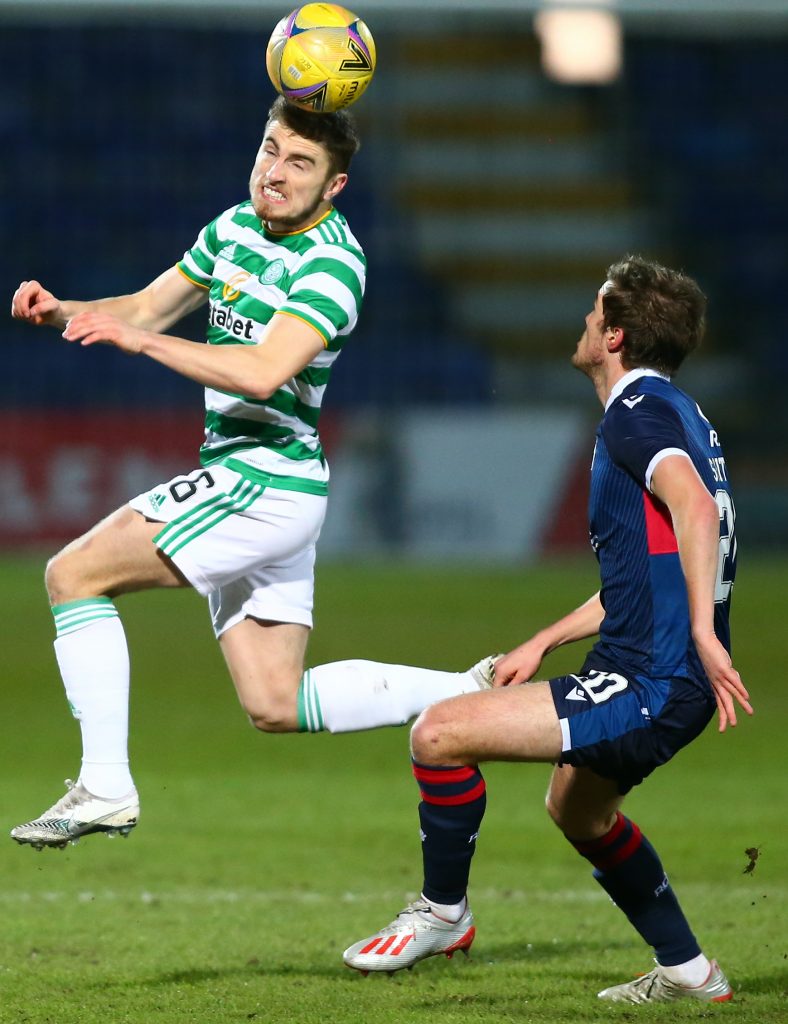 HEAD BHOY…Jonjoe Kenny takes to the air against Ross County.

”It’s not just his ability, take that away. Speaking about an individual and as a person, he was a pleasure.

“Everything you want to see in a player who you want to do well, he epitomises that. His attitude, his desire, the affection in terms of the effect he has on others is brilliant.

“Sometimes, as a coach or as a player, you go into training and need a lift. He gives that lift, he’s that type.

“He’s infectious, he’s bubbly, he’ll set a tempo and tone in training whilst also having a laugh and a joke because he has good banter.”

Stubbs, speaking to the Daily Record, added: “I would imagine he’s having a good influence on a number of players already.

“There’s always a good indication of how players are valued and rated amongst the group when you watch a game and look for how many times the bigger players give it to other players.

“Sometimes in a game you don’t have time to think. But sometimes you do and you give it players who you think can handle and deal with the ball. Jonjoe is no exception to that.”