ANGE POSTECOGLOU insists Filipe Jota is ready to take his game to a new level at Celtic.

The Celtic manager was impressed by the Portuguese flyer’s stunning 59-minute performance in a competitive 2-2 draw with Blackburn Rovers in the friendly at Parkhead this afternoon.

Jota, who signed a permanent £6.5million deal in the summer after a convincing season-long loan from Benfica, scored and starred before making way for Mikey Johnston.

Postecoglou said: “There’s no ceiling to Jota’ s potential. He was very good today. The attacking players rely on feeling fresh with their athleticism and their speed.

LINING UP THE SHOT…Filipe Jota takes aim as the ball drops to his trusty right foot.

“I know people said we re-signed two players in Jota and Cameron Carter-Vickers this summer. But I think we’ve signed two better players than we had last year. That’s why we brought them in. There’s no reason why Jota can’t go further and take his game to another level.

“Last year was probably the first season he settled somewhere. You got the sense that he felt really good at the club within this group.

“That was his first year of really making an impact. Our job is now to make sure we take him to that next level and give him that chance. He’s a really focused, ambitious guy, so I’m sure he’ll do that.”

The Hoops were caught cold when Sam Gallagher scored for the Championship side in only 21 seconds, but Jota thumped in a right-foot leveller in the 16th minute and 11 minutes later David Turnbull flashed in the second for the Hoops via a free-kick just outside the box. 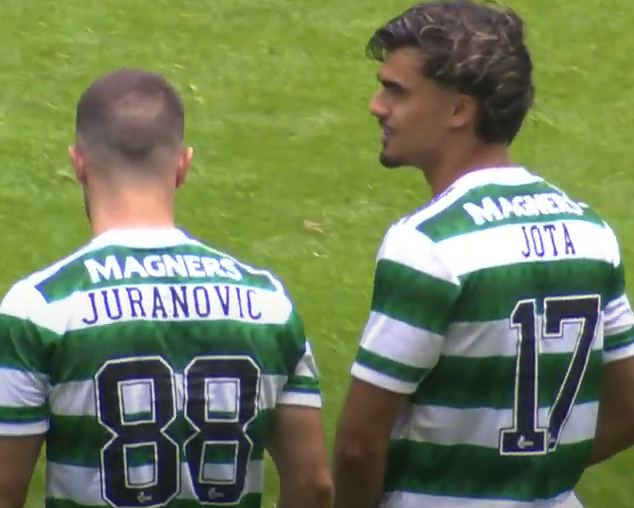 WE’RE BACK…Josip Juranovic and Filipe Jota after the 2-2 draw with Blackburn Rovers.

The Ewood Park outfit, who had four players booked by referee Kevin Clancy while Johnston and James McCarthy also went in the book, snatched a 75th-minute equaliser when Chilean international Brerton Diaz placed a deadball drive beyond the stranded Beni Siegrist, a substitute for Joe Hart at the interval.

The Swiss keeper had earlier made commanding stops from Diaz and Gallagher, twice, in a good first appearance as a Celt at Parkhead.

Postecoglou is still determined to add at least two new recruits to bolster his squad after Carl Starfelt, Giorgos Giakoumakis and Reo Hatate missed the return to the east end of Glasgow while Anthony Ralston, a second-half substitute for Josip Juranovic, limped off with a knock near the end.

The Greek-Australian gaffer, speaking to the Sunday Mail, continued: “We’re definitely going to add a couple of players. We’re working hard on that and would expect to do it in the next seven days.

“We’ve had to be patient, that was more important than rushing. 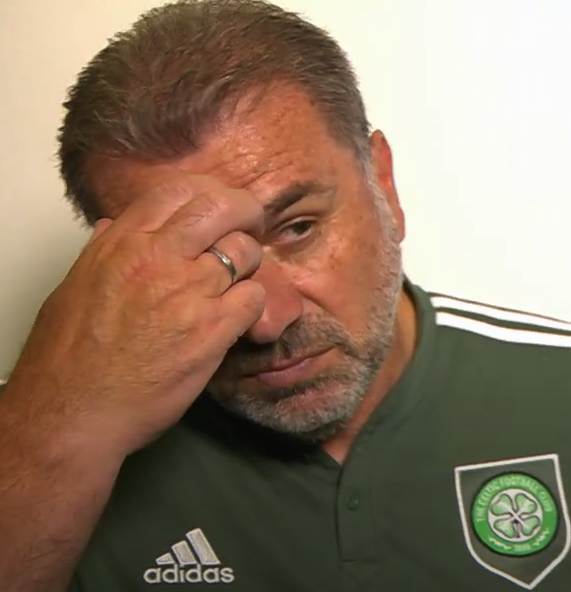 GAME OF PATIENCE…Ange Postecoglou has has had to wait to get the right players in.

“I’m confident we’re close to the end point in bringing in a couple that will help.

“The squad is looking really good, but on days like today we want to make sure we don’t lose our effectiveness when a couple are missing.

“The reality is that we’ll play close to 60 games this season.”

Postecoglou added: “The Champions League on a weekly basis will add stress to the squad which is why I’m keen to get a couple more in, to make sure we’re strong and robust.

“Last year it affected our ability to perform at a really high level. I’m not saying we’ll have a bigger squad, but it’ll be more robust with quality.

“Hatate is okay, but fell ill on Friday, so we had a decision to make. 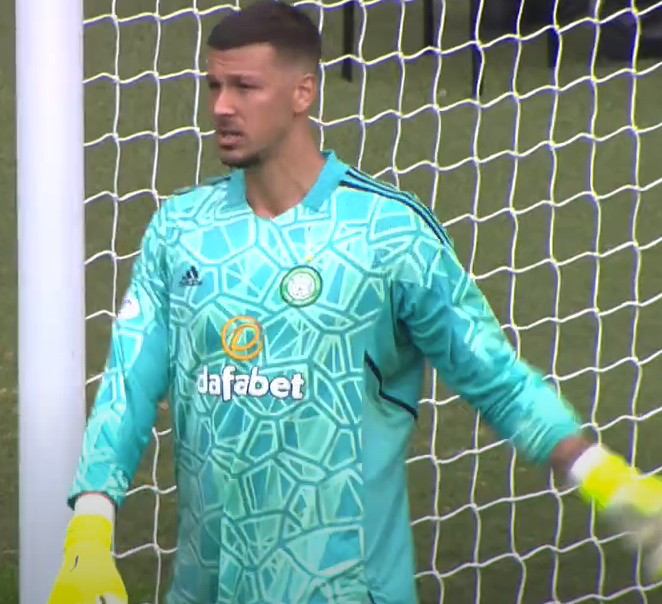 GOOD FIRST IMPRESSION…Benji Siegrist shone after taking over from Joe Hart at the interval.

“Gio has taken a couple of personal days because his missus is due to have a baby. But we sent a personal trainer with him, so he’s not getting away with it!

“Ralston is alright, he got a cut on his foot and a couple of stitches, but nothing serious.”

The competitive action kicks off a fortnight tomorrow when Aberdeen provide the opposition in the east end of Glasgow on Flag Day.