DEFIANT Brendan Rodgers insisted Celtic “have no fears” as they prepare for the Champions League crunch on Tuesday night after this evening’s 1-1 draw with AEK Athens at Parkhead.

The Hoops blew their chance of taking an advantage to the Olympic Stadium after Callum McGregor had given them a dream start with a superb goal.

But some slack defensive play allowed the visitors, who finished the tie with 10 men, to equalise just before the interval and they held on to get an unlikely draw.

However, Rodgers is still confident his team can finish the job in Athens, despite failing to cash in on their superiority in the east end of Glasgow in front of a packed Parkhead.

He said: “We had such a bright start and we scored a fantastic goal through Callum. I couldn’t have asked for more from my players and the crowd were great, too.

“Of course, it was a disappointment to give away a goal at such a vital time. Really, it was a mistake from ourselves that cost us. 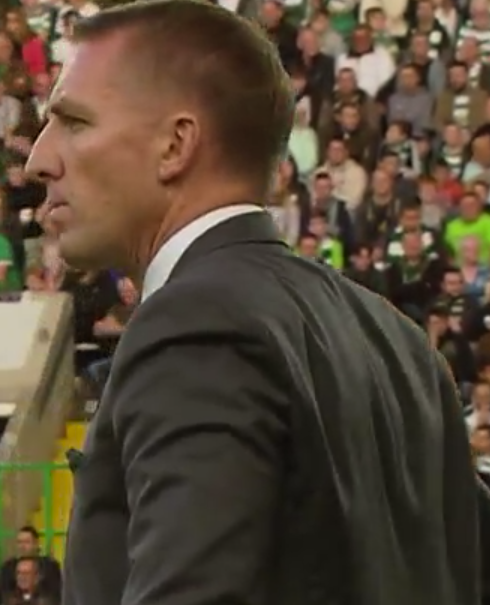 “I think they were looking for half-time and we were on top.

“But it ended 1-1 and it’s all in the balance. However, there’s nothing to fear.

“I am proud of the boys and we will go there with great confidence.

“Tonight we couldn’t get that final breakthrough I thought we deserved. We got into good positions and out fitness levels were good, but our final pass could have been better.”

Rodgers, who is likely to be without Kristoffer Ajer for the return after the Norwegian’s harsh booking, doesn’t think AEK will spring any surprises on their own ground.

He added: “I believe it will be pretty much the same over there. They play 4-4-2 and when they had their player sent off it just went to 4-4-1.

“I don’t expect it to be any different. But it’s all to play for at the moment.”