Celtic Quick News on News Now
You are at:Home»Latest News»POSTECOGLOU DEFENDS McCARTHY: ‘I DIDN’T HAVE A GREAT DAY AT THE OFFICE, MATE’
By CQN Magazine on 23rd September 2021 Latest News

ANGE POSTECOGLOU has come to the defence of James McCarthy after some over-the-top criticism following the midfielder’s first Celtic start in the 1-0 loss at Livingston at the weekend.

The 30-year-old Republic of Ireland star, who arrived at the start of last month after quitting Crystal Palace as a free agent, was taken off 18 minutes from time as he toiled to make an impression on the dreaded plastic pitch in West Lothian.

But the Hoops boss was quick to make the point he wasn’t alone in failing to make an impact against the Premiership strugglers who celebrated their first win of the season against the Parkhead men. 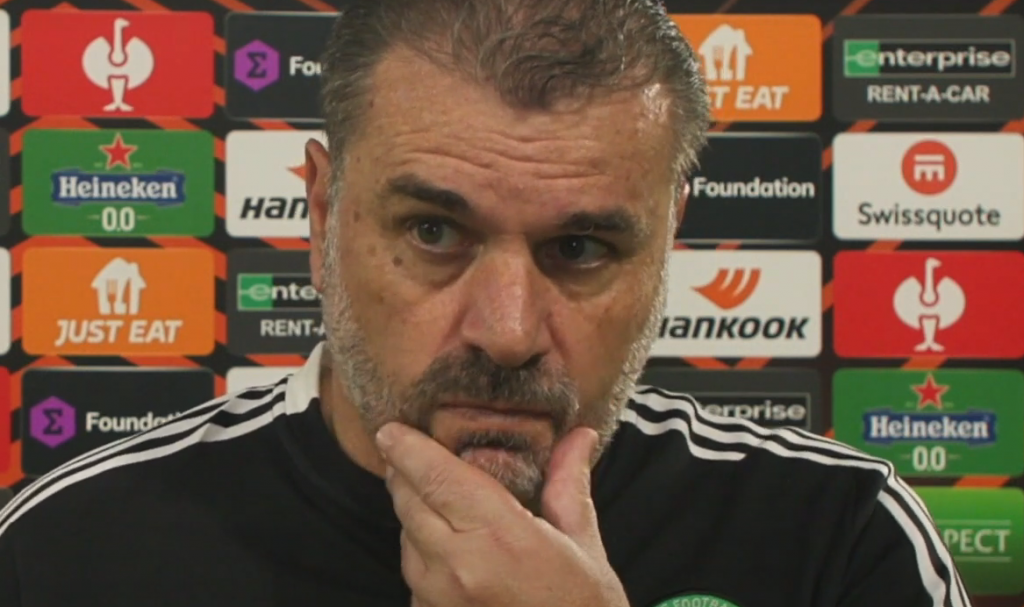 THE THINKER…Ange Postecoglou has a lot to ponder.

Postecoglou said: “Fair or unfair, James is a big boy and I’m sure he’s had plenty of criticism in his career and it was his first game.

“He will be the first to admit he didn’t have a great one, but there were plenty of others alongside him who would also admit the same.

“I didn’t have a great day at the office, mate.”

Postecoglou is also coming in for criticism following the team’s third consecutive away league loss as the side have endured their worst start to a campaign in over two decades.

The Greek-Australian gaffer, who is preparing for tonight’s Premier Sports League Cup quarter-final against Raith Rovers in Glasgow, commented: “We have a responsibility as a whole group to go out there and represent our club and our supporters and those kind of opinions can change pretty quickly.

“There’s no point feeling sorry for myself. That’s not the type of team we want to be or the type of person I am.

“A week or so ago, I said the challenge for us was building some resilience and having an understanding of what you can control, what you can’t control and to make sure we were strong through it. 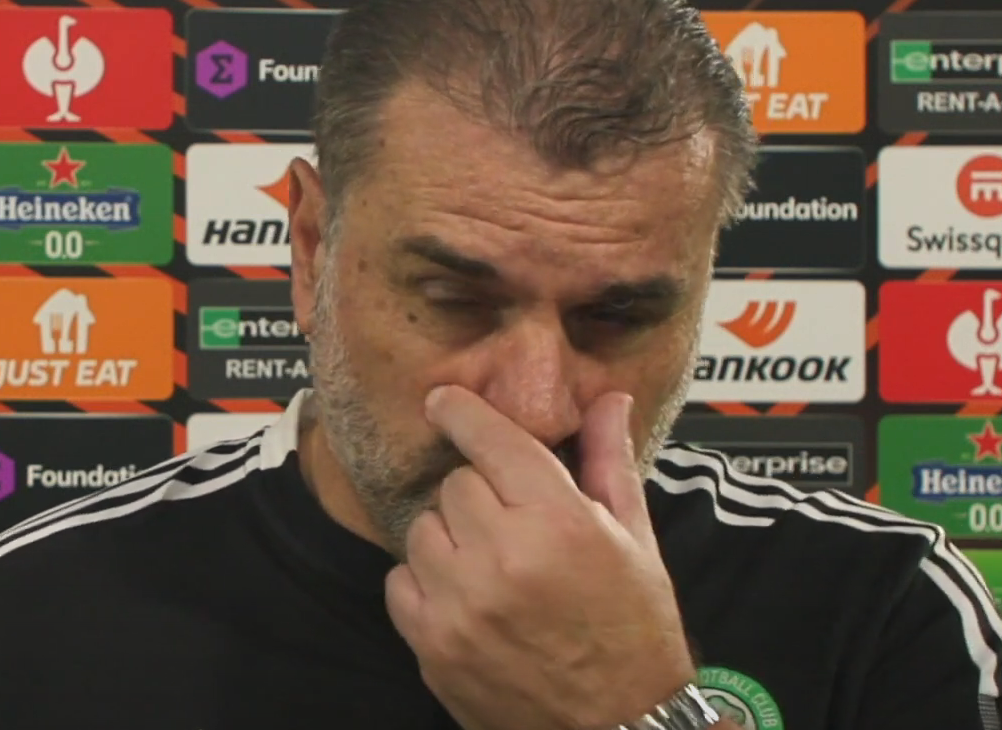 NOT IMPRESSED…Ange Postecoglou knows Celtic are nothing to sniff at.

“Because I know it will settle down. At some point we’ll get into a position where we will have all our players available and get some consistency in our team.

“They say what doesn’t kill you makes you stronger, so we’ll just keep moving on.

“I don’t feel like I’m walking around with a dark cloud over my head.

“I’m still very, very positive about what we are doing and I’ve no doubt we are heading in the right direction.

“It’s just about me making sure the players, and everyone involved in the football club, knows that once we’ve come through this period we’ll be a better club coming out of it.”

Postecoglou’s plans have, of course, been hampered with the loss of skipper of Callum McGregor and top scorer Kyogo Furuhashi while he is also missing the experience of injured Scotland international pair Greg Taylor and James Forrest. 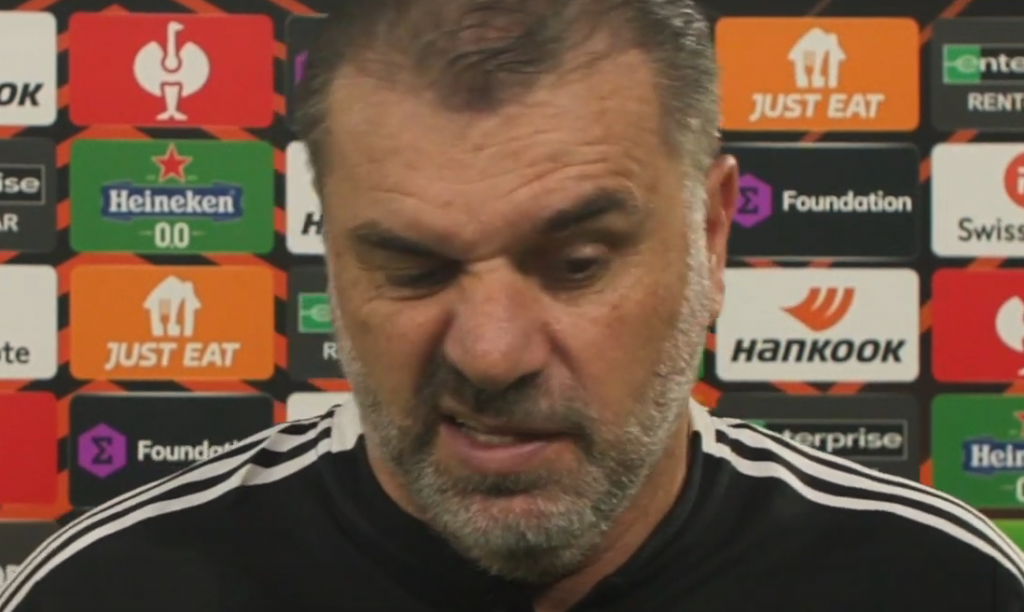 However, Celtic’s next three matches are at Parkhead with Dundee United following Raith on Sunday and then Bayer Leverkusen in the second Europa League Group G encounter a week tonight.

The Hoops chief, speaking to the Daily Record, added: “Our home form’s great, having our supporters there is great, the pitch suits us. Yeah, those factors definitely help with the next three games especially so.

“We’ve had a couple of opportunities we’ve taken this year and we’ve missed a couple. We need to be a team that when opportunities come along, we take them, knowing they won’t always be there.

“This is an opportunity for us to progress to the last four of the tournament and be a step away from competing for silverware and that is what this club is all about.

“So, there is no doubt there will be a great focus to make sure it is a strong performance and most importantly that we progress.”