ANGE POSTECOGLOU ordered his Celtic players to maintain their high-speed attacking game against St Mirren – despite being four goals ahead at the interval.

The points were in the bag against a team left flattened by the ruthless, relentless forward surges of opponents going for the jugular.

The Paisley outfit were also a man down following the deserved red card for Alan Power after a wayward lunge at David Turnbull that could have had serious repercussions for the Hoops star if he had planted his right foot on the ground.

Referee Willie Collum had little alternative but to immediately flash a red card for the out-of-control defender with his team already a goal adrift following a strike from Liel Abada.

With the visitors depleted, the Israeli jet-paced winger headed in a second and Turnbull thumped in two – one from long range and another from six yards – before the arrival of half-time.

THE WAY FORWARD…Ange Postecoglou in relentless pursuit of goals and glory.

With a dangerous trip to the Netherlands on Thursday for the return leg of the Europa League play-off final against AZ Alkmaar, Postecoglou could have told his players to ease up and conserve energy against the dangerous Dutch who will be determined to haul back the Hoops’ two-goal advantage.

However, defender Stephen Welsh, growing in stature with every passing match, has revealed the Greek-Australian was far from satisfied with the four-goal flourish – and demanded more from his team in the second period.

The 21-year-old centre-back said: “The intensity was there right until the end. That’s what the gaffer said at half-time.

“Even though we were four goals up and they were a man down, he said that the next 45 minutes we had to keep up that intensity, show a level and show how good we were.

“I thought we did that. We could have scored more goals, but winning 6-0 you’ll definitely take that.

“We were creating so many chances that it could have been anything in the first-half.” 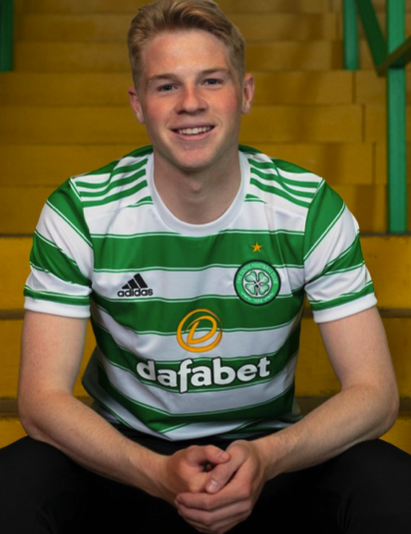 Turnbull completed his first-ever hat-trick six minutes from time after Odsonne Edouard had knocked in the fifth while overworked keeper Jak Alnwick performed heroics in denying Kyogo Furuhashi and Tom Rogic with fabulous reflex saves during a one-sided half.

Welsh, speaking to the Glasgow Times, added: “We didn’t let the intensity drop and were still creating chances and trying to score goals with all the forwards getting involved.

“We’re just taking it each game now. We’ve a massive game on Thursday. Going away in Europe is always going to be a tough game. So, we’ll rest and recover and get ready for that one and try to keep the run going.

“We showed the other night that we can compete with any team at that level. With the intensity we are playing at, they found it hard to handle.

“I thought it was a really good game against AZ. We’re expecting another tough one – another high intensity game. We know we can go over there, create chances and score goals.”

Celtic have claimed a breathtaking 24 goals in their last six games and no-one would bet against them adding to that tally in Alkmaar in three days’ time.