Celtic Quick News on News Now
You are at:Home»Latest News»RODGERS AND THE PROBLEM PILE-UP
By CQN Magazine on 3rd February 2019 Latest News

BRENDAN RODGERS has hit by a problem avalanche following this afternoon’s 2-0 triumph over St Johnstone in Perth.

OUT of the Premiership visit of Hibs in midweek are injured double-act James Forrest and Odsonne Edouard and the suspended Kristoffer Ajer who saw red in stoppage time at McDiarmid Park.

DOUBTFUL is Swedish right-back Mikael Lustig who failed to resume after the interval to allow on-loan German Jeremy Toljan to make his first appearance for the champions.

STRUGGLING could be midfield playmaker Ryan Christie was barely able to move in the fading moments of an encounter where he took a few sore ones. 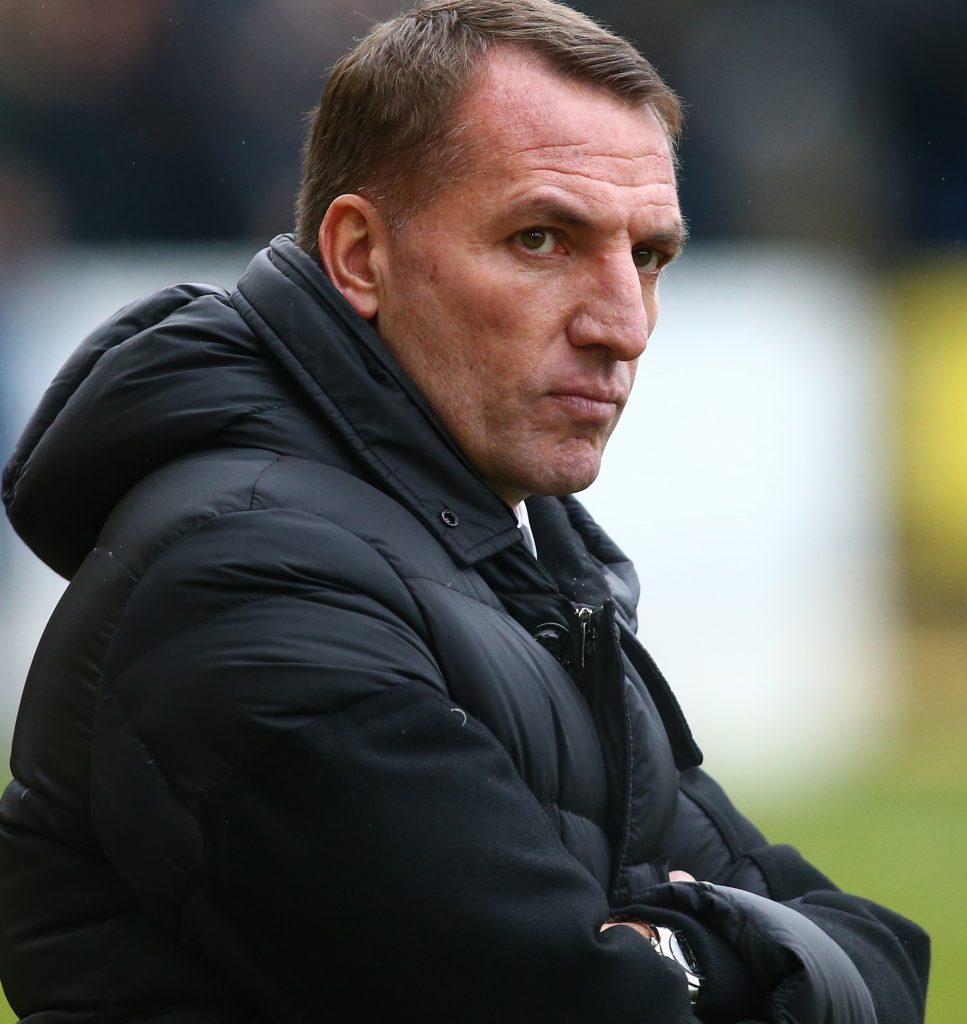 Rodgers saw his side move six points clear at the top of the Premiership with late strikes from Forrest, his last action before limping off to leave the Hoops with nine men, and substitute Timothy Weah, who had replaced the unfortunate Edouard.

The Irishman said: “It was an eventful game. James felt tightness in his hamstring and it was too big a risk for him, so we had to take him off and played that last 12 minutes or so with 10 men.

“Odsonne, when you watch it, he’s just got the studs right on the front of his foot, so that’s a real sore one but Timothy came on and made a huge impact, like he can do.

“He’s a wonderful kid, comes in and creates a goal. I think the last goal shows the desire of the team if you watch Callum McGregor and Scott Sinclair.

“Timothy gives us that great enthusiasm for the game. He’s very natural in his play and his movement and touch for the first goal was fantastic.

“We’ve got options and we’ve got players coming back. I think that shows the strength of the squad.”

Sportingly, Rodgers credited the Saints for their resolute display and accepted his men were fortunate to not go behind in the first-half. 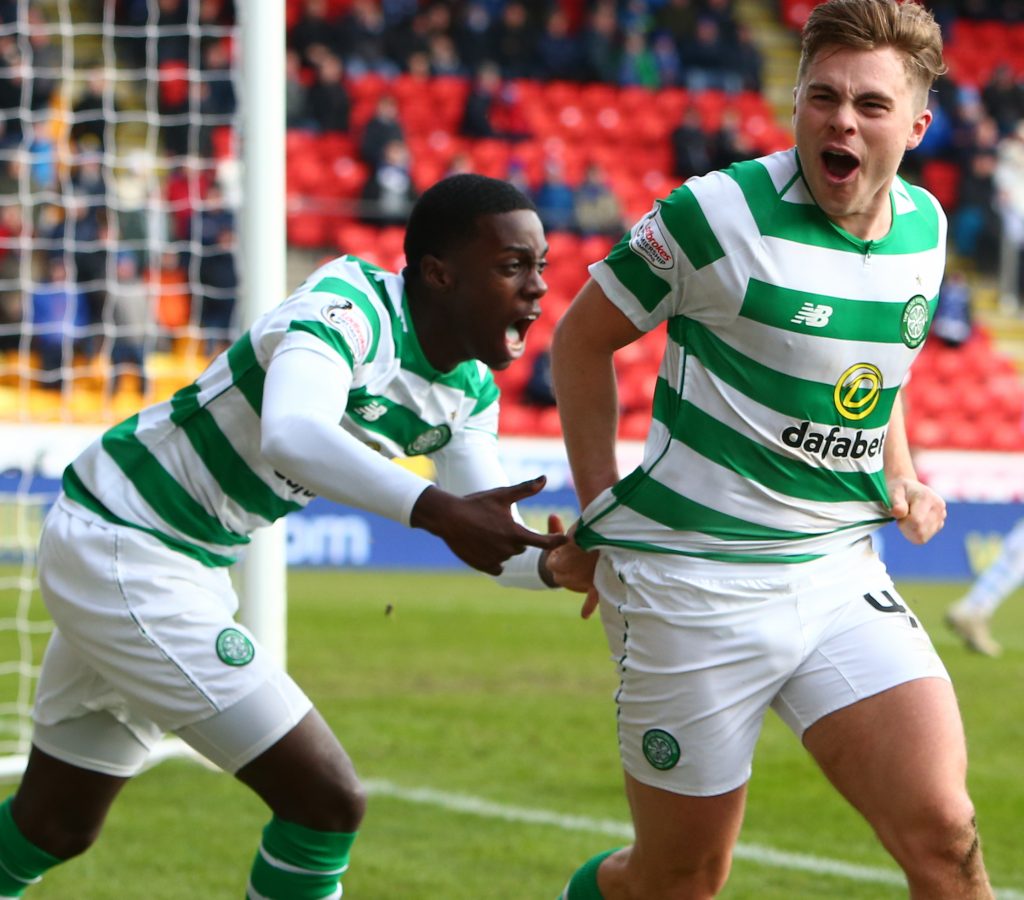 ECSTASY AND AGONY…James Forrest celebrates his goal with Timothy Weah before he hirpled off moments later. Pics: Geo.

He added: “They worked so hard. They’re brave players at St Johnstone and it was a game where we had to keep working. I thought we did that throughout.

“The second-half, possession was better and gradually we worked them and got our two goals. It was a fantastic win for us.”

Rodgers has seen his side beat the Perth outfit four times in this campaign, scoring 11 goals without conceding a solitary effort.