CHAMPIONS Celtic had to scrap all the way for their 2-0 victory over St Johnstone at McDiarmid Park yesterday – a win that restored Brendan Rodgers’ side’s six-point advantage at the Premiership pinnacle.

It was a very different story from their previous trip to Perth in October when, quite remarkably, the Hoops led 5-0 at the interval with James Forrest claiming four goals in a scintilliating 45 minutes.

Coincidentally, it fell to the Scotland international winger to provide the breakthrough strike on this occasion, but this time the visitors had to wait until the 78th minute before Forrest raced onto a neat cross from impressive substitute Timothy Weah to thump the ball beyond heroic keeper Zander Clark.

The American, on loan from Paris Saint-Germain, doubled the advantage in the 89th minute following a breakaway effort with some mesmerising high-speed combination work between Scott Sinclair, Callum McGregor and himself before Weah first-timed an unstoppable drive into the net for the points-clincher.

CQN‘s ace lensman Geo was on the spot to capture some of the best of the action from the dramatic confrontation. Here is the pick of the pics. 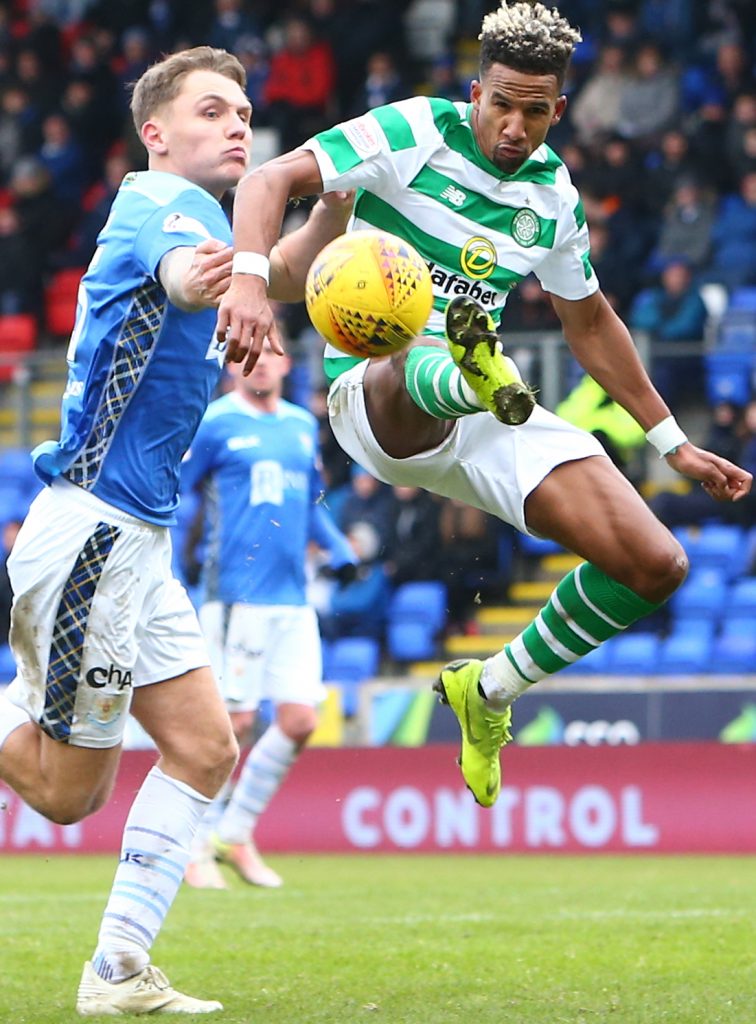 FOOTBALL BALLET…Scott Sinclair is the perfect study in motion as he brings the ball under control while watched by Saints defender Jason Kerr. 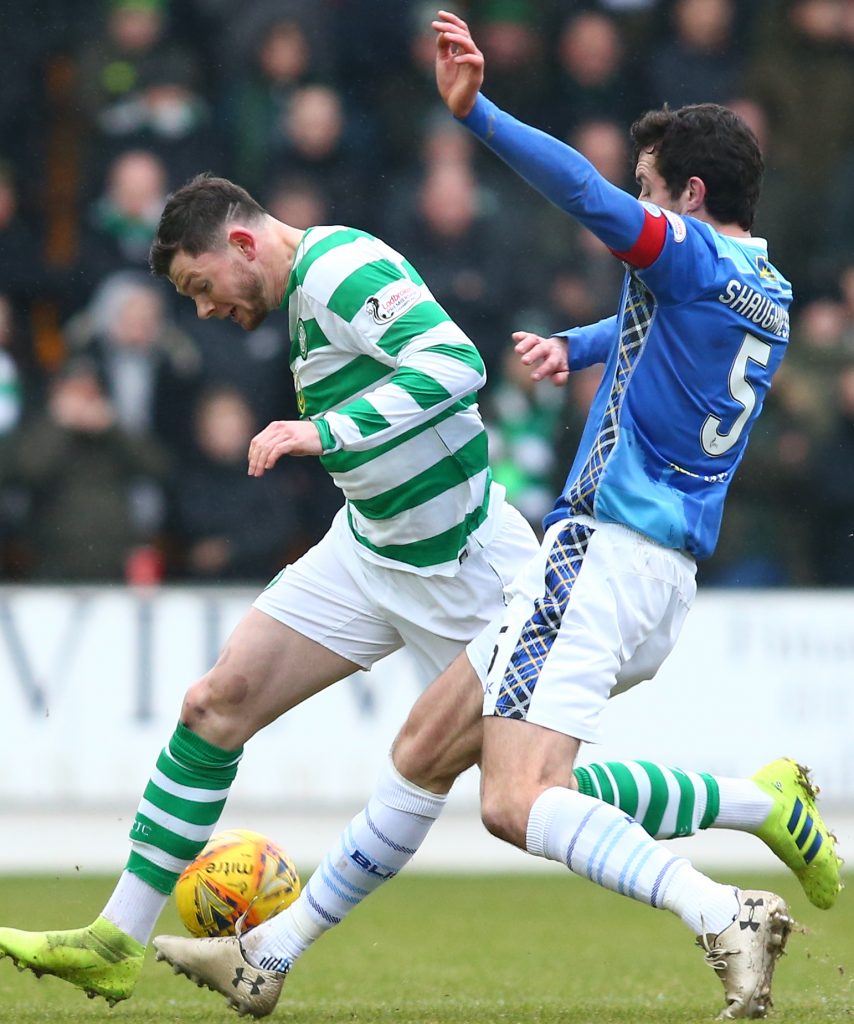 NICK OF TIME…Oliver Burke is out of luck on this occasion as Joe Shaughnessy gets his foot to the ball. 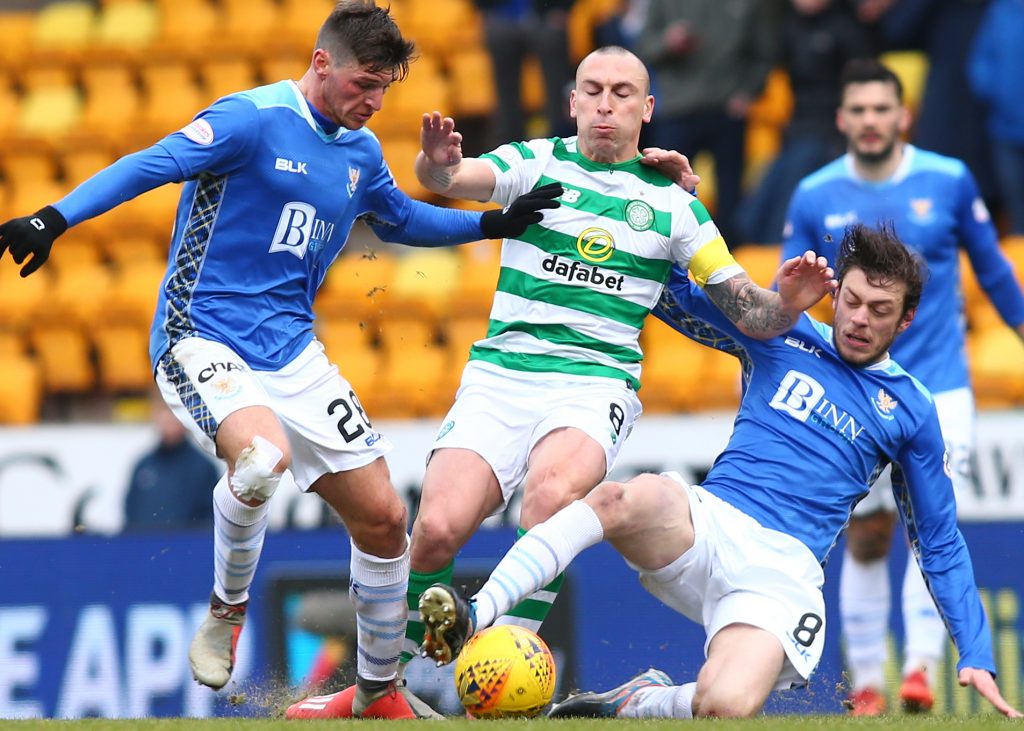 MAN IN THE MIDDLE…the odds don’t deter skipper Scott Brown from bursting through. 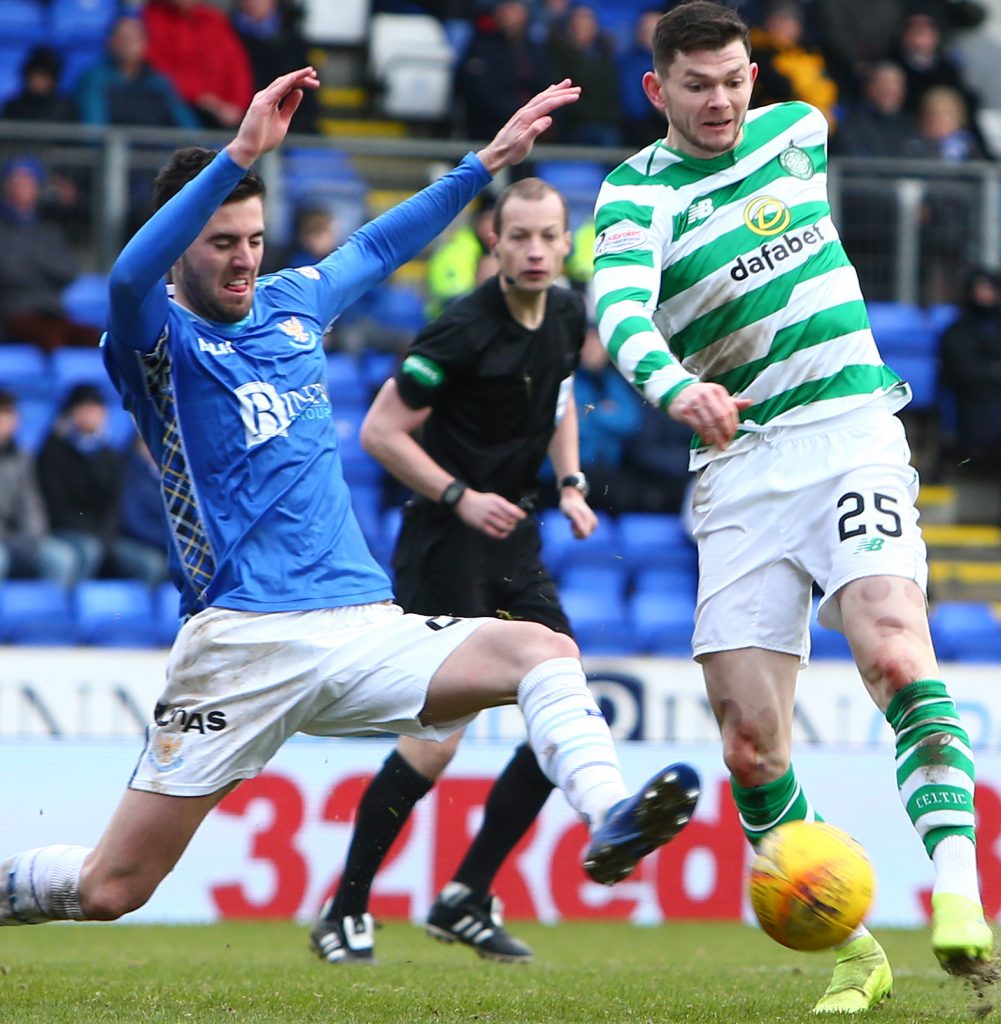 BY THE LEFT…Oliver Burke attempts to power in a shot while under pressure. 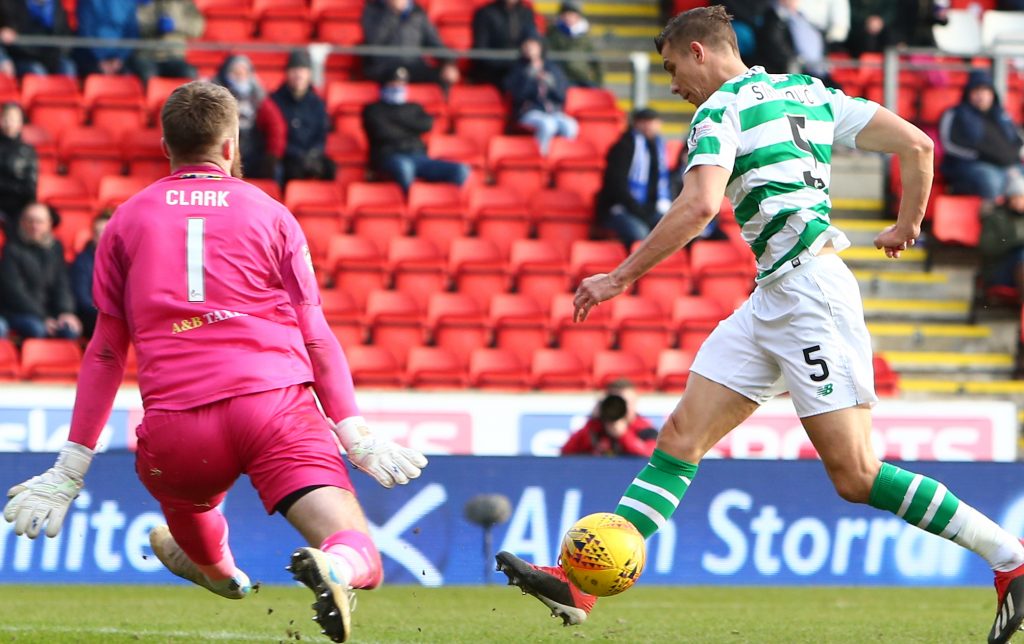 IT TAKES TWO…Scott Sinclair and Richard Foster tangle for the ball. 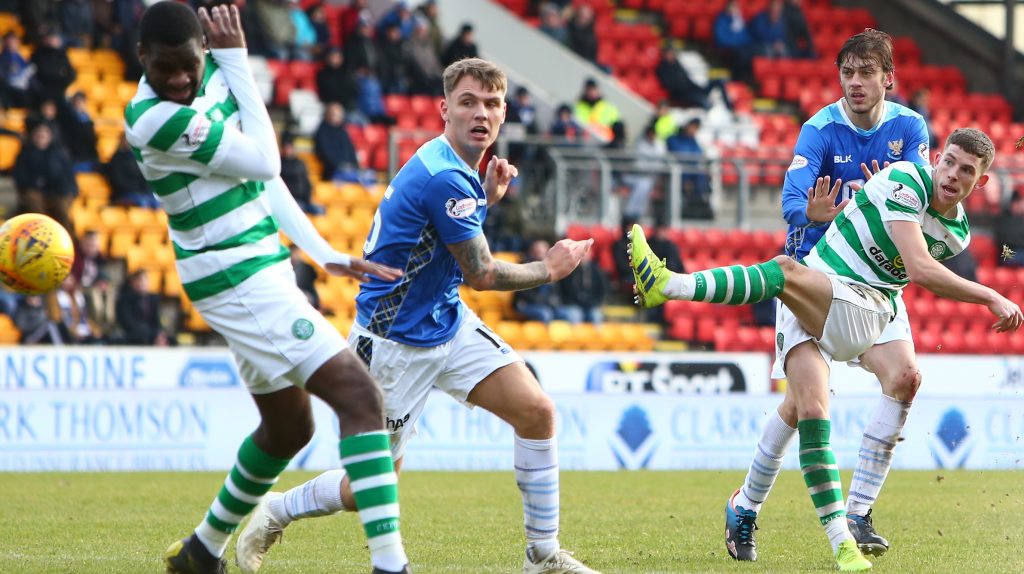 WHAM…Odsonne Edouard gets out of the way of a left-foot drive by team-mate Ryan Christie while Saints’ Jason Kerr and Murray Davidson look on. 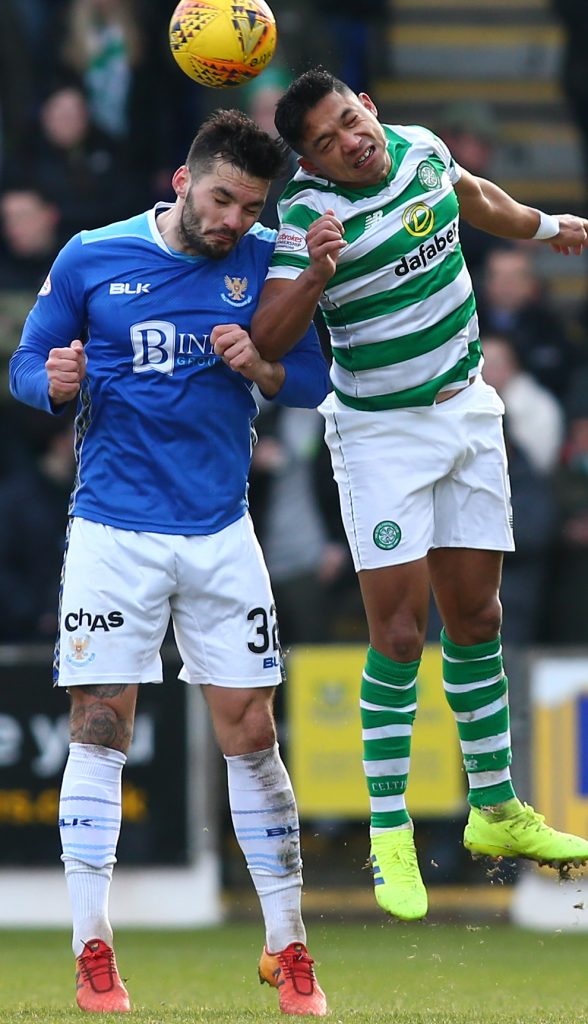 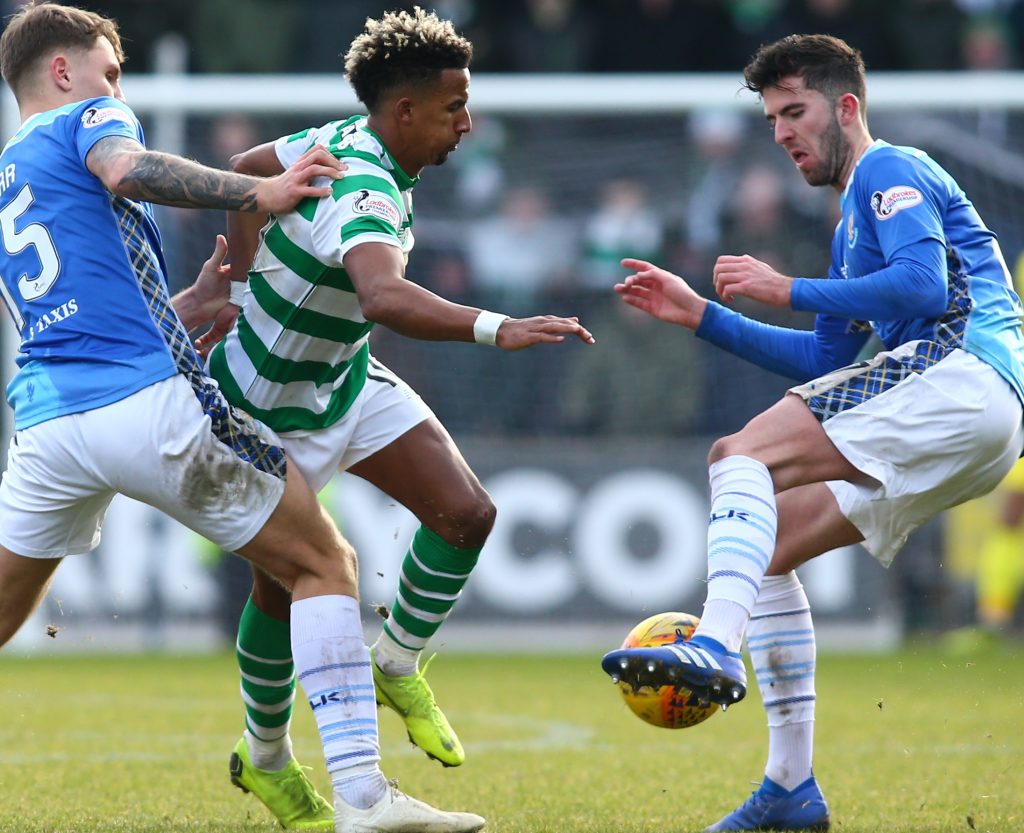 PUTTING ON THE PRESSURE…Scott Sinclair tries to drive between Saints’ double-act Jason Kerr and Sean Goss. 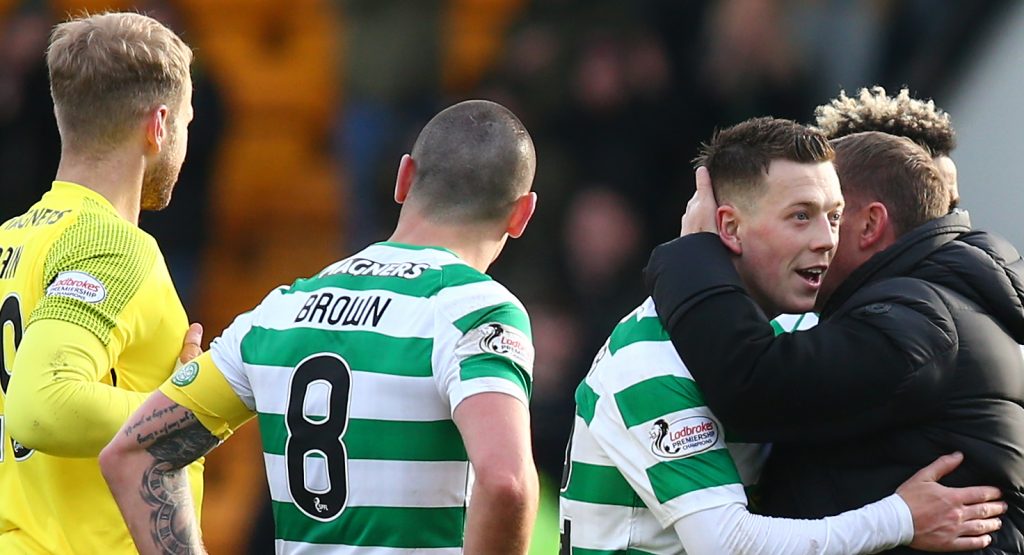 HAIR-RAISING…Brendan Rodgers looks as though he has copied Scott Sinclair’s rather distinctive hairstyle as he congratulates Callum McGregor at the end of the game while Scott Bain and Scott Brown await their turn. 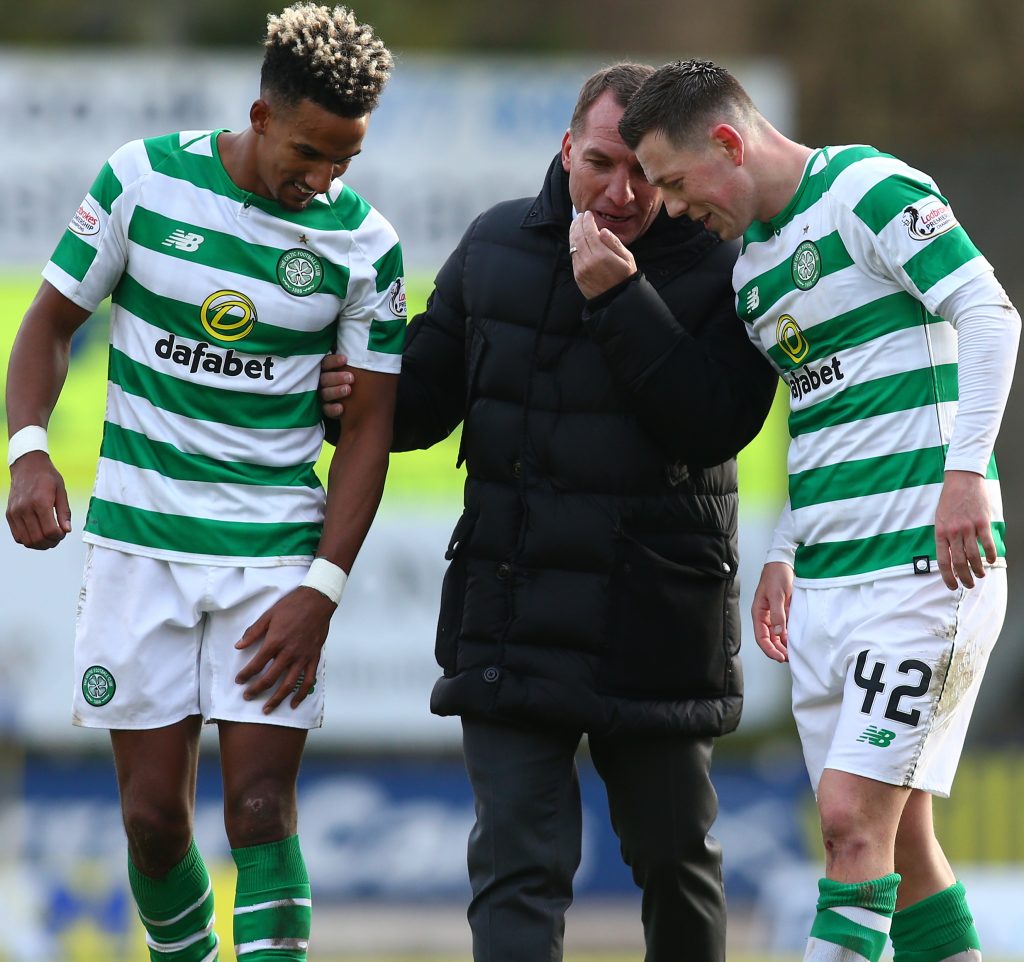 HAVE YOU HEARD THE ONE ABOUT? Brendan Rodgers shares a joke with Scott Sinclair and Callum McGregor as they come off the pitch. 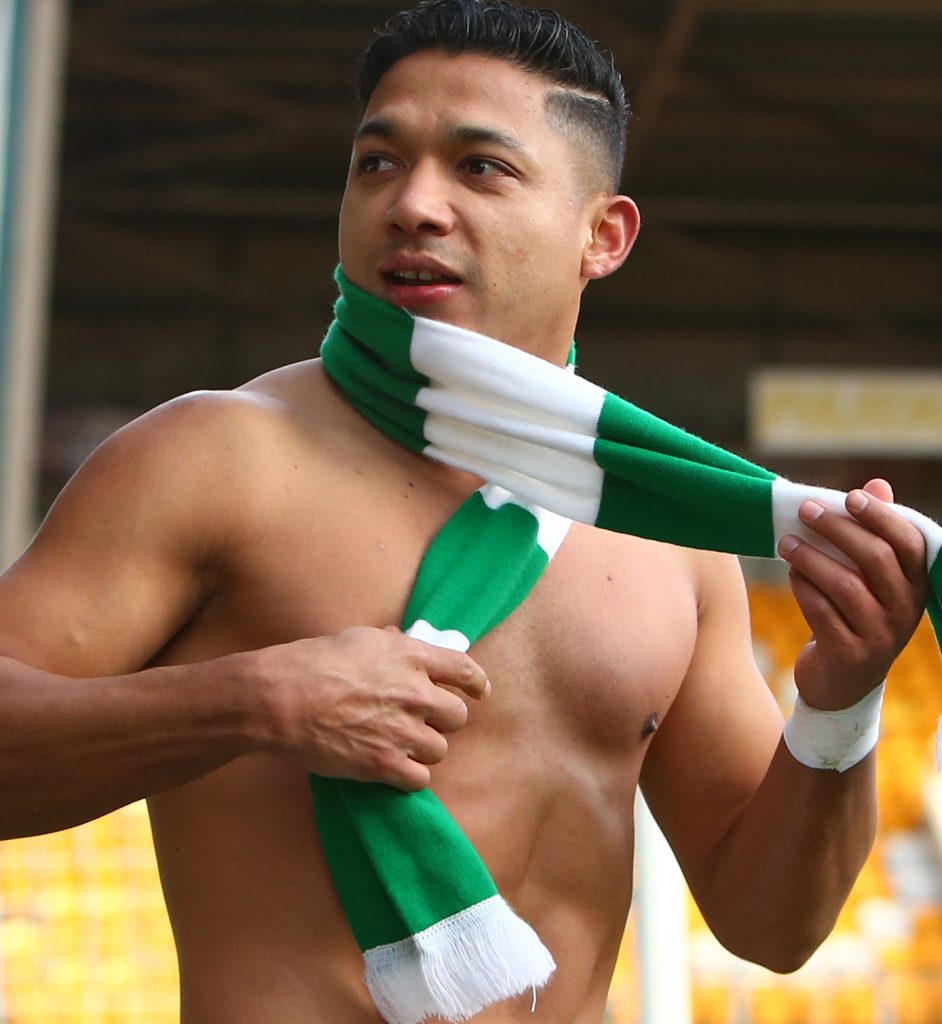 SCARF ACE…Emilio Izaguirre, minus his shirt, wraps up on a cold afternoon in Perth. Pics: Geo.