Celtic Quick News on News Now
You are at:Home»Latest News»ROGIC DOUBT AS ALLAN AWAITS HIS CHANCE
By CQN Magazine on 23rd January 2016 Latest News
TOM ROGIC is a doubt for Celtic’s Premiership confrontation with St Johnstone at Parkhead this afternoon.
The Aussie midfielder sustained a knock in the runaway 8-1 triumph over Hamilton Accies on Tuesday night and didn’t make an appearance after the interval.
New £2million signing Erik Sviatchenko will be introduced to the fans, but is not yet ready to make his debut. Fellow-central defender Dedryck Boyata is set to sit it out again as he strives to recover from a hamstring injury.
Nigerian international Efe Ambrose is poised to line up again alongside Jozo Simunovic for the fifth successive encounter. 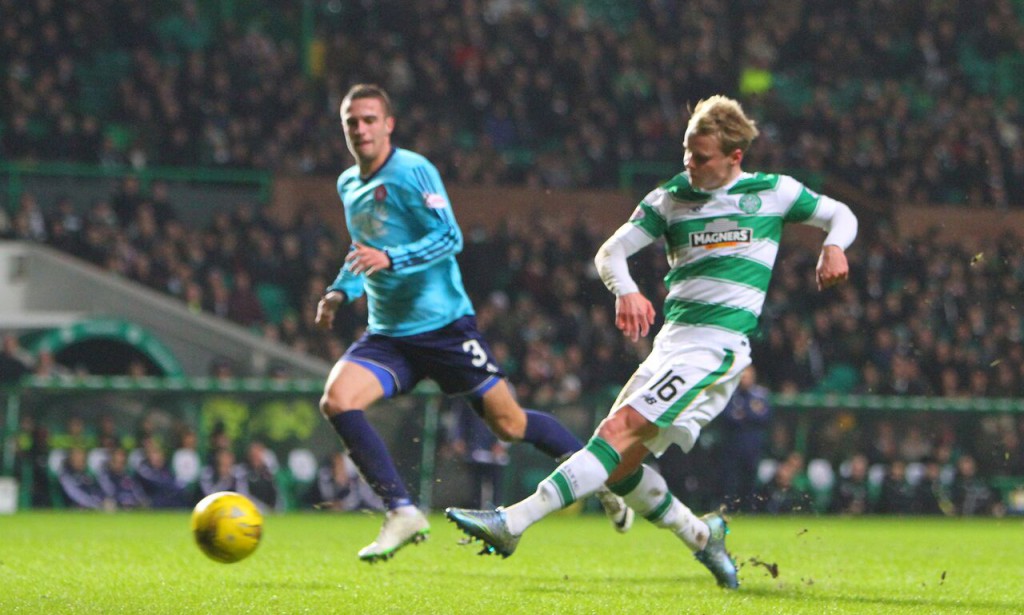 Gary Mackay-Steven impressed against Accies on his first Premiership start since October, while Scott Allan is also pushing for his first league start after replacing Rogic and having an impressive 45 minutes on Tuesday.
Ronny Deila said: “It’s a sign we have a good squad. We train them well and everyone is ready when we give them a chance.
“We also had subs coming on making a difference. Everyone has to perform when they get the chance. I was delighted with the performance of the players on Tuesday and that’s the way to get more playing time, as well.”

Long-term injury victims Scott Brown and Charlie Mulgrew are ruled out again while £500,000 midfielder Ryan Christie, who has returned to the Hoops following his loan spell at Inverness Caley Thistle, is still battling to overcome his knee problem.

Meanwhile, Deila said he will look at Ljuban Crepulja for another week in or so in training before deciding whether to push through the transfer of the Croatian midfielder.
The champions are seeking a fourth consecutive league victory having scored 13 goals in the previous three in the wins over Partick Thistle (1-0), Dundee United (4-1) and Hamilton (8-1).
On-fire frontman Leigh Griffiths is just three goals short of the magical 30 for the campaign.
A win today will give the Hoops a six-point advantage over Aberdeen who beat Dundee 1-0 with a goal from Adam Rooney at Pittodrie last night.