FUMING Hibs boss Paul Heckingbottom blasted referee Kevin Clancy over his “scandalous” decision not to send off Celtic’s Olivier Ntcham in the 1-1 draw at Easter Road.

The French midfielder was involved in a flashpoint moment after being fouled by the Edinburgh side’s Josh Vela.

There was the usual pushing and shoving, but Heckingbottom was convinced the Hoops star should have seen red.

The Englishman, speaking to the Evening Times, said: “I don’t like moaning about the refs, but one decision in particular is scandalous.

“For me that should’ve been a sending-off.

“It should’ve then been the pattern of the game, but we’ve been let down.” 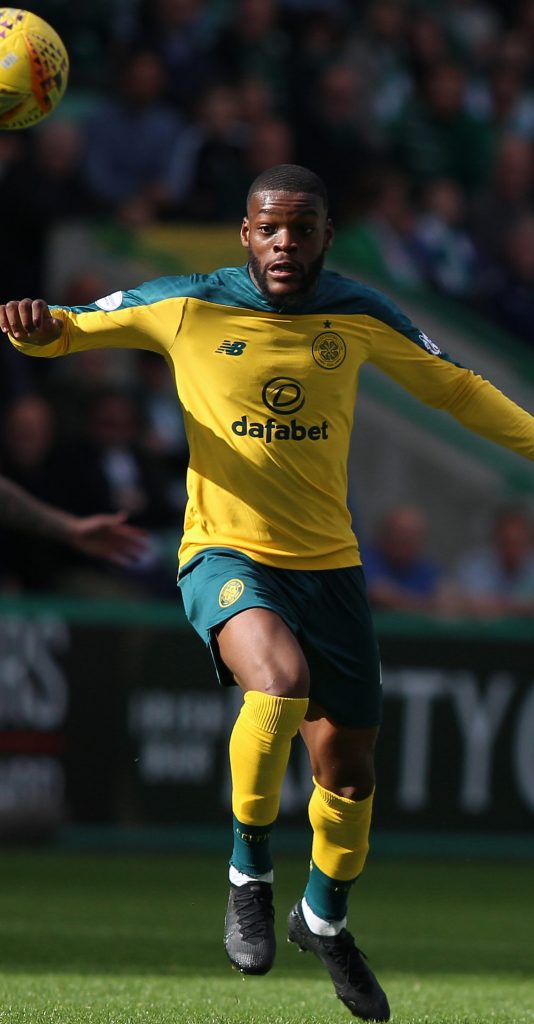 EYES ON THE BALL…Olivier Ntcham keeps his concentration.

Ntcham and Vela were both booked for their part in the incident in a fiercely-fought encounter where the whistler flashed eight yellow cards.

Neil Lennon witnessed the flare-up as the opponents tussled and, in CQN’s report yesterday, promised: “You’ve got to keep your hands down.

“I’ll speak to Oli about that, I don’t know what the provocation was. Maybe both players merited a yellow card.

“There was a lot going on out there today.”

Furious Heckingbottom was also ordered to the stand in the opening half after lashing out at a plastic water bottle that unfortunately struck assistant ref Alan Mulvanny.