Celtic Quick News on News Now
You are at:Home»Latest News»SEVCO SHAME: ‘NO NEED FOR RACISM,’ SCOTTY SINCLAIR
By CQN Magazine on 1st May 2017 Latest News
SCOTT SINCLAIR has posted a picture on social media showing the alleged racist abuse he suffered after scoring the first goal in Celtic’s 5-1 win over Sevco Rangers at Ibrox.
The Hoops star highlighted a still from footage of the game at Ibrox apparently showing a man making a monkey gesture. 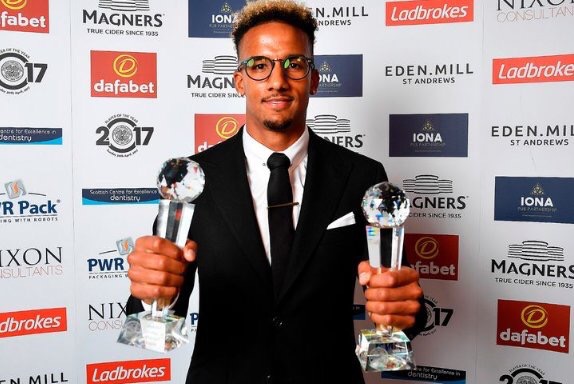 Sinclair accompanied the picture with the message #notoracism.

Writing on Twitter on Saturday, the Englishman said: “What a team performance yet again, the fans were right behind us from start to finish.

“Just a shame to end the game and seeing the ignorance of people no matter what team u support there is just no need for racism!’

Asked about the incident of a man running on to the pitch, Celtic boss Brendan Rodgers said: “‘I haven’t seen it again, there was so much more happening in the game.

“It’s not nice when something like that happens, but I only caught the tail end of it, really.”

To make matters worse for Sevco, prominent supporters leaders jumped onto social media yesterday, amid the widespread condemnation of the racist behaviour among the Ibrox support, to justify the racism and lay the blame on Sinclair and his fellow Celts for celebrating their goals in front of the Sevco Rangers support.
Mikael Lustig must surely be excused from this criticism as he ran towards an empty Govan stand when number five went in.
ALSO ON CQN TODAY
Tierney Happy to Pitch In…READ HERE
We should have scored TEN say Lustig…READ HERE
Celts salute Scotty Sinclair…READ HERE
It’s Miller Whine!…READ HERE

IT’S FATHER’S DAY NEXT MONTH AND YOUR OLD BHOY WILL LOVE THIS!